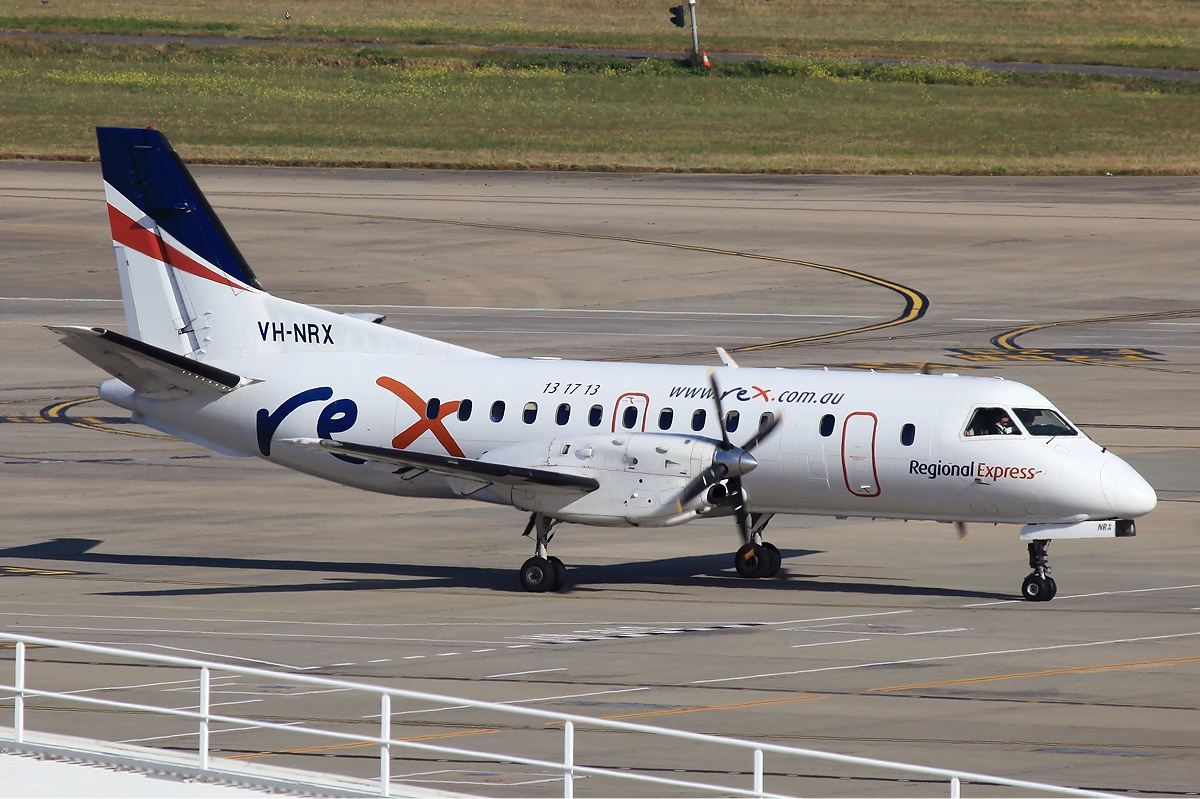 LONDON – Australian carrier REX has received an additional Saab 340, that has come from the United States.

The aircraft in question is VH-ZPO, a 23.9-year-old aircraft at the time of writing, having started out with Mesaba Airlines in September 1998.

In the same month, it was transferred over to Northwest Airlink under the Mesaba name, before remaining in that position until October 2008, when it started operations for Delta Connection.

Four years later, the aircraft was then handed over to Silver Airways, before being stored at Bangor Airport in April 2020 until the delivery of the aircraft was made by the Bank of Utah to REX.

“These routes include Sydney to Albury, Broken Hill, Coffs Harbour, Merimbula, Orange, Port Macquarie, and Wagga Wagga, as well as Melbourne to Mildura and Adelaide to Port Lincoln.”

“In addition, we will continue to bring our highly-coveted regional services to new destinations that have been suffering from price gouging and bad service by the incumbent monopoly operator, just as we are going to do so for Devonport, which will receive our services from 19 August.”

“At a time when the other operators are in complete disarray, with massive cancellations, many truckloads full of lost baggage, and reduction of schedules, Rex continues to grow its services with outstanding reliability – the latest Bureau of Infrastructure and Transport Research Economics performance results released today, show Qantas having a shocking On Time Departure rate of 58.7% compared to Rex’s 82.7%.”

One unique statistic from this is that REX operated the most Saab 340s out of any other carrier in the world. VH-ZPO will be aircraft #61 of the Saab fleet, which will also complement the six Boeing 737-800NGs in the fleet.

The recent partnership with Cobham Aviation Services Australia regarding the acquisition of its regional arm bolsters the view that the regional market for REX is ever-growing.

For the Saab 340 fleet, REX won’t be getting rid of them anytime soon. Earlier last week, the carrier announced it would be electrifying its fleet of aircraft through a new relationship with Dovetail Electric Aviation.

The pairing will operate under the auspices of the Dovetail brand and will develop and certify the conversion to zero-emission electric powerplants onto legacy aircraft.

The conversions will focus on the regional and general aviation markets.

It remains clear that REX’s growth strategy is something that is working for the airline, and the Saab 340s are paramount to this strategy.

Looking ahead, it’s going to be interesting to see what the airline does next. Now they have larger Boeing aircraft, and also the fact that they are growing the Saab fleet, there doesn’t seem to be space for fleet replacement?

Either way, whatever they are doing, they know it’s working. And that’s all that matters in what is a very volatile area of the aviation industry.