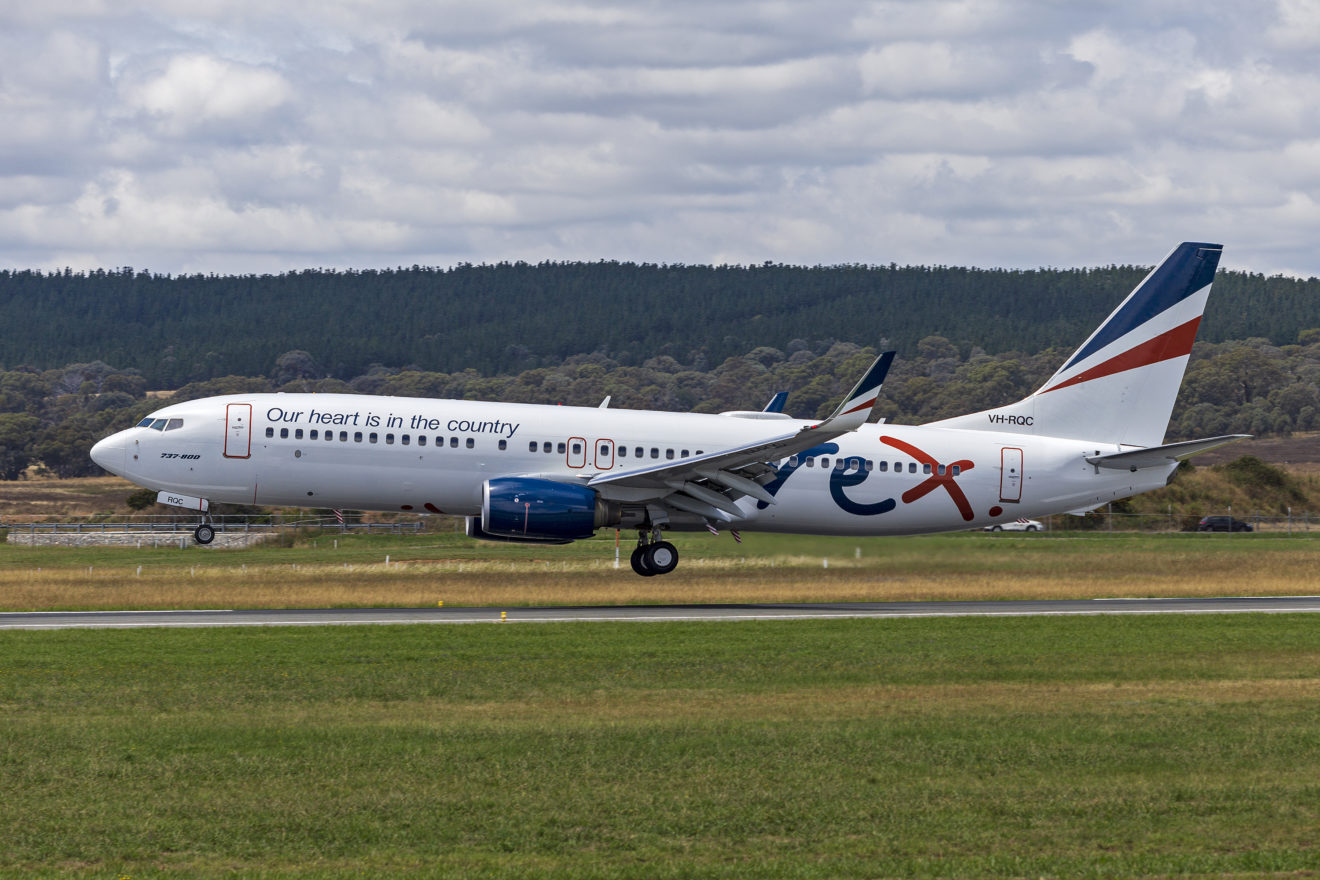 OSLO – Australian regional airline REX (ZL) has taken delivery of their 7th Boeing 737-800 NG in Brisbane. The airframe is set to take flight for Rex in early September and is a major piece of Rex’s capacity evolvement.

The aircraft in question, a 7.8-year-old VH-MFM, was ferried as 2-WTFL from Montepellier, France (MPL) to Brisbane, Australia (BNE), where it arrived on August 30th.

The delivery was flown through the UAE and Malaysia before entering Australia. The ex-Jet Airways (9W), Vistara (UK), and Samoa Airways (OL) airframes underwent heavy maintenance checks at an engineering facility in Montepellier (MPL) before being painted in the orange and blue Rex livery.

The aircraft is suspected to be leased from Irish leasing company Fly Leasing.

VH-MFM will be the youngest Boeing 737 of the seven to join Rex’s Boeing fleet. The addition enables Rex to add more capacity on the flights between Brisbane, Melbourne, and Sydney.

Deputy Chairman of Rex, John Sharp, said the following about the new delivery – “Our seventh aircraft allows us to meet the ever-increasing demand for Rex’s services given the shocking reliability on both Qantas and Virgin Australia.”

Sharp also adds – “Demand for Rex flights is so great that we are urgently looking for another two Boeing 737-800 NGs, which we hope to deploy by Q2-Q3 of this Financial Year.”

As early as last month, Rex took delivery of yet another SAAB 340 aircraft, adding one more to their already enormous SAAB fleet.

It’s their regional backbone, it’s growing, and Rex is showing no signs of cutting down on their SAAB fleet anytime soon.

Rex is in high competition with Qantas subsidiary Qantas Link (QF) for the regional market, for the smaller airports and cities within Australia. In a step to also reduce carbon emissions on the regional network, Rex recently announced their plans to go convert their turbine-powered aircraft fleet to electric aircraft in a strategic collaboration with Dovetail Electric Aviation.

Rex and Dovetail will operate together to develop and certify the conversion of zero-emission power plants to legacy airplanes.

Rex’s 737 fleet plays a massive role in the airline’s job in connecting the three cities of Brisbane, Sydney, and Melbourne, which is by some, called “The Golden Triangle”.

Rex has heavy competition on these routes, competing with both Qantas (QF), Virgin Australia (VA), and Jetstar (JQ).

Four months ago, Rex chairman John Sharp, explained that he was optimistic for growth in the domestic market with borders opening and travel becoming more common.

As we can see in the latest statement from chairman John Sharp in the delivery of the 7th Boeing 737, demand has increased rapidly as they are already looking for two more 737 NGs to further expand the capacity that Rex wishes to do.