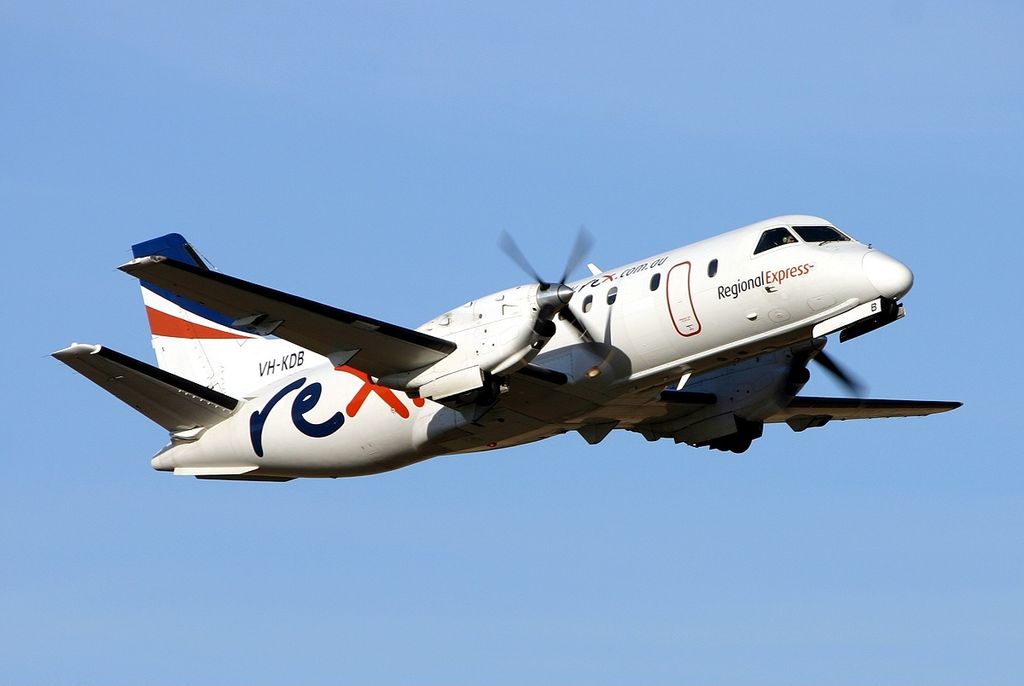 LONDON – Last month Australian regional carrier Rex Airlines announced the proposed expansion of its regional services with the inauguration of flights between Perth and Devonport, Tasmania. This month it has announced the proposed pricing schedule for the new route – establishing a set of lower fares to the current Qantaslink offering for the route.

The new service has ruffled a few feathers, and is the latest in the ongoing rivalry battle between Rex Airlines and Qantaslink, the regional airline owned by national carrier Qantas.

Qantaslink have been servicing the ‘short-hop’ Melbourne-Devonport route for several years unopposed.

Rex Airlines vs The Roo

It became the latest development in the war of words between the two airlines, with Rex accusing rival Qantaslink of “predatory behaviour” on regional route services.

In last month’s press statement which advised of the new Melbourne-Devonport route to be serviced by their SAAB 340 fleet, Rex’s Deputy Chairman, the Hon John Sharp AM, claimed that the local community had suffered poor service and ‘price gouging’ by Qantas, saying:

“This new Rex route Melbourne to Devonport carried pre COVID close to 150,000 annual passengers and we have been courted by the local community for over 2 years because of the price gouging by Qantas, the sole carrier on the route, and because of the very poor service levels.”

Mr Sharp went on to claim that it was Qantas’ fault that Rex was pushed to opening the Melbourne-Devonport service, citing their ‘predatory attacks’ as the cause:

“We did not respond earlier to the pleas of the community as we had limited resources then and we wanted to give priority to our existing network. Qantas predatory attacks on Rex’s network mean that we no longer can support the marginal routes and we need to channel our resources to the biggest regional routes where the financial returns are much better.”

Announcement of ticketing and a further swipe

Earlier this month, Rex advised that tickets are now on sale for its new Melbourne-Devonport route, which will commence services on 19 August.

At the core of Rex’s new Devonport service is a twice-daily weekday service that facilitates day-return travel from Melbourne and Devonport in both directions, with Melbournians now finally able to arrive in Devonport before 9am.

It seems Rex couldn’t resist a further swipe at its rival, reminding everybody that the local community had ‘solicited’ Rex’s services, and pointing out QantasLink’s poor performance:

“We have been solicited for years to end the suffering of the local community, which has endured almost two decades of high prices and unreliable services by QantasLink, the incumbent monopoly operator,” said Warrick Lodge, Rex General Manager of Network Strategy.

“In May, for example, QantasLink had an On Time Performance of 60.7% (way below the records set by Tiger before it closed down), compared to Rex’s 76.9% for regional services.”

“We are immensely pleased that today we are finally able to respond to their pleas,” Mr Lodge said. “For the first time ever, Rex’s trademark and highly sought-after Community Fare scheme will be brought to Devonport, priced at an affordable $149 each way.”

“Rex and its predecessor airline Kendell Airlines serviced the Melbourne-Devonport route between 1989 and 2005, so it is somewhat of a nostalgic return for us.”

“August 2022 is a milestone month for Rex as it will mark our 20th Birthday, and it is fitting that we are able to commence the Devonport service in this month as part of our anniversary celebrations.” “Rex’s convenient flight schedule, affordable fares and superior reliability will deliver the much needed socio-economic benefits to the communities of Devonport and the northwest coast of Tasmania as they recover from the devastation of the pandemic.”

Devonport is the third largest city in the Australian island state of Tasmania, and looks onto the Bass Strait which separates the mainland to the north. It is Rex’s third destination in Tasmania as the airline already operates frequent services to Burnie and King Island.

“Rex will continue to evaluate opportunities to fly to other Tasmanian cities in the future and we welcome expressions of interest from these local communities,” Mr Lodge added.