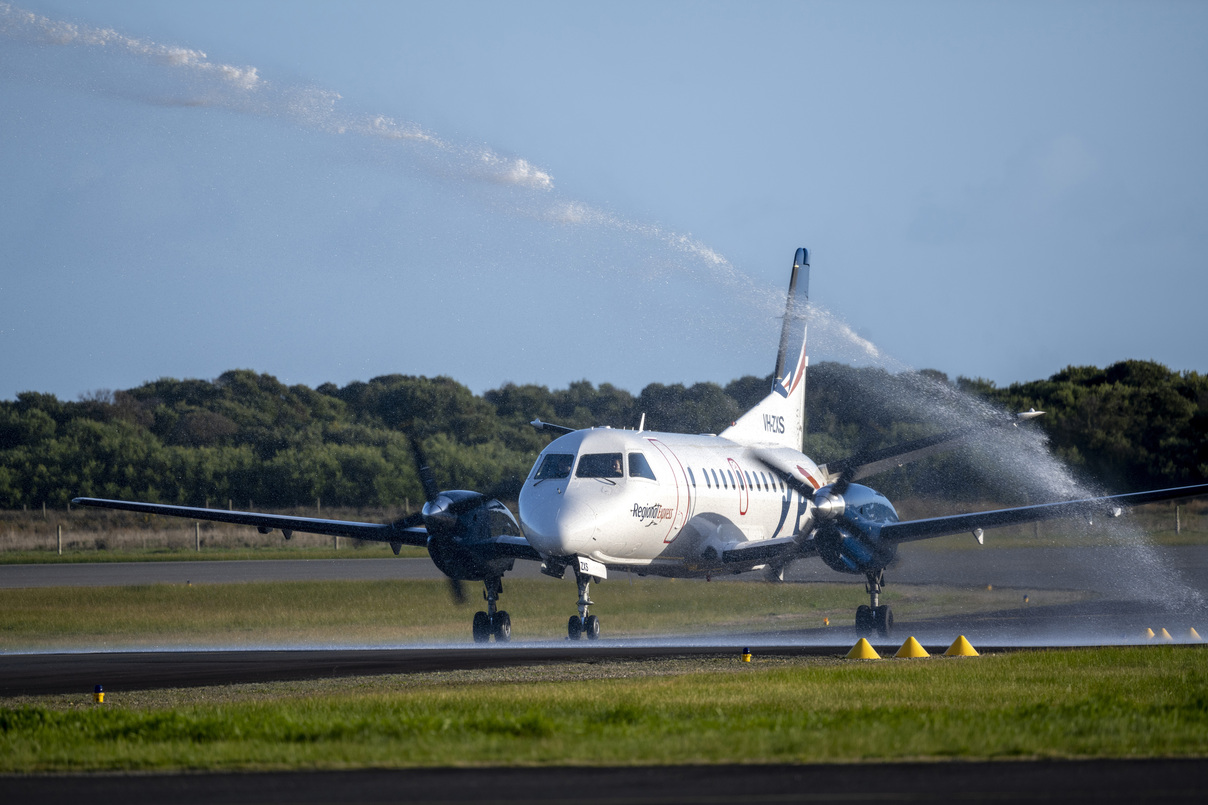 OSLO – Australian regional carrier Rex Airlines has been named Airline of The Year at the inaugural Australian Aviation Awards for 2022.

Airline of the Year

On September 5, Rex Airlines was announced as the winner of the title in this year’s Australian Aviation Awards. Rex Chief Operating Officer (COO), Neville Howell, accepted the award and paid a tribute to the airline’s Executive Chairman, Lim Kim Hai, as well as all the other 1650 Rex staff across Australia.

In a statement from the Chief Operating Officer, he says: “We are very fortunate at Rex to have fantastic baggage handlers that don’t lose bags, great flight crew and flight attendants, fantastic airport staff and the most magnificent people in admin – they have all helped us through this difficult period.”

The year 2022 has been an exceptionally busy year for the Australian regional carrier, after seeing their regional turboprop Saab fleet continue growing, touchdowns in new destinations, the airlines’ agreement with Dovetail to transition to electric aircraft and the takeover of regional carrier National Jet.

Just one month ago, Rex added yet another Saab 340 aircraft to their already massive fleet of what was then 57 Saab 340s, which are being used operating in the Australian regional market.

As well as taking delivery of yet another Saab, Rex recently also took delivery of their seventh Boeing 737-800 aircraft, which is to serve with an increased capacity on “The Golden Triangle”, between Brisbane (BNE), Melbourne (MEL) and Sydney (SYD).

Along with this, Rex touched down at Devonport Airport (DPO), located in northern Tasmania, with their Saab 340 service. The flight to Devonport takes flight from Melbourne (MEL) across the Bass Strait.

In late August, the carrier also released their FY22 results, reporting a full year after-tax loss of A$46M on a turnover of A$319M for FY22.

Rex’s Executive Chairman, Lim Kim Hai, had a lot to comment on the results, saying the following in their release: “The lingering impact of COVID-19 meant that passenger services did not start to recover until February 2022. Prior to that, both the Domestic Jet Operations and Regional Saab Operations were either suspended or greatly reduced.”

“Considering that COVID devastated practically three quarters of the FY, and the war in Ukraine starting in February, causing crude oil prices to skyrocket by over 70% during the financial year, peaking at a near record high of A$174 per barrel in June 2022, as well as
other supply shocks on the international economy, I am mildly pleased that our performance is not much worse than it is.”

“The operational statistics for the new financial year have been very encouraging and indicate that we have turned the corner. In July, the Domestic Jet Operations load factor was at an all-time high of 86% whilst the Regional Saab Operations saw higher passenger
numbers, revenue and load factors compared to pre-COVID figures despite 5% less flying.”

“These pleasing outcomes are the result of partnerships with Corporates and Travel agencies that were entered into at the end of the prior FY.”

“We have already seen 35% of the committed monthly amounts for the partnerships in the first two months and we have
every reason to believe that the performance will get stronger in the coming months.”

“We are continuing to see very strong bookings in August with the past week showing a 50% increase over the same period in July last month. Barring further external shocks, I am confident that the Group will return to good profitability in FY23.”

2022 seems to have been an okay year for Rex Airlines so far. With new deliveries, the world opening up to travel, new destinations, and increased demand leading to the orders of more aircraft, Rex (ZL) seem to be recovering just fine after a 2-year lockdown with restrictions and lack of travellers.

As stated by the Executive Chairman, “I am confident the Group will return to good profitability in FY23”