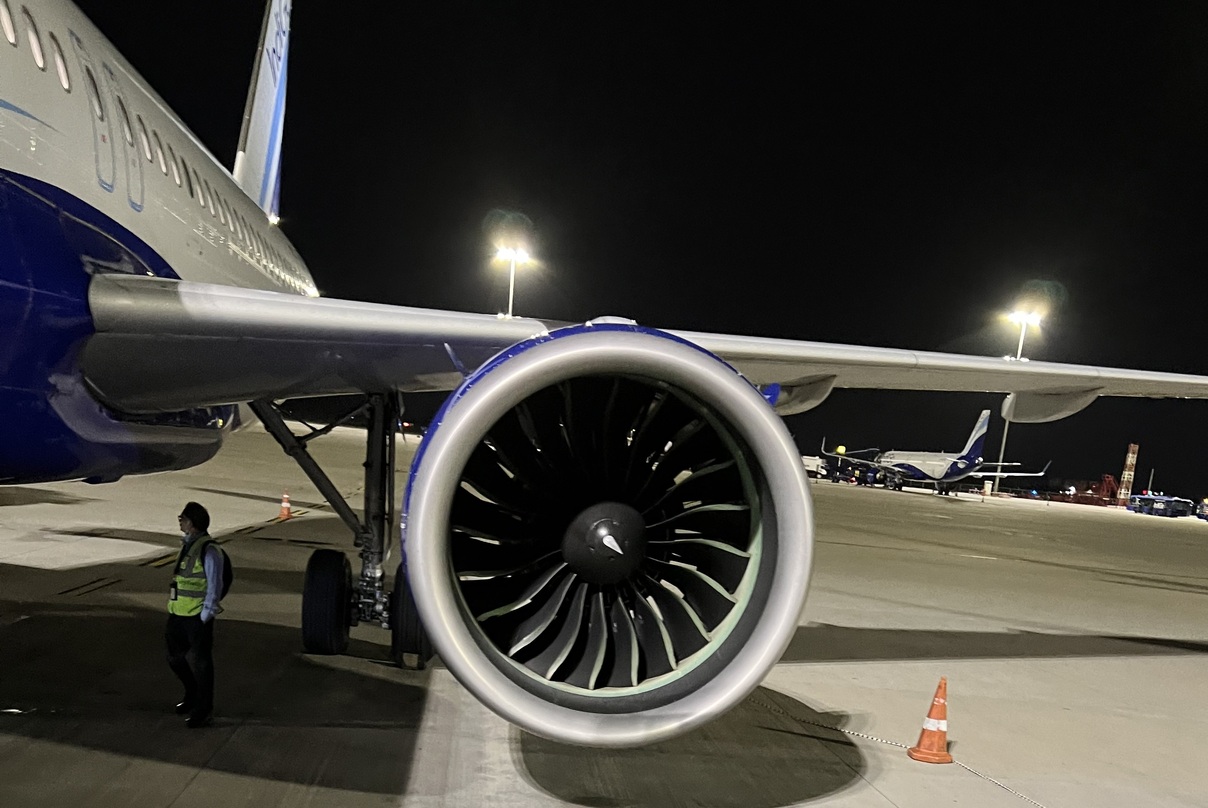 BENGALURU – In India, the COVID-19 pandemic has almost gone away, and everyone has started to fly again. I had just landed from Bengaluru in Kochi and decided to fly IndiGo on my way back to Bengaluru.

After a tiresome day here, I reached Kochi International Airport at 7:00pm. More about how to reach the airport and my airport experience will be in the next section of this article

My COK-BLR sector was operated on an IndiGo Airbus A320neo, my flight was schedule to depart at 10:45 PM IST. I was 100% confident there would hardly be any delay as it was operated by Indigo and in India they are known for their punctuality.

According to the Indian guidelines for flying post pandemic it was now mandatory to “Web Check-In” and fill the health declaration form before proceeding for the flight.

Though it’s still confusing as to whether one has to still fill this or not, I did not want to take my chances so I had finished my Web Check-in. As I had not pre-booked my seat I was allotted an aisle seat which I had no intention of sitting in (I mean, I love to have the window seat with engine view), so I had no other option but to pay and book my desired seat.

I selected seat 8F as other seats ahead and behind this seat were already occupied, so I had no other option but to select this row (another lesson learnt if you want a specific seat in specific section of the aircraft – “Pre-book” it!) It cost me Rs.250 (roughly around $3.13), but when it comes to IndiGo’s website or their app, I have always praised it.

It is very user friendly and basically let you do everything which eliminates the need for the customer top contact the customer service helpline, this in turn saves time for the passenger and save money for the airline. I have used websites of every Indian airline, but I doubt any other airline till date has such an advanced website.

Kochi Airport is 35km away from the city, but the cab fares are almost equal to what one would pay on a budget airline (in my case it was literally just Rs500 less than what I had paid for my flight between Kochi-Bengaluru).

Considering this, I use public transport to reach there. I took a metro from city centre to the nearest stop to airport, it cost me Rs40 (around $0.50). And once you reach the nearest metro station the Cochin International Airport LTD runs an electric bus service that departs every 30 minutes from this metro station, and it takes around 30-35 minutes (depending on the traffic condition) to reach the airport.

The cost of this bus was Rs.50 (roughly $0.63), the bus departed on time, and I reached airport in just 20 minutes. Kochi Airport feels more like a heritage building, there are two separate terminals one for domestic flights and another for international flights.

The airport was built in such a way that passengers experience the culture of Kochi, after seeing so many modern airports it felt niece to see something like this.

As usual, IndiGo always has many check-in counters at most of the Indian airports, and the situation was same at Kochi as well. As soon as I reached IndiGo counter, I realised I had left my camera in my check-in bag, but when I tried to open the bag lock for some reason I just could not.

I approached an IndiGo staff to help me break the lock but instead he handed my bag to another staff member who sat with me and helped me unlock it.

It took nearly 30 minutes for us to unlock it, and he was nothing but kind and humble with me. Big kudos to IndiGo staff for such a sweet gesture – I was impressed. Soon after this I dropped my bags and headed straight to the security check.

The security check area was big enough, before you reach the security check there is small exhibition place showcasing the culture of Kochi and it was worth walk till the end of the terminal building.

Earth Lounge is the lounge operator in Kochi Domestic Airport, as I always mention everyone in India has access to lounge by using their credit/debit cards.

Luckily tonight there wasn’t much crowd, and I was easily able to find a spot with amazing view of the tarmac. I sat there and enjoyed my cup of coffee and spent almost 2 hours.

Boarding started a little late as the inbound flight was delayed by around 15 minutes, the flight seemed pretty full, and I had lost all hopes of having an empty seat next to me. Boarding was quick and efficient.

The seat was neat and clean, and the thing I love the most about IndiGo’s in-flight experience is no matter how delayed the flight is when a passenger boards the aircraft, they will find the seat belt in a specific presentable way on the seat.

There is a decent amount of legroom and clean windows. And to my surprise, I had the entire row to myself whereas other rows were full.

Soon after take-off the cabin crew started the meal service, I took a tin of cookies which cost around Rs.100, which is quite good. As this was a late-night flight most of the passengers slept and the crew quickly finished the service and switched off the cabin lights.

I could not sleep so I checked out their in-flight magazine, and this was a special edition was as Indigo was celebrating their 16th Birthday.

As our flight was delayed, we had missed our landing slot and we had to wait for more than 30 minutes circling near the airport.  We finally landed at Kempegowda International Airport Bengaluru after a 45-minute delay.

The best reason why I always prefer IndiGo to any other regional airline is they have so many flights flying daily across the country that even if the flight I book gets cancelled, I will always have other options.

This means I do not have to alter my plans a lot (Unlike my Air Asia India experience). I had certain expectations from the airline and most the time they have met it.

IndiGo did not disappoint me, and they stand true to their motto, “Lean, Clean, Flying Machine.”