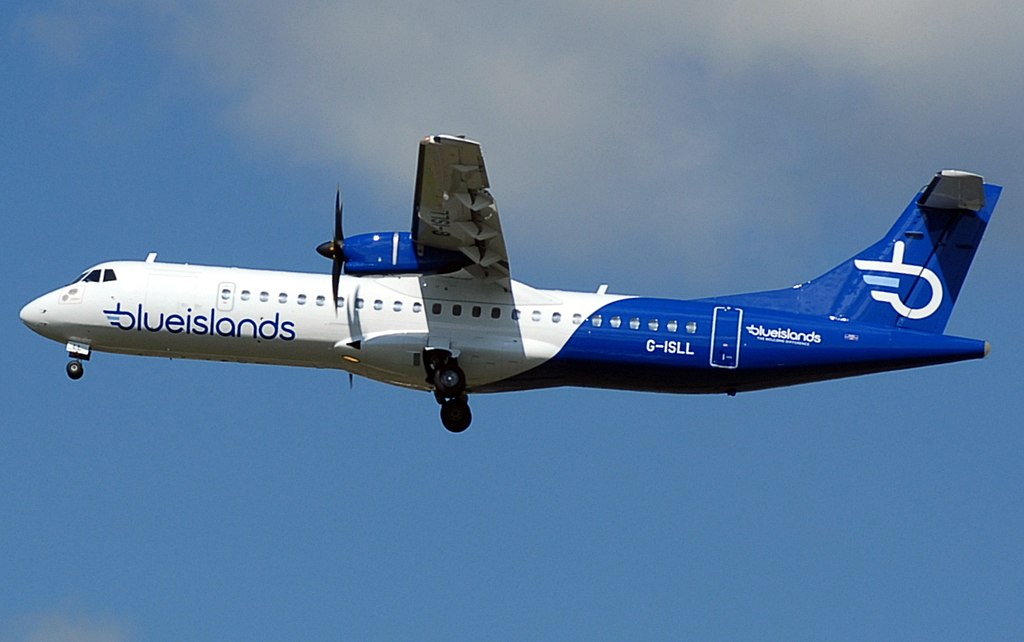 LONDON – Blue Islands, the British regional airline of the Jersey Islands, added an additional ATR 72 to its fleet earlier this month.

Registered G-ISLO, the new addition arrived at the carrier’s Jersey base from East Midlands Airport earlier this week, where it underwent a fit-out into the distinctive Blue Islands livery.

“It also underpins our positive but measured approach to growth as we emerge from the difficult market conditions caused by the pandemic over the past two years.”

Blue Islands currently operate a schedule of 900 flights per month, offering a wide choice of daily year-round flights over its existing regional network.

This year has also seen the airline develop new scheduled routes from Jersey to Norwich, Dublin and Rennes in time for the 2022 summer season.

The airline was also selected as a partner for tour operators flying passengers in from Germany, Switzerland and the Netherlands, bolstering the local tourism economy.

“As we grow our network, we are also very aware of the need to balance our wider environmental impact. Our ATR aircraft fleet is powered by efficient turboprop engines producing the lowest emissions per seat in its class.”

“In addition, our partnership with Durrell’s Rewild Carbon programme, a world leading initiative run from Jersey, enables us (by offsetting) to make all of our flights Carbon Neutral and genuinely sustainable.”

Operating from Guernsey and Jersey Islands, the regional carrier services a range of UK destinations including Birmingham, East Midlands, Bristol, Southampton and Exeter.

The new scheduled routes will take in Dublin, Norwich and Rennes this summer.

Blue Islands origins stem back to 1999 when it was formed initially as Le Cocq’s Air Link to supply perishable goods to the Channel Island of Alderney from Bournemouth.

The route was originally serviced by Britten Norman Islanders aircraft.

The airline subsequently re-branded as Blue Islands coincident with the delivery of the first British Aerospace Jetstream 32 aircraft. It established itself as a regional carrier, flying 63,500 passengers in 2006.

The ATR 72 aircraft were first introduced in 2013, with the launching of the Jersey-Southampton service.

Blue Islands became a Flybe franchise partner in 2016, adopting the Flybe brand and utilising its sales channels, but remaining an independent airline with its own aircraft and crew.

This continued until the closure of Flybe in March 2020.

Following the closure of Flybe and the Coronavirus crisis, Blue Islands has now re-emerged with a refreshed brand.