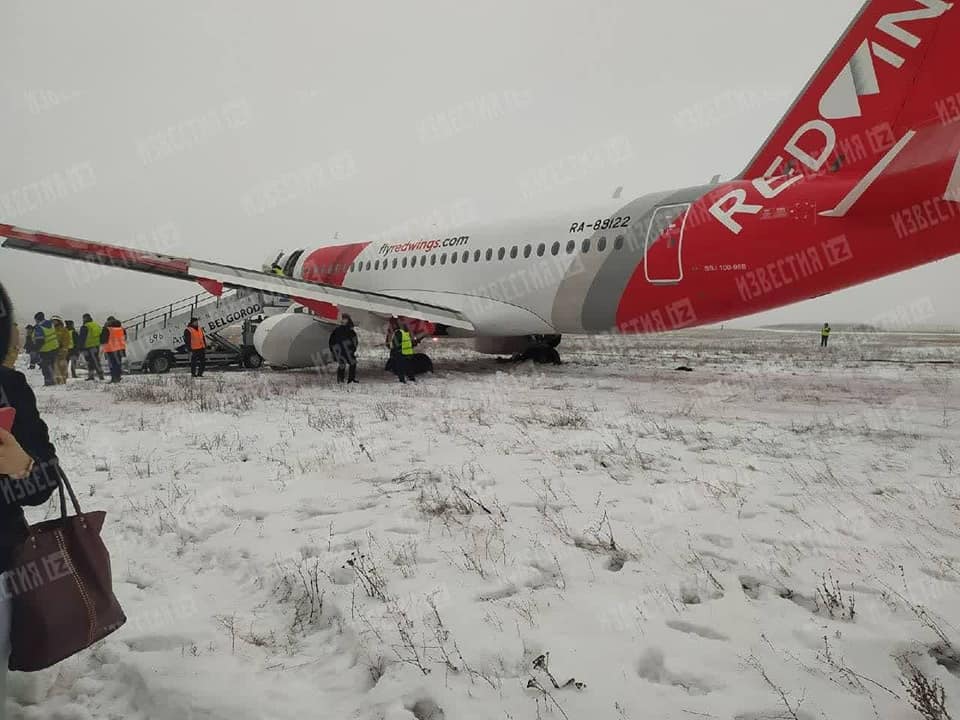 The aircraft operating the flight from Moscow (DME) to Belgorod (EGO) was a 4-year-old Sukhoi Superjet 100-95LR.

Flight WZ387 touched down on runway 29 during a low visibility approach.

At the time of the approach, it snowed at the airport.

The aircraft overshot the runway threshold and currently sits about 40m behind it. All passengers and crew safely evacuated the aircraft, with none of them suffering any injuries.

Ground Crews are working on getting the aircraft back onto the tarmac at this time. The airline is yet to comment on this incident.

Redwings currently has a fleet of 11 Superjets similar to the one involved in the accident, with one of them stored. In 2012 Red Wings was involved in another runway overshoot.