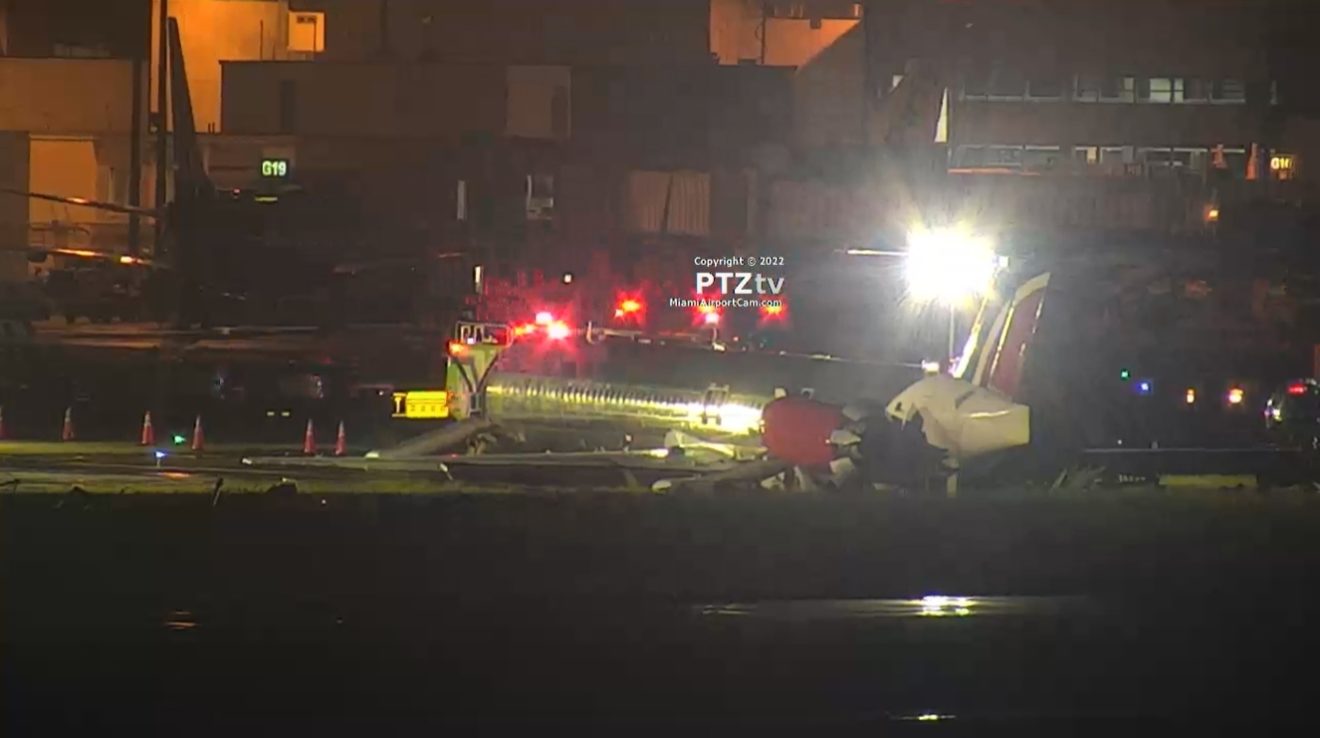 The aircraft in question, HI1064, crashed on one of Miami’s runways at around 1810 local time, with the flight originating from Las Americas.

The Federal Aviation Administration said the following in a statement:

”The flight originated from Las Americas International airport in the Dominican Republic and was headed to Miami International Airport. The FAA will investigate”.

It is also understood that there were no fatalities as a result of the accident but is not good news for an airline that started commercial operations only in November last year.

According to FlightGlobal, the National Transportation Safety Board said the following in a statement as well:

”NTSB is sending a team of investigators to Miami following today’s gear collapse and runway excursion of an MD-82 jetliner at Miami International Airport. Investigators will arrive on scene tomorrow.”

According to data from Planespotters.net, HI1064 is a 31.6-year-old McDonnell Douglas MD-82 that first started out its life with American Airlines as N16545 in December 1990.

The aircraft remained with American until May 2015 when it was handed over to Aerothrust Holdings. From there, the aircraft was supposed to head to Orange Air but was never taken up.

By August 2017, Aerothrust transferred the aircraft over to Venezuelan carrier LASER as YV3367 and stayed with the airline until it was delivered to Red Air in February 2021.

Subsequently, as a result of the crash, the aircraft has been written off due to the landing gear damage, as well as the aircraft, catching fire after it came to a stop.

UPDATE #1: Video has emerged of the aircraft during the crash-landing: