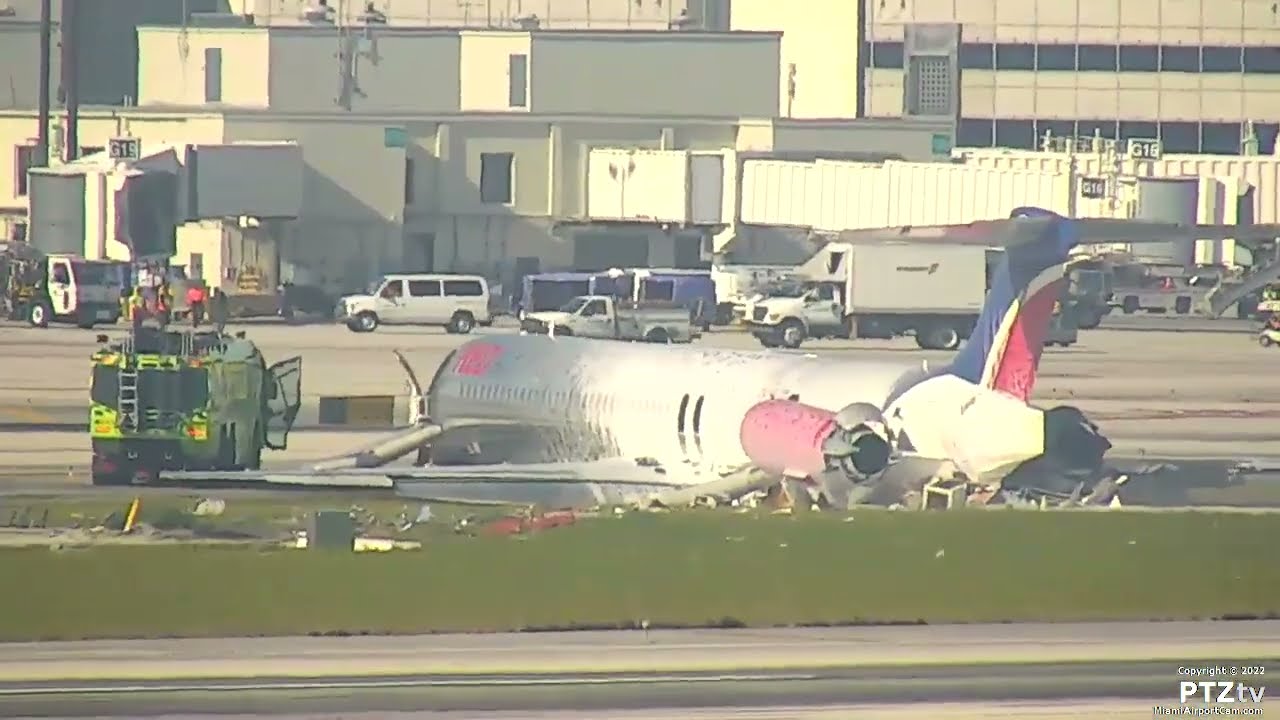 LONDON – Following the Red Air Flight 203 crash in Miami back in June, the Federal Aviation Administration (FAA) has reported that the damaged ILS has been repaired in record time.

On June 21, 2022, Red Air Flight 203 veered off the runway during landing at Miami International Airport (MIA) following the McDonnell Douglas MD-82’s landing gear collapsing. The aircraft was registered as HI1064, a 31-year-old airframe.

As the aircraft veered off the runway, it flattened one of Miami’s ILS glide slope buildings, an important instrument for the airport as it provides pilots with vertical descent guidance to the runway.

In terms of the damage caused, the aircraft’s nose hit the ILS building head-on, instantly destroying it, with the left wing taking out the systems electrical station that powers the ILS and the right-wing collapsing the antenna tower.

The following day after the incident, the FAA assessed the damaged and pretty much immediately mobilized a team from the administration’s Facility Maintenance Program of four engineers, named Kris Kirvin, Ryan Drager, Sean Alexander, and Gerald Reeves.

These four engineers drove to Miami from Atlanta, Georgia, and Titusville, Florida, to immediately begin rebuilding the glide slope system. They also had assistance from one of Miami’s engineering technicians, Jeff Kilgore.

In record time, the team of five completed a full rebuild of the glide slope building, antenna, and electrical equipment in just 35 days; this also included a validation check from the FAA to ensure that the glide slope was in good working order.

The FAA has said that besides the expertise of the team, the speediness of the repair was also helped by the fact that they could redirect another glide slope building that was heading for another project; however, as that project was not urgent, the redirection was carried out so that Miami could have its glide slope system working again.

The glide slope buildings can take anywhere between four to six months to be completed. As well as this, due to the location of the repair being carried out between two intersecting runways, the FAA could only deploy a small team of engineers to carry out the repair.

However, the five engineers worked tirelessly through the nights, including the 4th of July holiday and soaring temperatures on the Floridian coast.

Commenting on the repair, the FAA’s Eastern Service Area feel incident response manager, Jim Parrish, said, “I don’t know of a single glide slope facility installation that has been done near as quickly.”

Kris Kirvin, the lead technician for the repair, also said, “It’s usually still in one piece when we get there, and we usually can reuse parts. We started digging and found there were a lot of parts we couldn’t reuse.”

“We had half the manpower and had to find materials, which isn’t easy in the post-COVID world. It all happened really fast with a skeleton crew.”

Rebuilding an ILS system in just 35 days is one hell of a feat of engineering, which certainly shows the high level of expertise these five engineers have.

This will go down in the history books for the FAA as an amazing accolade of their workforce.