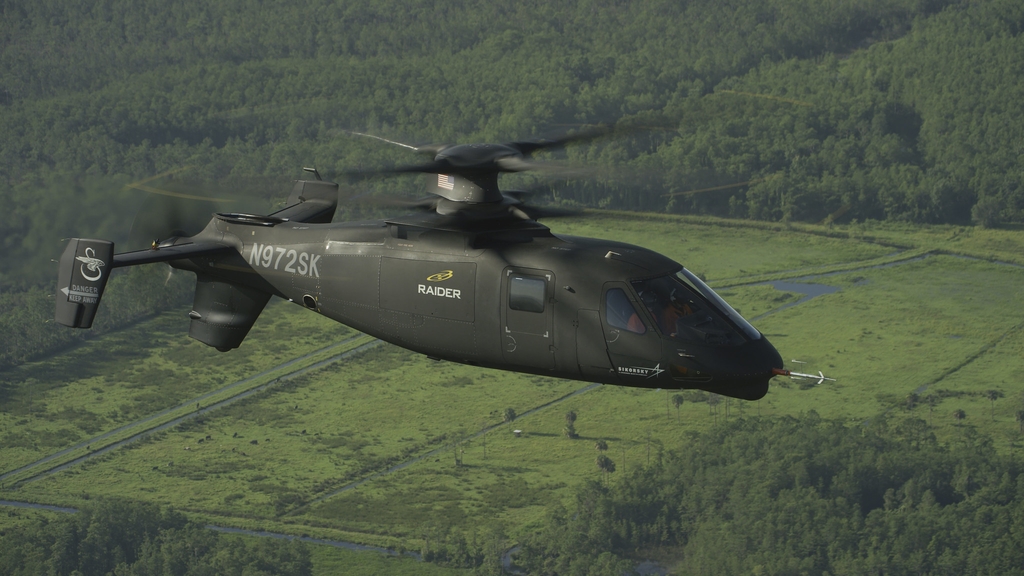 LONDON – The Raider X is an important helicopter in Sikorsky’s portfolio. General Electric GE’s T901 was chosen to power the new helicopter.

The manufacturing of the Sikorsky Raider X competitive prototype for the Army’s Future Attack Reconnaissance Aircraft (FARA) program is now nearly 90% complete. The helicopter developed by Sikorsky is equipped with the latest technology: fly-by-wire flight controls are one of the industry-leading.

It is now a semi-finalist for the FARA tender released by the United States Army. The Raider X has an edge over all other Sikorsky line-ups, as it is 20% larger than the 11,000 pounds S-97 proof of concept that first flew in 2015. The public has its latest glimpse of the Raider X during a media briefing at the West Palm Beach, Florida test centre.

Sikorsky is also adapting new technology in the manufacturing of the Raider X. The company also uses 3D printing, digital tools, and other high-tech processing material, and will decrease the lead-time for the aircraft components by more than 50%, a massive reduction which will increase customer satisfaction.

Sikorsky, being a daughter of Lockheed Martin, the helicopter manufacturing unit will always benefit from technological spill-over from the parent company, and will fully support it in terms of supply

The maturation of this technology across Sikorsky parent Lockheed Martin and its supplier base for both metal and composite materials is producing schedule, cost, and weight savings across systems. Raider X is not alone in this programme, the Bell 360 Invictus presents a threat to Sikorsky.

Nevertheless, both helicopters’ flight testing will be delayed until October 2023. This is due to the setback with the engine manufacturer GE T901 selected by the Army. GE also points to the delay caused by the pandemic disruption.

The GE T901 is designed to be utilised in FARA aircraft as well as being compatible with the existing fleet of helicopter army,  into the existing Black Hawk and Apache fleets.

The American engine manufacturer General Electric stated that the GE T901 will deliver 50% more power, but 25% better fuel economy and 20% longer engine life than the T700 engine it will succeed in the near future.

There is a lot of cross-compatibility between the incumbent T700 and the new GE T901 engines. This will simplify the training of mechanics and will reduce costs for the Army during the transitioning plans from old to new.

Heavyweights from the Sikorsky Raider X design and engineering team stress the importance of the helicopter as it provides superior stealth, speed, manoeuvrability, survivability, flexibility, and potential for mission growth over a conventional helicopter.

Jay Macklin Sikorsky business director for Army programs and innovations, says: “We really feel that this will deliver transformational capability to the Army.”