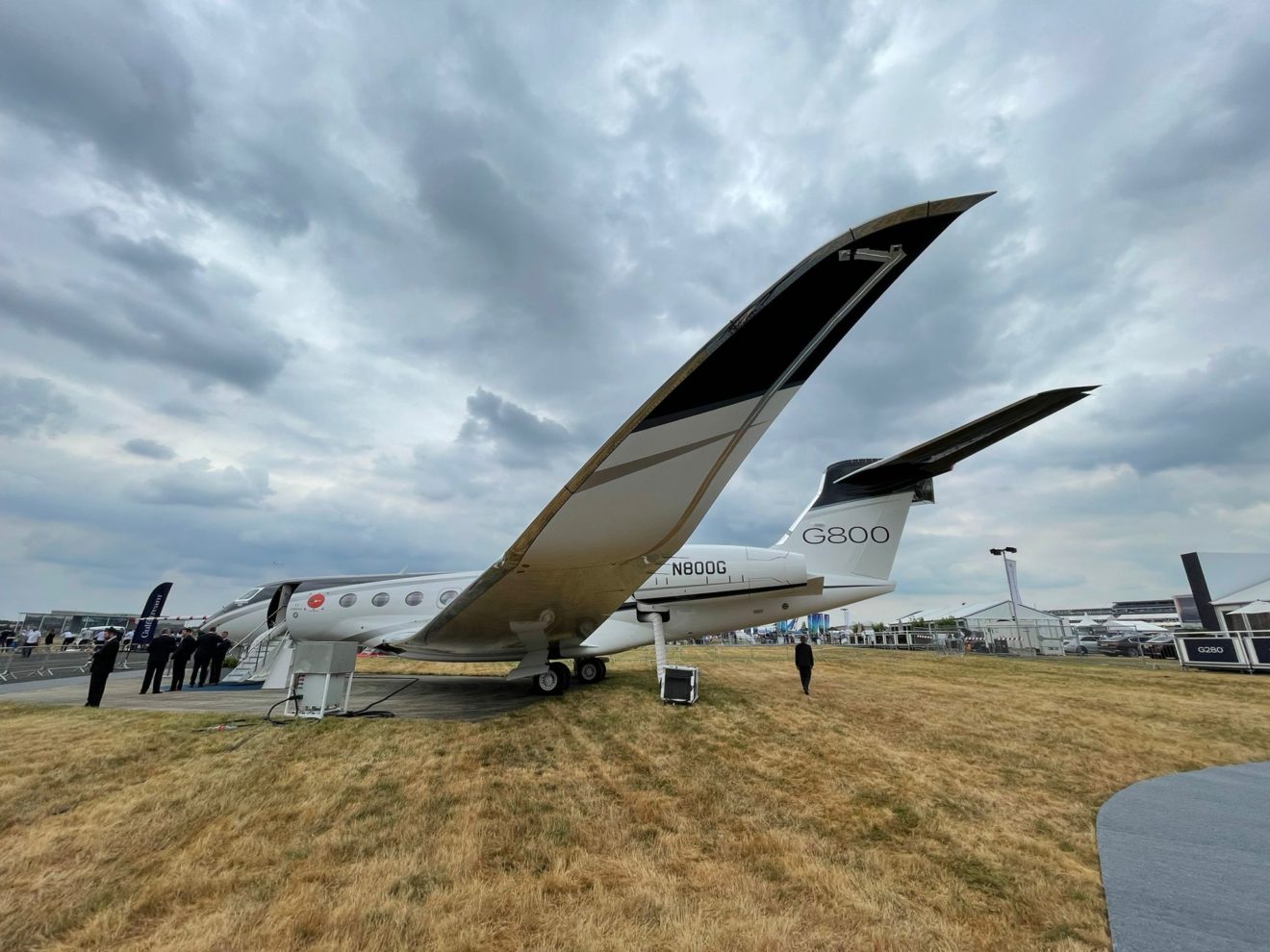 LONDON – According to data from RadarBox.com, movement statistics for Farnborough Airport increased by 16% due to the airshow that happened last week.

This comes as no surprise as the many aircraft, either on static or flying display, flew in the weekend before to get ready for the airshow.

As you can see on the table on the right-hand side, you can see that 116 flights operated on July 15, which would represent when some of the aircraft came in.

On top of the high number of airshow attendees, these numbers also reflect the uptick in business jet movement that has been seen at the airport this month too.

For July 19 and 20, this uptick would have been seen mainly from the business jets that came in and may have had certain executives onboard them as well.

As you can see on the table as well, the numbers were more or less in triple figures at the beginning of the month as well, meaning that Farnborough has been experiencing good traffic without the need for an airshow too.

Business Travel On The Rise…

Business travel is on the rise, and airports like Farnborough and even Le Bourget have been experiencing double-digit growth in this industry.

As more business jets are being delivered, fares for business travel are slowly decreasing, which means it is making it more accessible to the middle-class wealth class, rather than exclusively upper-class.

Even from our own experience at the Farnborough Air Show, the number of business jets coming into the airport was quite frequent, meaning that business must be booming.

Another staggering statistic that shows that the business jet market is booming comes from industry predictions.

Data from 2019 shows that Europe holds around 13% of all business aircraft in the world, with Germany having the highest number, the UK at second, and France in third.

What remains clear is that with or without an airshow, the need for business jet travel is on the up and up.

This was evident also from the number of business jet manufacturers we saw at the Farnborough Air Show exhibiting and showcasing their new and current products.

For airports such as Farnborough, this is good news as it means that the airport can maintain itself without the need to drop into the commercial airliner market and have to expand that way.