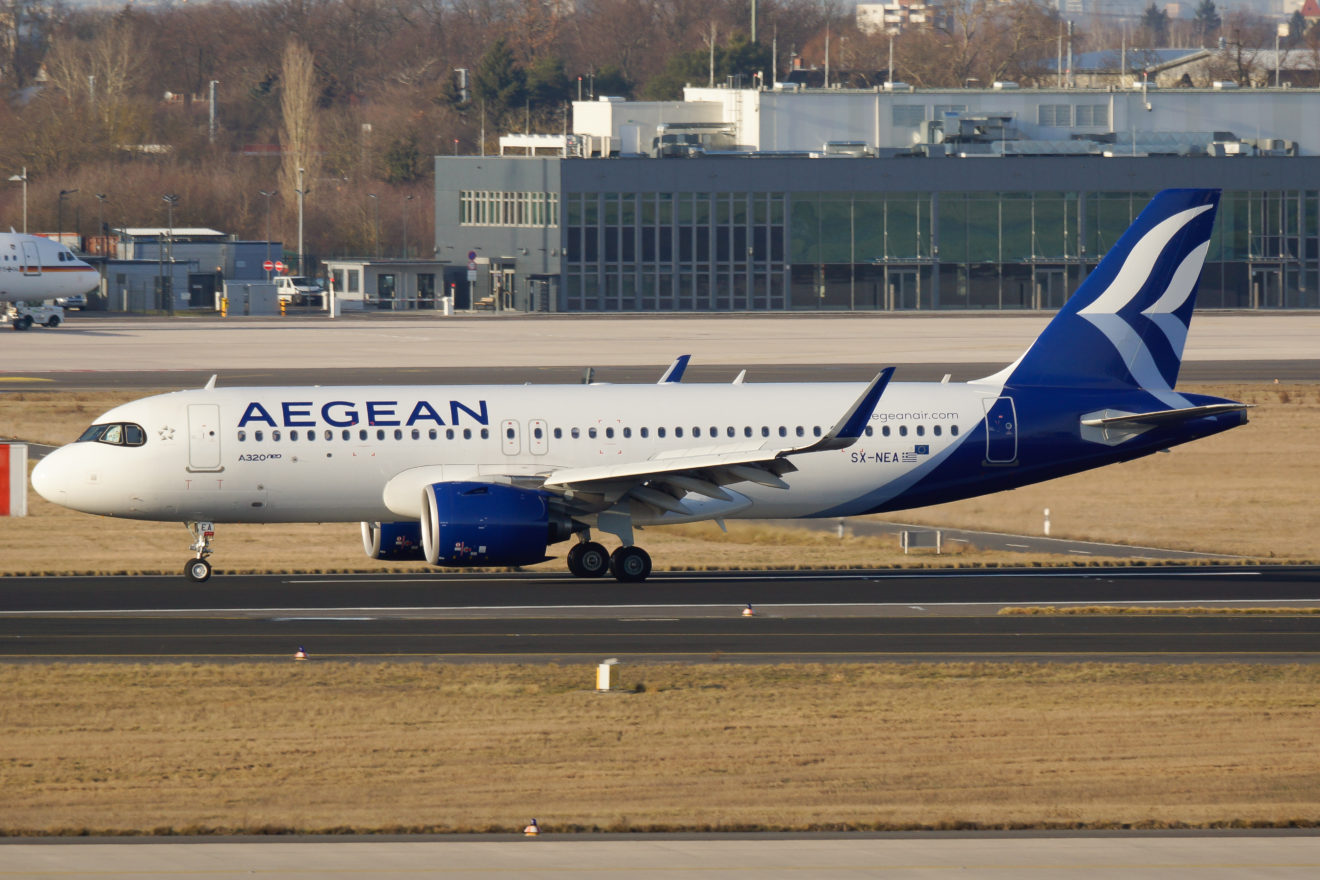 LONDON – According to data from RadarBox.com, Aegean Airlines’ flight movements have increased by 95% compared to the same period last year.

The carrier has nearly doubled its total flight movements in the space of 12 months, as the Summer 2022 season continues to gear up due to high demand.

Nothing of highlight has really happened at Aegean Airlines over the first six months of the year. They have kept themselves out of trouble, other than an event that happened in January.

The carrier had to suspend operations to Beirut, Lebanon, following damage to its jets.

The temporary halt to and from Beirut has come into effect on 15th January 2022, after the airline confirmed to the media houses that the team of Aegean Airlines engineers and maintenance crew found significant damages to the external fuselage on one of the Airbus A320 after the aircraft landed at Beirut – Rafic Hariri International Airport (BEY) on 10th January 2022.

Meanwhile, in the strange turn of events, multiple reports have been going viral on social media, which were later reported by the Lebanese media that, the Aegean Airbus A320 could have been the victim of flying bullets which has damaged the fuselage.

Focusing on the Competition?

The airline may have been quiet because it has been focusing on a new and emerging competitor in Greece: SKY Express.

Today, it is one of Greece’s fastest-growing and most exciting airlines. Sky Express flies to numerous destinations in Greece and Europe, carrying 1.7 million passengers as of 2021.

With new A320neos on order, the airline is poised for further expansion.

The Airline is gearing up for aggressive expansion this summer after 2 years of COVID-19 hibernation. The following destinations have been recently added to Sky Express’s network: London, Paris, Rome, Brussels, and Larnaca.

It remains clear that Aegean Airlines is on the right track in terms of flight movements. The more flights they operate, the more revenue potential they can get from 2022.

And with the Summer 2022 season geared up to be a busy period, this is the point at which Aegean Airlines needs to thrive in order to showcase better results at the end of the year.

For now, however, the airline needs to focus on getting through this Summer period without many cancellations.