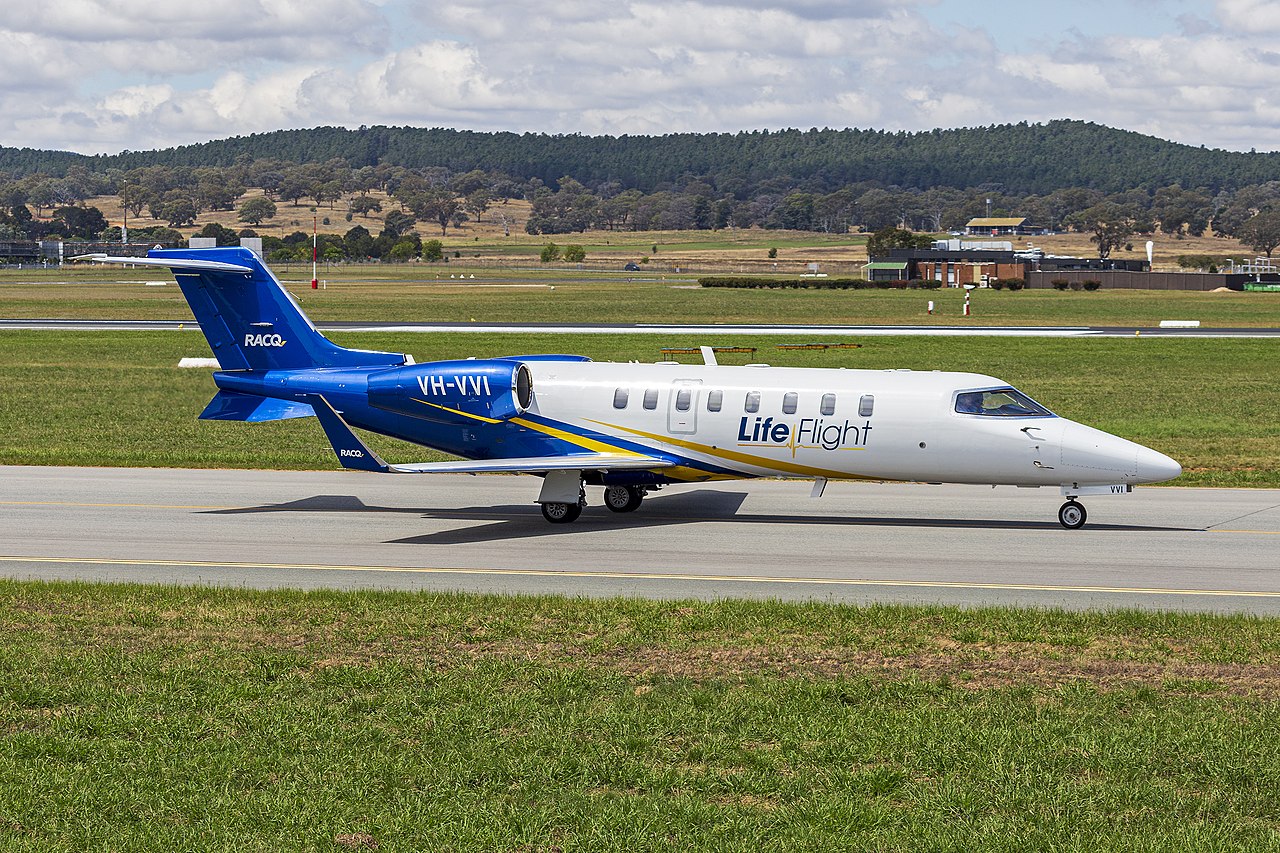 LONDON – Twenty-five new RACQ LifeFlight Rescue Critical Care Doctors have joined the ranks of aeromedical bases across the state, ready to take to Queensland skies in jets and rescue choppers, to save lives.

The new recruits have varied medical backgrounds; some doctors have signed on from within Queensland’s medical community after witnessing LifeFlight’s work first-hand, while other have travelled from overseas to join Queensland’s iconic aeromedical rescue service.

One medical couple is swapping the snows of Sweden for the skies above North Queensland, to join the Townsville aeromedical base. For the Swedish couple, it marks the start of a new Aussie adventure. “It’s always been a dream of mine, since I was small, I’ve always wanted to be a helicopter doctor,” said Doctor Elin Hammarlund.

Dr Hammarlund and her partner Doctor Johan Nord made the intercontinental trek to kick-start their new career in aeromedical retrieval.

“In Sweden, I had the opportunity to tag along with a Swedish helicopter. It was a really great experience and it was actually the main thing that made me want to come on with LifeFlight as well,” she said. The pair has been able to lean on each other for support through a gruelling Doctor Training Week.

“It was fun to have some company, especially through training week. It’s quite hectic and a lot of information to process, so it’s very nice to have someone to talk to afterwards,” said Dr Nord.

One adventurous new recruit is looking forward to the variety and challenge his new career in retrieval medicine will bring. Doctor Tom Wedgewood, a highly-trained registrar who specialised in anaesthetics, has left his often-calm hospital life in London for a faster-paced job flying aeromedical retrieval missions from Brisbane.

“Back home, I’m used to dealing with one patient at a time, in a nice operating theatre or intensive care unit, whereas here I’ll be out in a much less predictable, much more varied environment,” he said.

“It’s going to be a challenge but that’s why I’m here, and it’s quite exciting to be here now at last.”

All RACQ LifeFlight Rescue Critical Care Doctors share a common goal of bringing high-quality aeromedical care to patients in communities across the state.

Before their first day on board a rescue helicopter, the retrieval registrars undergo rigorous training at the LifeFlight Training Academy.

The intensive course requires RACQ doctors to learn specific pre-hospital and retrieval clinical skills and put them into practice at Simulation Training, learn helicopter winching operation techniques and for the first time, be taught via a new Augmented Reality (AR) experience.

“During HUET, there are a number of sequences they undertake, including being inverted and blacked out or blindfolded, to simulate that they may not be able to see when conducting the egress,” said LifeFlight Training Academy Instructor Shaun Gillott.

“We also conduct sequences where their exit may not work, and they have to go and use a secondary exit, whether it be a door or an emergency exit window.”

“It’s very important that we give the new doctors the opportunity to practice the skills that they would need if they are ever faced with the real situation,” he said.

The retrieval registrars are now also ready for any type of winch rescue they may come across in their day-to-day missions.

“At the end of the day, they’re all doctors who can treat people whenever they come across them. This winch training is about how do we deliver those doctors to people who need them.”

“We can put someone down 250 feet, through the trees, to someone who’s had a motorbike accident, or fallen off the side of a cliff. It’s one of the ways we deliver medical experts to where they need to be.”

Although not every call-out will be as high-pressure as a winch rescue, it’s important the new doctors are ready to respond to any type of medical emergency, from the first day on the job.

During training week, the new doctors put their newly-learnt pre-hospital care and retrieval skills to the test, in the form of high-pressure scenarios at the Queensland Combined Emergency Services Academy at Whyte Island, in Brisbane.

The scenarios are designed to mimic the worst-case incidents the new doctors may be confronted with in real life, such as a multi-vehicle crash, a house party with a drug overdose, and even a ship disaster.

“The thing that is always difficult with a job like this is the variability. They could get a job like this, that is the worst thing we could create at Whyte Island, on their first shift, but you don’t necessarily do it every day,” said RACQ LifeFlight Director of Education Dr Andrew Donohue.

“So part of what we do is trying to give them a broad range of skills and then give them the chance at Whyte Island to get a little bit used to what the pressure and stress can be like on those really hectic jobs,” he said.

For the first time, all registrars had the opportunity to participate in a new training exercise, using an Augmented Reality (AR) headset, in collaboration with University of Queensland PHD student Paul Schlosser. “This project looks at how new head-worn gear could be helpful in the aeromedical environment,” said Dr Donohue.

“What’s developed from that is where we are using it to instruct new trainees in particular, but also our own doctors, how to do a procedure that they know the basics of, but we are introducing them to a new technique or more advanced technique using that device to help guide them.”

“When you’re looking through the headset, you can see everything in the world in front of you; you can see the patient or the mannequin that you’re working on but overlaid on that is some guide graphics and a checklist and things that we can position somewhere in the space.”

“The images don’t follow you around, they’re just referenced to where the patient is, so that you can look down to the patient or up to the images and be able to see them like they’re really there in the space that you’re working in.”

“I think it’s just another way we can keep pushing forward to have better patient care and better access to these sorts of advanced techniques in the environment we work in,” he said.

The majority of doctors will work on board RACQ LifeFlight Rescue helicopters and Air Ambulance jets across Queensland; while others will be assigned to other aeromedical services.