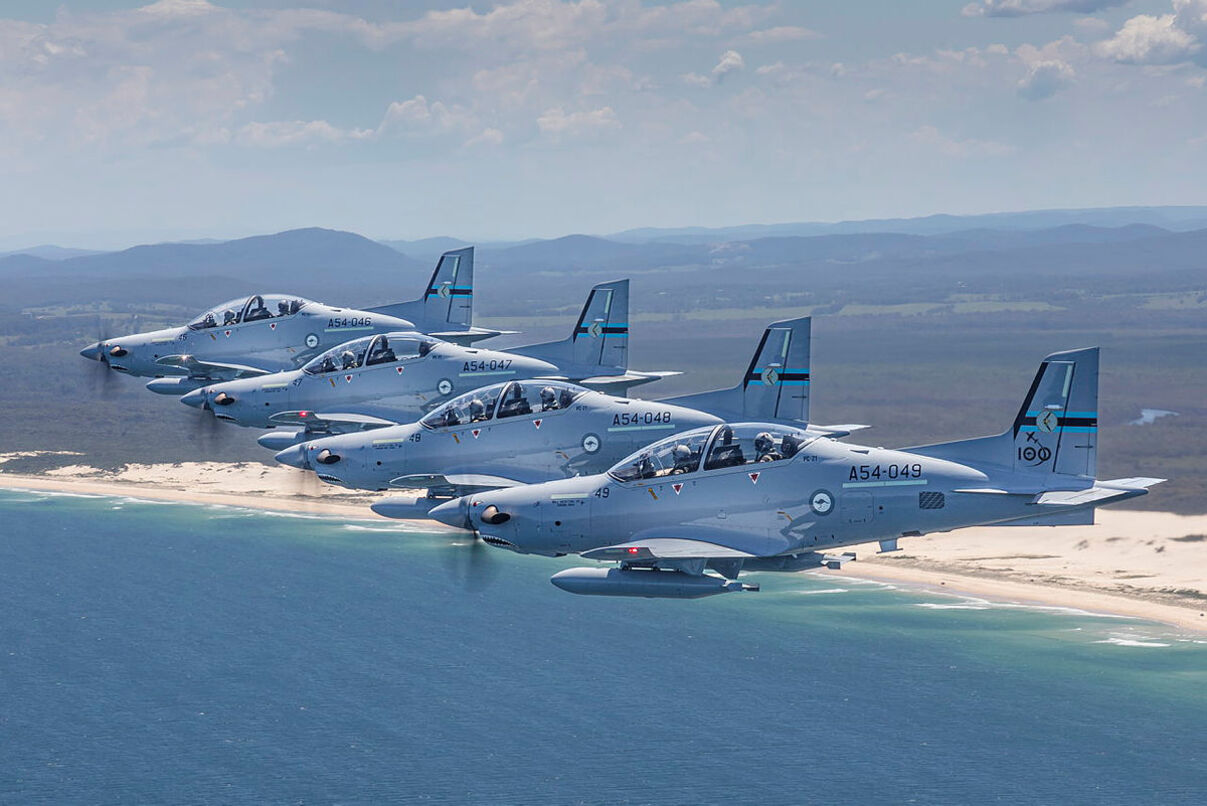 LONDON – The Royal Australian Air Force (RAAF) has deployed PC21 aircraft and personnel to New Zealand for Exercise RAVEN KAHU which is taking place from 8 to 19 August 2022.

“Deployments are a regular part of ADF operations, but training with our New Zealand partners demonstrates the longstanding relationship and ability to operate together as a joint force.”

The PC21 aircraft from No. 4 Squadron are normally based at RAAF Base Williamtown, New South Wales. The aircraft provide a Forward Air Control (Airborne) training capability and ADF JTAC training support.

The squadron was previously a fighter and army co-operation unit active in both World War I and World War II. Formed in late 1917, the squadron operated on the Western Front as part of the Australian Flying Corps until the armistice in November 1918.

It was disbanded after the war in mid-1919, but re-raised in 1937 and 1940. In 1942 it deployed to New Guinea, where it supported military forces by spotting for artillery and providing reconnaissance and close air support.

As the Second World War progressed, the squadron took part in the Huon Peninsula, New Britain and Borneo campaigns. It was disbanded in early 1948, but was re-formed on 2 July 2009 to provide training to forward air controllers and to support Army Special Operations Command.

International deployments are an essential element of operational preparedness, currency and proficiency objectives. This is the first time the RAAF has deployed the PC21s for an international activity.