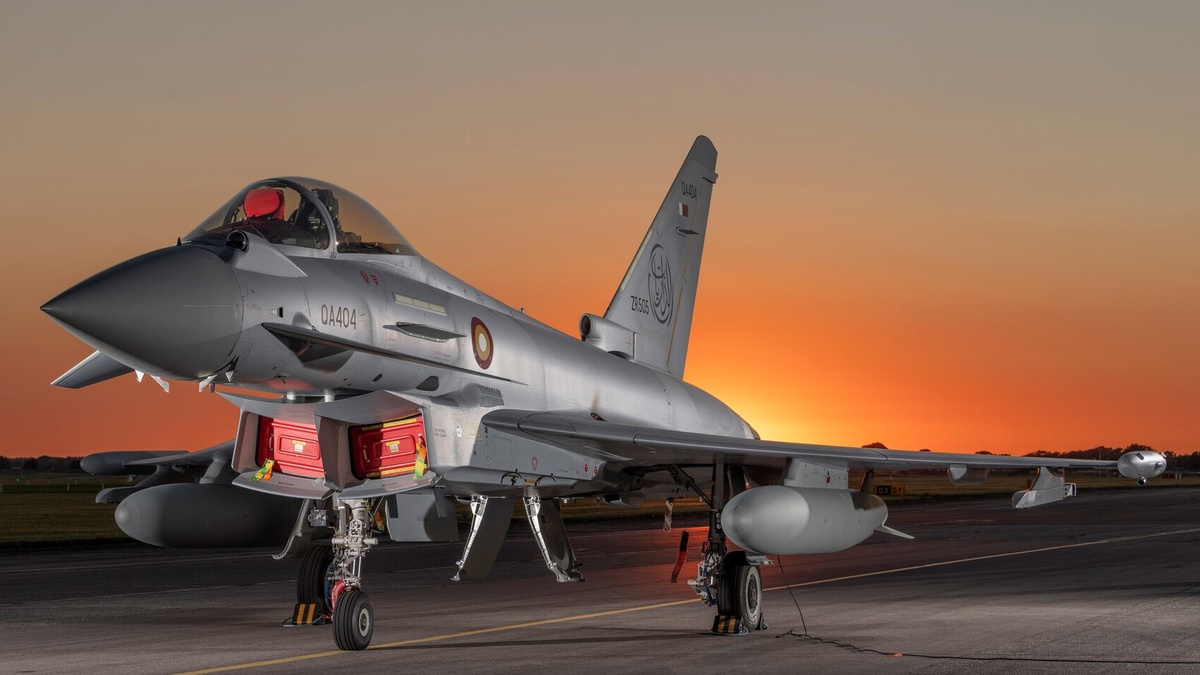 LONDON – BAE Systems has delivered the first Eurofighter Typhoon to the Qatar Emiri Air Force (QEAF). The first delivery is a huge milestone between the Qatari Government and BAE systems. The aircraft was delivered during a roll out ceremony held at BAE Systems’ Warton facility in Preston on Monday.

Today’s Typhoon delivery is another exciting milestone for our joint UK-Qatar collaboration, which will see the sharing of training and expertise between our respective air forces and will ensure both our nations stay at the forefront of defence capability. This joint project underlines how much Britain values its Middle East partnerships.

Five Years in the Making

This is the first delivery of what was a $6.7 billion deal that was struck in December 2017. Qatar signed agreements to purchase twenty four Typhoon and nine Hawk aircraft from the European military plane maker. The deal, signed in Doha between Khalid Bin Mohammed Al Attiyah and then defence minister, Gavin Williamson was the largest order for Typhoon aircraft for over ten years.

The aircraft will be utilised in providing Quick Reaction Alert (QRA) support during the FIFA World Cup, which starts in the State on November 20th.

Today marks the latest significant milestone in our partnership with the Qatar Armed Forces and demonstrates our commitment and support as they prepare to host the FIFA World Cup. We are working in partnership with the QEAF to ensure we transfer the skills and knowledge required to support, maintain and upgrade both their Typhoon and Hawk aircraft.

The aircraft is due to be flown to Qatar to start its military duties before the end of August.

Continuing Britain and Qatar’s close relationship, both Governments signed a Memorandum of Understanding to support RAF pilot and technician training on Typhoon and Hawk aircraft. The QEAF Hawks are currently based at RAF Leeming, North Yorkshire, where they undertake the pilot training role.

Alongside the aircraft, the deal includes a six year availability support service between the Qatari Government and BAE Systems. Typhoon is the second aircraft type from BAE delivered to the QEAF. It follows on from the delivery of Hawk training aircraft, six of which have already been delivered.

BAE Systems current production outlook on the Typhoon is good. Another 20 of the aircraft were recently ordered by the Spanish Air Force. The ordered extends BAE’s Typhoon production well into the middle of the decade and has helped in posting solid financial figures for the first half of 2022, with sales and revenues both up compared to this time last year.