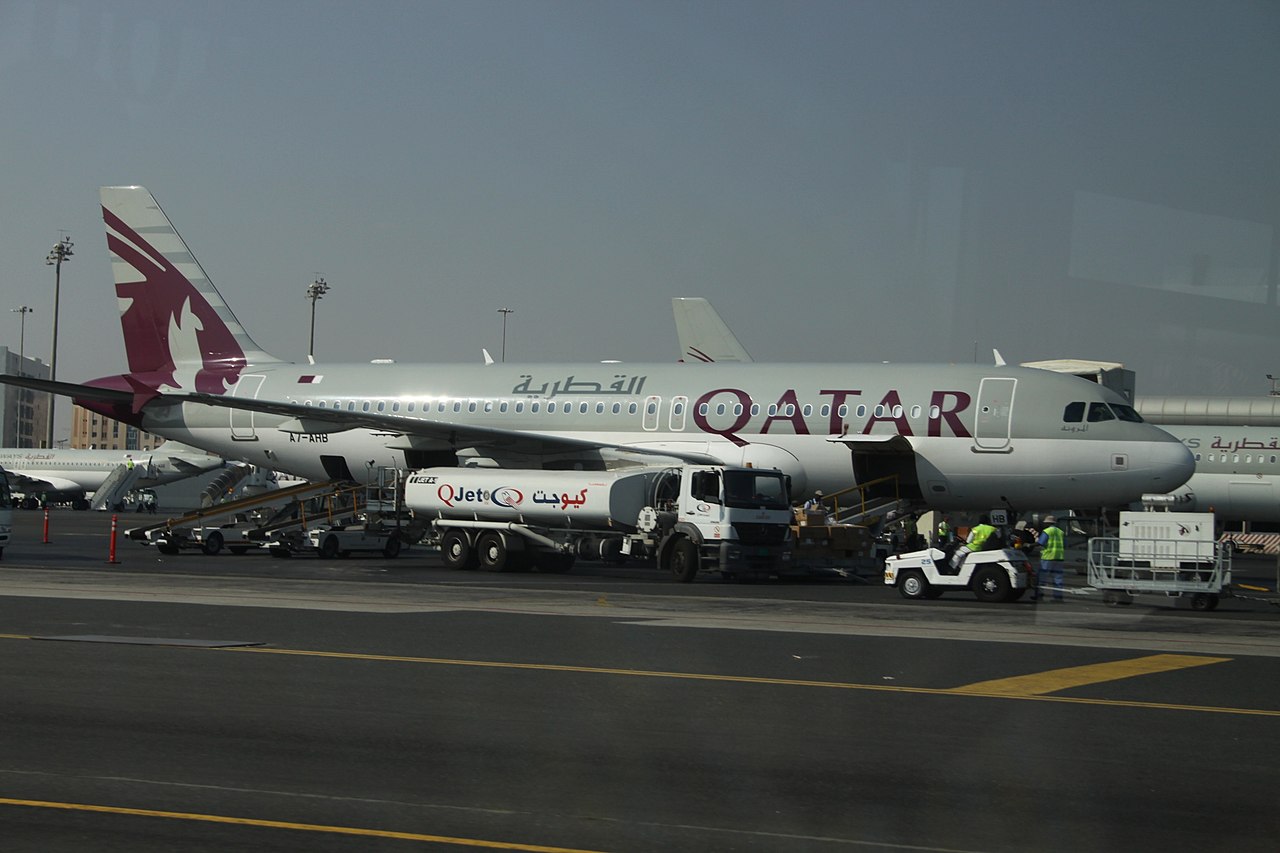 By joining the partnership with IATA, QAS became the first ground handling company in the world to join the IATA Environmental Assessment Program (IEnvA) program for ground handling service providers.

During the signing ceremony of the agreement, Qatar Airways CEO Akbar Al Baker said: “Awareness of environmental sustainability issues in all corners of our organization is of a high degree of importance to the success of the Qatar Airways Group.”

“Through IEnvA, QAS will be able to demonstrate the value of environmental compliance and ensure sustainability in its operations,” Al Baker said.

For his part, Director General of the International Air Transport Association, Willie Walsh, stressed that “QAS is the first ground handling services company to join the IEnvA program, which has been expanded to include ground handling operations, and sustainability is a critical challenge for the industries we do.”

“By taking proactive steps to measure and address their impacts within the IEnvA operations, QAS and Qatar Airways will be able to support their environmental sustainability achievements through the most comprehensive measure of global environmental certification,” Walsh said.

QAS is committed to minimizing the environmental impacts of its operations and plays a key role in helping Hamad International Airport to gain its global position as a leading airport in the field of environment among airports worldwide.

Qatar Airways, through its participation in the IEnvA program, aspires to meet and exceed the highest environmental standards in preparation for future expansion strategies.

The IEnvA program for ground services provides a framework for achieving environmental sustainability in all ground operations, by utilizing the knowledge and experience gained by the airlines in this program.

The program enables ground handling service providers to rely on airline program guidelines to reduce environmental impacts, improve health and safety for both employees and the community, while maintaining operational efficiency.

The announcement of the partnership comes a day after Airbus cut its last ties with Qatar Airways in the latest development of their safety and contract dispute.

The two companies have been locked in a rare public dispute since August 2021 regarding the status of more than 20 long-haul aircrafts, after the Qatar Civil Aviation Authority suspended nearly half of Qatar Airways’ fleet of A350s due to damage to the outer deck of the aircraft.

Qatar Airways, which was the first airline to use the plane in 2015, later sued Paris-based Airbus, seeking $1.4 billion in damages to the A350’s surface coating and lightning-resistant system, saying its navigational safety could be at risk due to a design flaw.

Qatar Airways has refused to take more A350s until it receives a deeper explanation for the damage or stripping of parts of the lightning fibres as a result of peeling paint.

Airbus, backed by the European aviation authorities, has acknowledged the existence of quality problems with the A350, but challenges the diagnosis of the Qatari authorities and the airline, which is one of its largest customers. T

The giant European manufacturer denied the existence of any safety risks as a result of voids in the underlying protection layer, stressing that the plane has a great deal of protection.

So far, the dispute has had a partial impact on the order book of Europe’s largest twin-engined aircraft, with first Airbus and then Qatar Airways ending use of some of the planes.

By the end of June, the giant plane manufacturer had outstanding orders from Qatar Airways for 19 of the larger version of the plane, the 350-passenger A350-1000 that cost at least $7 billion at list prices, or nearly $3 billion after traditional sector discounts.

But now Airbus has notified the biggest customer of the A350 it has cancelled the rest of the deal.

Both sides must submit documents running into thousands of pages, as their dispute heads toward a rare aerospace lawsuit in London in mid-2023, unless a settlement is reached.