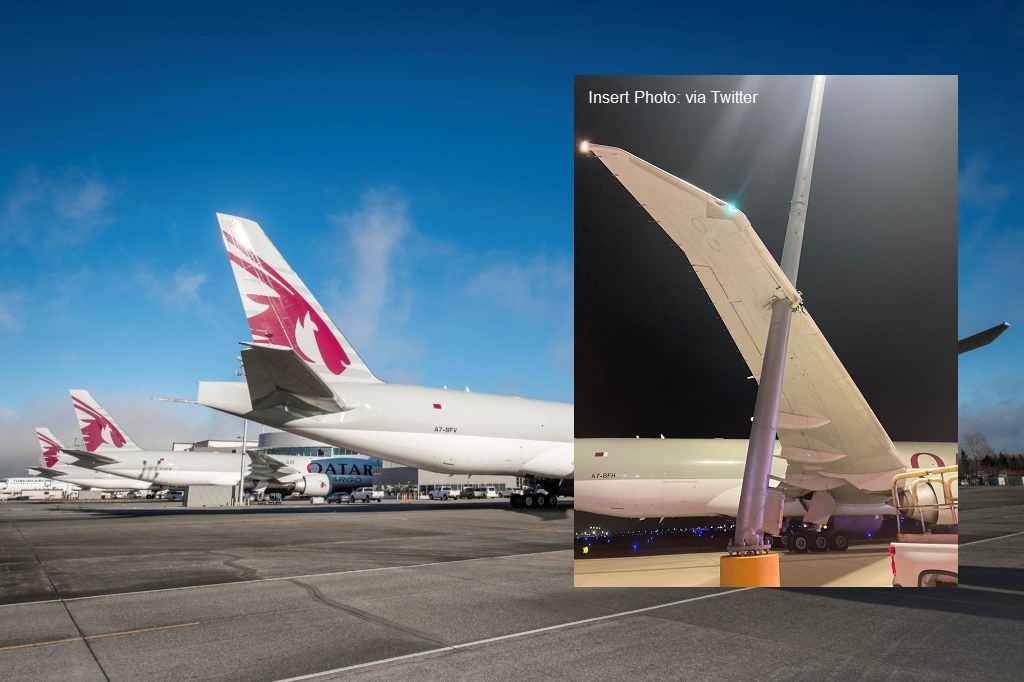 It is understood the Qatar aircraft was operating as flight QR8141 and had departed from Atlanta. From images which have surfaced on social media, the aircraft appears to have struck a lighting pole whilst taxiing after landing at ORD.

The impact has caused major structural damage to the aircraft’s starboard wing leading edge, just inboard of the wingtip. Images show the light pole embedded in the leading edge.

The aircraft has been identified as Boeing 777-200F (S/N MSN 42298), registered as A7-BFH, which was operating with Qatar Airways Cargo.

No statement has been issued so far by the airline or Chicago-O’Hare airport with respect to the circumstances of the incident. This is a developing story.