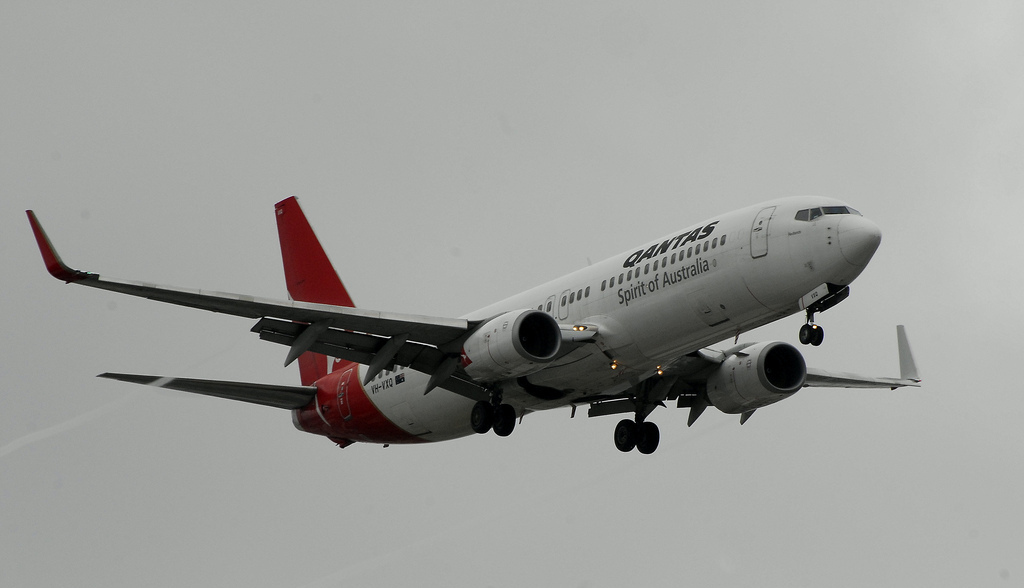 LONDON – A scheduled Qantas flight from Melbourne to Sydney was forced to make a return to return to the departure airport today after fumes were detected in the passenger cabin.

The Australian national broadcaster ABC reported the inflight incident which saw the Qantas Boeing B737-800 aircraft, registered VH-VZJ make a precautionary return to Melbourne. The flight had been operating as QF436, and was forced to made the inflight diversion as it passed abeam the town of Sunbury, to the north of Melbourne.

The aircraft was met upon its arrival by emergency services assets as a standard safety precaution. Paramedics and Qantas engineering staff were also on hand to meet the aircraft.

The Australian flag carrier has not made a statement with respect to the cause of the fumes, however it is understood that one of the flight’s cabin attendants was treated by paramedics for smoke inhalation.

Several people aboard the flight were Australian Football League (AFL) supporters travelling to Sydney to attend a preliminary final match between Collingwood and Sydney.

Collingwood Football Club president Jeff Browne was one of the passengers onboard the diverted flight. The AFL commissioner Robin Bishop was also aboard. Qantas worked to place passengers on alternative flights, and the two men reportedly made it to Sydney by mid-afternoon.