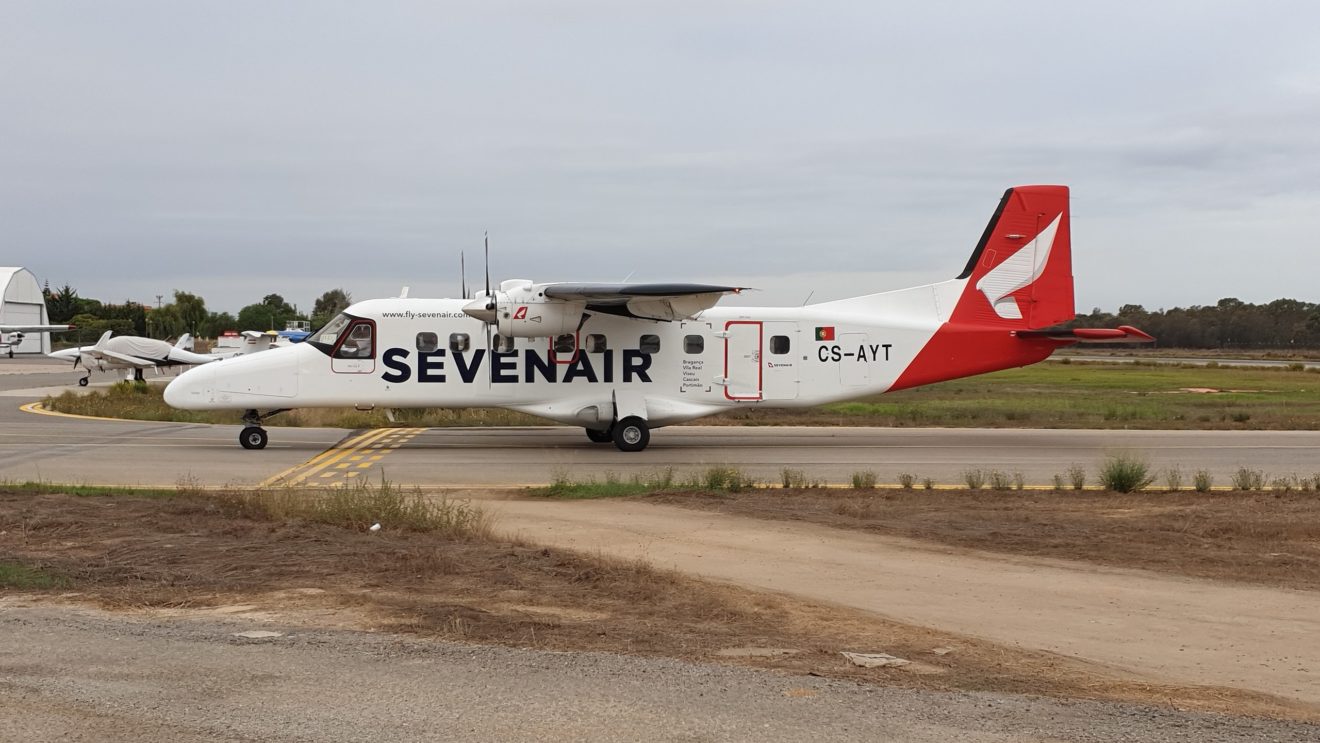 In order to fulfill these PSO contracts, the airline’s Chief Commercial Officer (CCO) Alexandre Alves is hinting that adding larger regional aircraft like the ATR may be an option.

Sevenair’s CCO then later said: “Our main goal is to operate all the possible PSO routes in Portugal. We are expecting a tender to be launched to operate between Funchal and Porto Santo, which is an operation that we did for 4.5 years, and it’s now operated by Binter Canarias (NT, Las Palmas).”

“We are hoping to get that again… After that, and this will be something during the first three months of the year, we will start working on an expansion to another European country.”

“There are three opportunities on the table, we haven’t decided which one [to focus on], but I’m pretty sure that in 2023 we will be operating a similar kind of scheduled flight in another European country,”

PSOs are lucrative as they are heavily subsidized by the nation’s state to perform routes that are economically and socially beneficial for a community but may not be financially favorable for airlines.

The airline pointed out that they are looking into other European countries for PSO contracts. Namely in Spain and Italy.

PSO’s up for grabs

There are several lucrative contracts for Sevenair to offer its bid.

For instance, Binter Airlines with their ATRs are now serving a PSO on the Funchal-Porto Santo route that will soon expire and is to be up for renewal right after its end date.

The Portuguese government will award  EUR5.6 million euros to perform this route for the duration of three years.

Now, Sevenair flies the only PSO on mainland Portugal, which links  Cascais, Vila Real, Viseu, Braganca, and Portimão. This current contract will expire by the end of 2022.

Alves chips in on the situation of PSOs in Portugal: “Our expertise in this kind of operation is quite interesting. The current PSO contract is for four years, and it’s not guaranteed that at its end, the government will continue.”

“But if they do, we will probably not face a lot of competition because there aren’t that many companies in Europe that are looking into these markets.”

“We operate in VFR only aerodromes, so it’s not an easy operation.”

PSOs may be lucrative, but the airline will not overcommit to any of these contracts, as it is striking its balance between growth and sustainability.

As we speak, the airline is also scouting globally for PSO contracts, in Africa and as far as ex-colony Timor-Leste. Government contracts, such as Medevacs or Cargo are also on the tables for the Portuguese carrier.

At the time of writing, the airline operates mainly small regional jets, like the sole Jetstream 31, and 3 German-made Fornier 228-200 while in the meantime is studying whether to add an extra Dornier.