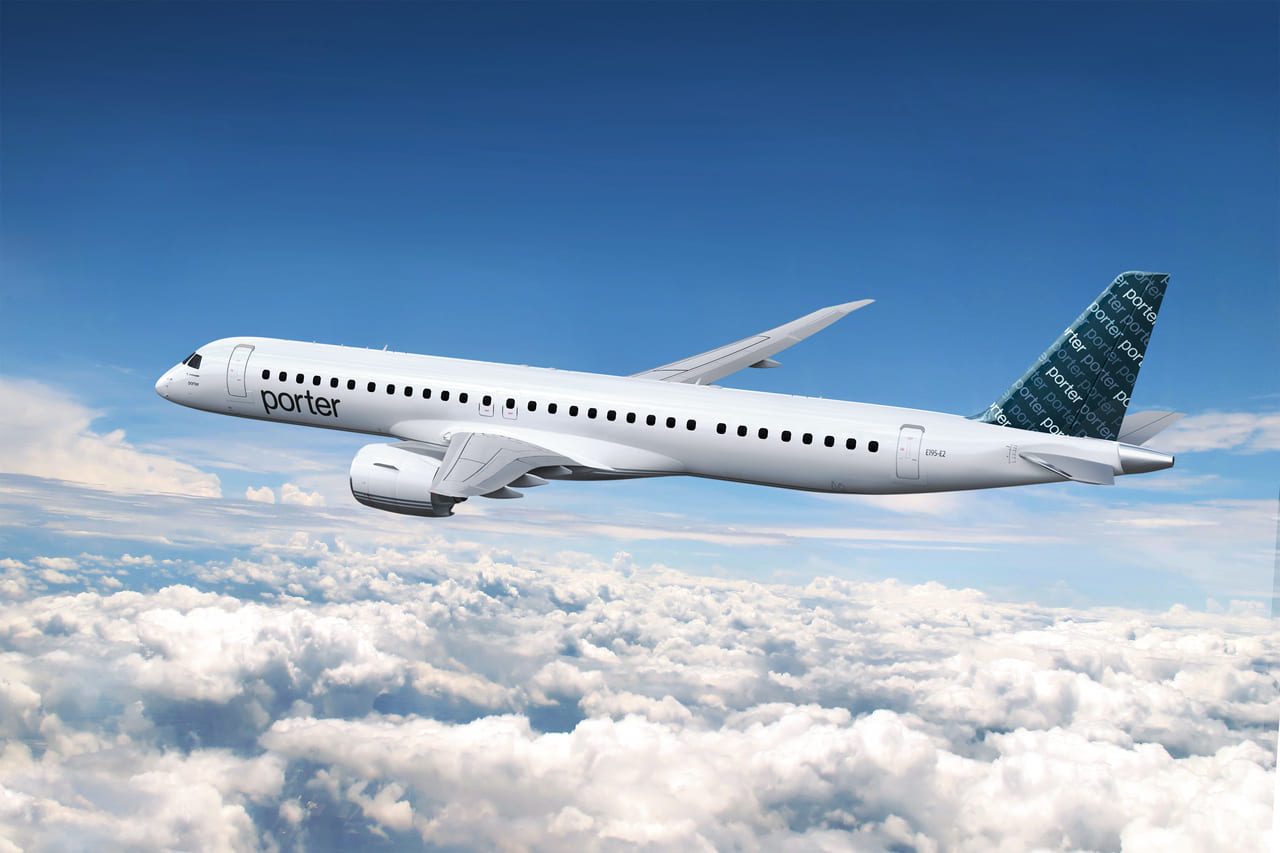 LONDON – On September 15, it has been announced that the Canadian operator, Porter Airlines, will be leasing six Embraer E195-E2’s from TrueNoord.

It has been confirmed that these six Embraer E195-E2’s for Porter do form part of the order for 30 of the type that the carrier first announced back in 2021. These six aircraft are expected to be delivered to Porter in 2023 and will be on a long-term operating lease for the Canadian operator.

Porter Airlines is based out of Toronto’s Billy Bishop City Airport (YTZ) and currently fly’s to 23 destinations throughout Canada and the U.S. using their current fleet of 29 De Havilland Canada, Dash 8 Q400’s of which each have a seating configuration of an all-economy class of 78 seats.

It is expected that Porter will utilise its inbound Embraer E2 aircraft to increase much needed capacity on key routes across both Canada and the U.S. as well as giving the carrier the ability to grow its network to further increase its passenger volumes.

The carrier has a total of 50 firm orders for the Embraer E195-E2 with a further 50 options for a potential total of 100 of the type. Commenting on their new signing with TrueNoord, Porter Airline’s Executive Vice President and Chief Financial Officer, Jeffrey Brown, has said:

“The growth plans that Porter is pursuing require support from dedicated partners. TrueNoord fits this mould, not simply from a financial perspective, but also by understanding our vision and how we intent to use the E195-E2 to help introduce a new level of service throughout North America.”

TrueNoord’s Chief Executive Officer, Anne-Bart Tieleman, also says, “This transaction marks an important milestone for TrueNoord as we continue to grow our North American business. We are very pleased to welcome not only our first Canadian customer, Porter Airlines, but also the first Embraer E2 aircraft to join our growing fleet.”

“This transaction demonstrates our desire to develop the business in a measured way, building long-term relationships with high-quality operators, such as Porter Airlines.”

“We are excited about the consistent and steady growth we are making across all of the Americas, it is a diverse and dynamic part of the global aviation market and presents significant opportunities. TrueNoord is well placed to expand further in this important region.”

TrueNoord’s Sales Director, Garry Topp, also adds, “Porter is deeply experienced and know their market well, having successfully operated for more than 15 years. They are blending this experience with great enthusiasm, innovation and creativity to build a successful business around the new E195-E2.”

“This aircraft has the potential to be disruptive to the market and Porter understand the opportunity this creates. They are a great customer to work with and we are proud to be supporting their expansion plans in the region.”

“The Embraer E2 is an excellent long-term asset. It delivers next-generation fuel efficiency and long-range possibilities to the market, while being simple for airlines to bring into service and operate.”

“Porter has exciting plans to exploit the efficiency and long-range capabilities of the type to provide really interesting new travel options for passengers in Canada and across North America.”

“TrueNoord has grown to become a significant player in the Embraer leasing market. We have great relationships with our colleagues at Embraer around the world and appreciate their ongoing support as we grow our portfolio of aircraft. They are an important partner to our business and we enjoy working with their professional team.”

Embraer Commercial Aviation’s North American, Vice President of Sales and Marketing, Mark Neely, has also added, “TrueNoord has been a valued partner for many years, we appreciate their continued confidence in our aircraft as we both continue to grow the regional aviation sector.”

“Porter is a progressive, forward-looking airline and we are proud that our next generation, E2 jets are their aircraft of choice as they embark on this exciting new chapter.”

It is great to see Porter slowly bringing its Embraer E2 operations to life with this lease agreement announcement with TrueNoord. It will be interesting to see how Porter aim to utilise their E2’s across their regional market sectors as well as how much of an impact on their business the type will have.