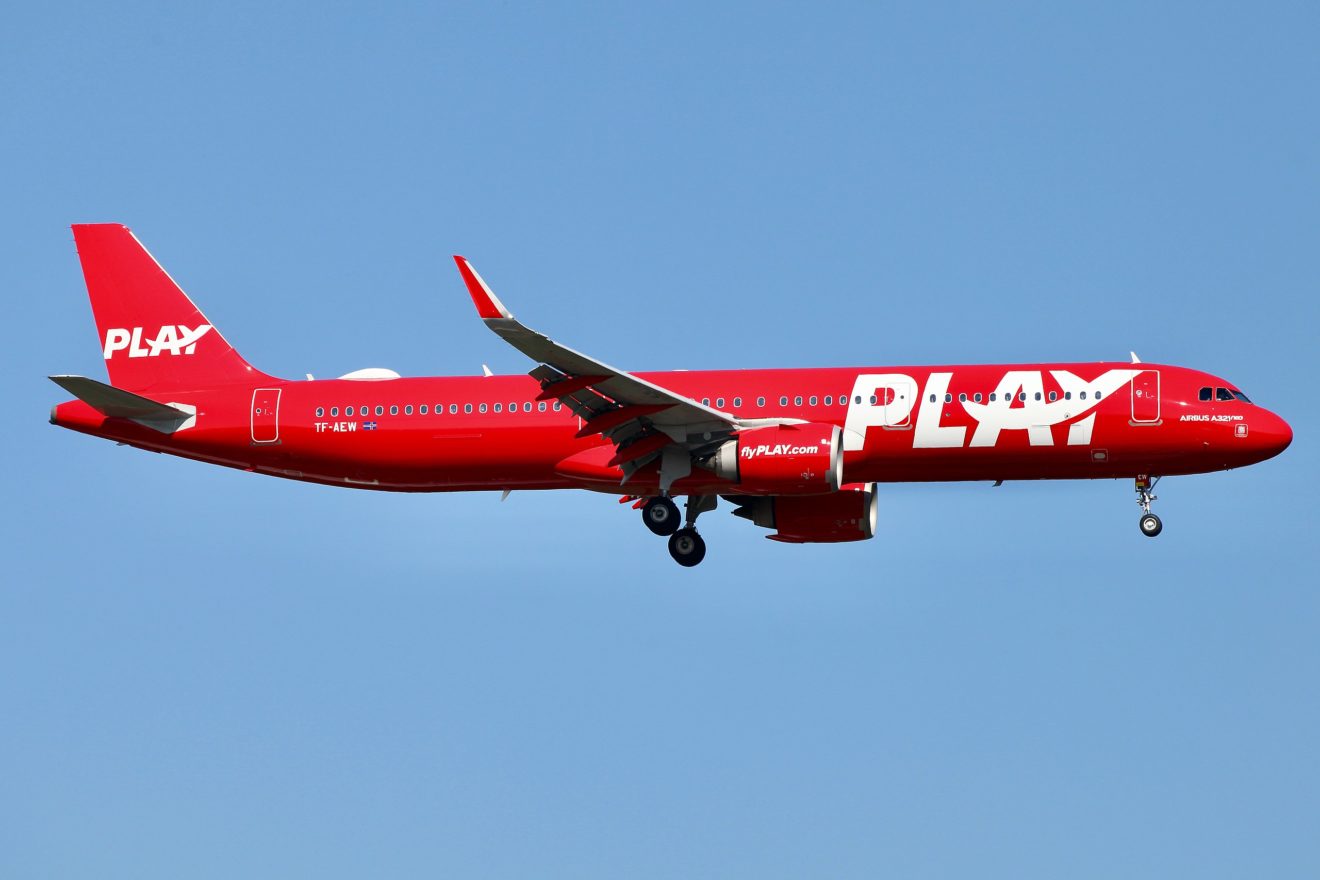 LONDON – Although plans to add the A321-200NX(LR)s have been delayed, PLAY (Iceland) (OG, Reykjavik Keflavik) still considers the long-range variants of the A321-200NX to be “really interesting” aircraft and could add them to reach more distant destinations.

“It’s really a very interesting aircraft because it gives you the kind of advantage of having it as a widebody jet. It gives you the range, but the cost profile is very different. So it could in made to be perfect for this business model,” Jónsson said.

The Icelandic low-cost carrier had planned to fly a single A321-200NX(LR) in 2022 to add a new route to Orlando International Airport but delayed those plans due to rapidly rising fuel prices.

Jónsson said that instead of the long-range alternative, the airline got an affordable A320-200N which was originally intended for smartavia (5N, Arkhangelsk Talagi) but was not retained due to the international sanctions against Russia.

Orlando remains one of the potential destinations the airline could explore outside the range of its current fleet.

Continued Interest in the XLR…

“We don’t have any firm plans to offer an LR or even an XLR, but we’re watching it closely because the geographical location of Iceland, especially considering XLR, could open up some really exciting opportunities.”, stressed Jónsson.

This was also confirmed to AviationSource following an interview with Jonsson back in June. He said the following back then:

“The A321XLR is an aircraft that hasn’t been in commercial service yet, but it looks very interesting on paper and would open up a completely different set of options for us. “

“We are closely monitoring it, and based on our concentration on the business plan, we may consider it depending on whatever happens after 2025.”

“If we sit with 15 aircraft in three years’ time and have the luxury of looking at what the next step is, then we have done everything right then. So, with that in mind, I’ll leave that question to that time.”

“We believe that in this niche market, 15 aircraft is the right point in time to take stock and assess the situation,” he said.

He acknowledged that once PLAY grows past 15 aircraft, it would most likely need to schedule a second connecting bank at Keflavik. This will allow it to launch longer routes that do not fit into the current, single-bank schedule.

Jónsson noted that PLAY prefers to grow incrementally rather than outpacing Reykjavik Keflavik’s market potential in order to avoid the mistakes made by WOW air (Reykjavik Keflavik), which operates well with only a narrow fleet but then collapsed after entering in the widebody market.

Overall, PLAY does seem to be in the right position so far, and with Jonsson at the helm, it’s clear that no decision will be made until due diligence has been implemented.