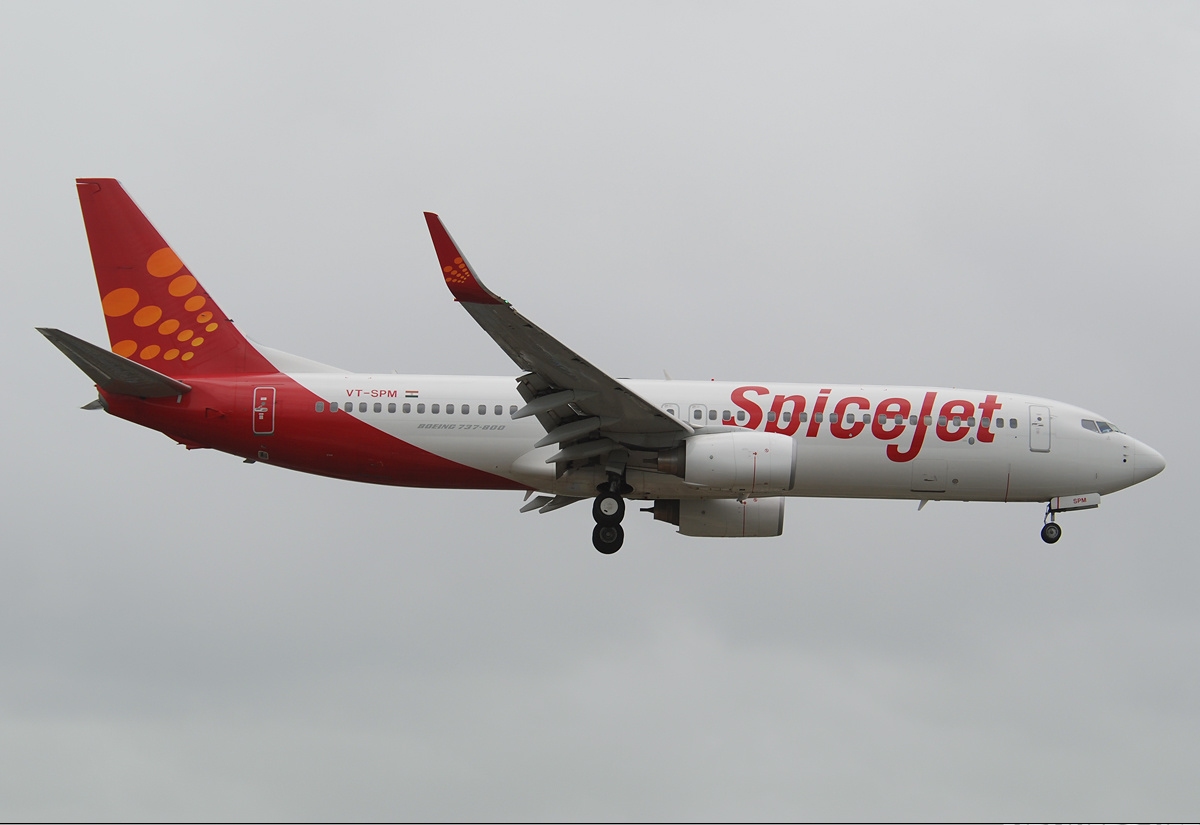 LONDON – BBC reports indicate that a SpiceJet flight carrying 200 passengers and crew traveling from Mumbai to the eastern city of Durgapur encountered severe turbulence severely injuring 17 passengers on board the 737 jet.

A businessman whose name remains private is one of the 17 victims of the turbulent ordeal.

He tells the BBC how this is a very regular route for him, and nothing felt out of the ordinary for the first thirty-five minutes of the flight.

The food was served, and as usual, people were watching their phones or reading the newspaper whilst others were sleeping. Essentially nothing out of the norm, the businessman recounts.

The businessman was sitting in the aisle seat and recalled the seatbelt sign being turned on and the cabin crew checking seatbelts as per standard.

What shocked and scarred the man was the following 17 minutes of what he thought ‘’were the worst ones of my entire life’’.

He is still confused as to what caused the severe turbulence however can vividly recall the feeling of being inside a bouncy ball being shot from side to side and the seal belt not providing much aid.

He remembers big drops in altitude in what seemed an uncontrollable dive down a 100-story building.

In the long 17 minutes, the businessman not only had to think of his own safety but that of others who he tried to grab upon seeing them thrown around from side to side of the cabin.

He believes they were not wearing their seatbelt when the turbulence hit.

Sitting in Infront of the businessman was a woman who was traveling with her 11-year-old daughter.

They were both flung off the seats and into the air being hit by the walls of the aircraft and the luggage that had flown off the overhead racks.

At the last jolt, the injured woman was in such dire condition that she held onto the leg of the businessman in the hopes of protection. She fainted soon after.

The passengers on board SpiceJet aircraft were crying shouting and some, praying for dear life. Relentless announcements on behalf of the crew and pilots were made for passengers to sit down and put their seatbelts on. In the panic of the moment, few were listening.

It was complete mayhem, recalls one of the passengers onboard the aircraft.

The food waste from the galley was flying out – leftovers and beverage cups and cans choked the isles.

The oxygen panels had opened, and the masks had dropped down. So many people got hurt, “I saw bloodstains on the ceiling”. Passengers frantically asked for ice to reduce the pain and swelling from their wounds.

The aircraft, after much turbulence, landed safely at its final destination. Claps could be heard in the galley and many thanked the pilots and cabin crew for their undiscussed bravery and skills.

Upon landing, however, there was no reception of ambulance waiting to aid the ill passengers recounts the businessman. It took over for one to show up and it didn’t even have a doctor on board.

It was clear that the airport was not prepared for emergency situations like this one.

A paramedic, one of the few on sight, was giving out painkillers and putting on bandages. There weren’t enough wheelchairs. Many passengers limped to the arrival hall.

The businessman had to take matters into their own hand and make his own way to the hospital. That evening he went to the hospital to get an X-ray of swelling in my foot.

Upon arriving at the crowded facility, he saw many of his fellow passengers getting treated for wounds and getting scans. The woman who was clinging to the businessman’s leg was later treated for stomach and shoulder injuries.

India’s Civil Aviation Authority has ordered an investigation into the incident however it is believed that cause may have been an automatic disengagement from the autopilot.