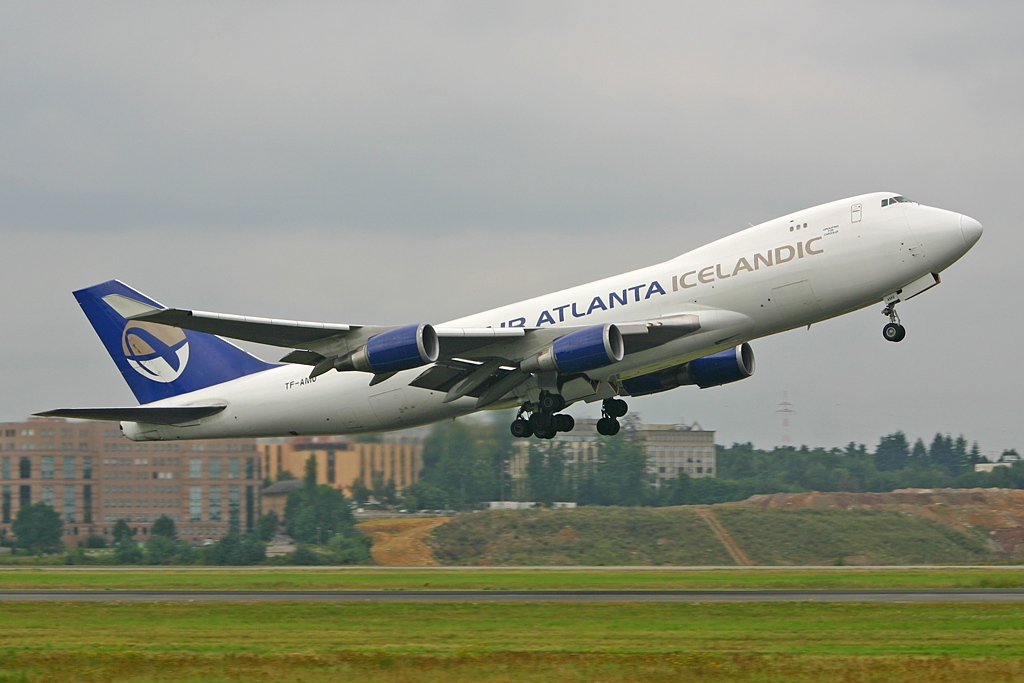 OSLO – Part of an engine has fallen off an Air Atlanta Icelandic Boeing 747-400, which was in flight over Belgium. The part is said to have caused substantial damage to a garage roof in a residential area.

The aircraft in question is a 28.2-year-old TF-AMC, an airframe originally delivered to Singapore Airlines Cargo (SQ) in 1994.

The airframe has also served at Israeli carrier El Al from 2010 before being stored at Marana Pinal Airport (MZJ) in 2019, where it got picked up by Air Atlanta Icelandic in the summer of 2020.

The flight departed Liege (LGG) at around 11.30 p.m. local time, bound for Malta Luqa (MLA). On departure, the aircraft made a right turn, where after straightening out, it passed the Belgium city of Waremme at approximately 5.000 feet.

Louis and Adela, the couple living in the affected housing, were left in shock as they realized what had happened. Though thankfully, there were no injuries sustained on any humans, the couple says they’re mentally disheveled after the incident.

Louis, the homeowner, has since released his feelings on the episode, saying:- “It sounded more intense than usual. I had the feeling it was flying quite low; it was hard to believe.”

He, along with other residents, thought it was a thunderstorm that created the large sound, but was shocked when he discovered an engine part from the 747, in his yard.

According to the aircraft flight data provided by Flightradar24, the Air Atlanta Icelandic flight, CC320, continued its flight to Malta Luqa (MLA), where it landed at 01.53 a.m. local time.

The aircraft was parked after landing and situated at Malta’s Luqa Airport (MLA), until September 10th, when it departed for Douala International Airport (DLA), Cameroon, with the same flight number and callsign.

Onboard the flight were 231 passengers, all of whom remained unharmed during the incident.

The pilots of flight 328 called “Mayday” shortly after takeoff and safely diverted the aircraft back to Denver Int’l Airport (DEN). The due-to-last 7 hours 30-minute flight, instead, lasted just 30 minutes.

Similar to the 747 incident, engine parts from the 777 used on this flight, also landed in residential areas in the Broomfield district.

The forward part of the engine cowling landed in someone’s front yard, with more debris being scattered around in fields or around the district

The United incident caused a partial worldwide grounding to Pratt & Whitney powered Boeing 777’s, with Japan banning the P&W powered aircraft from Japanese airspace, whilst the cause was being investigated.

Four months ago, the Federal Aviation Administration (FAA) issued a report on the Pratt & Whitney-powered Boeing 777s, re-clearing them into service.