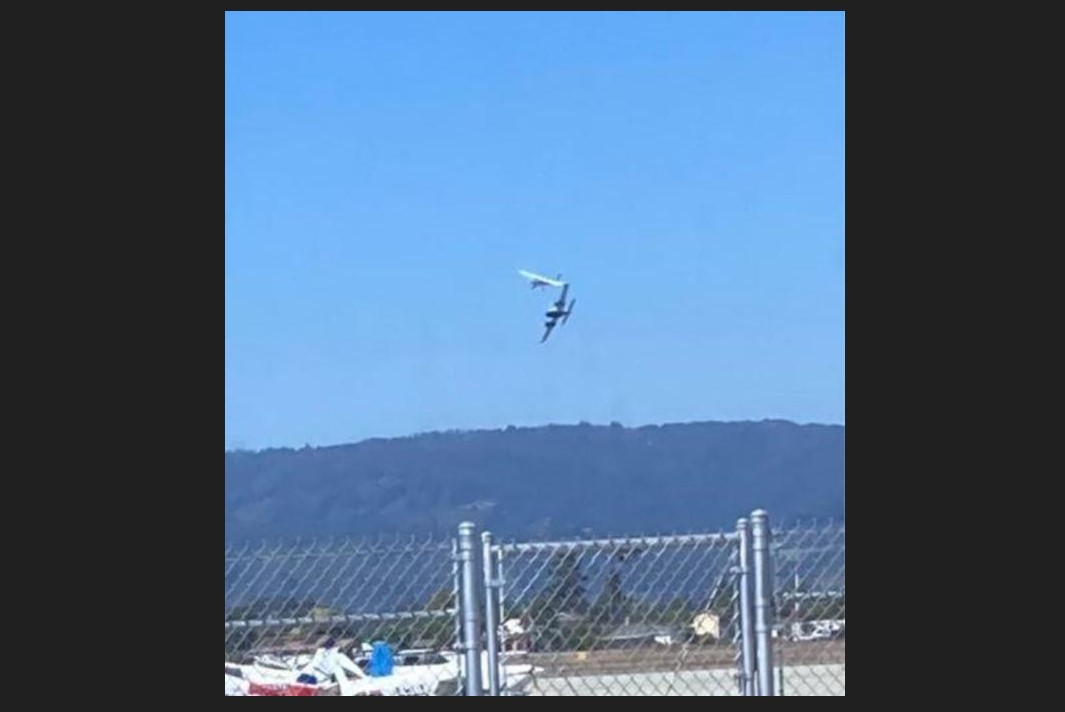 LONDON – The US National Transportation Safety Board (NTSB) has released its preliminary report into last month’s mid-air collision of two Cessna light aircraft in Watsonville, CA which claimed the lives of three occupants.

A twin-engine Cessna 340 was inbound from northeast of WVI, when the pilot reported that he was 10 miles out and planned to descend for a straight in approach to Runway 20.

The pilot of the Cessna 340 then reported that he was located 3 miles out and on a straight-in approach for Runway 20.

Shortly after, the Cessna 340 pilot again reported his position, advising that he was now 1 mile out and continuing a straight-in approach for the runway.

He further stated that he was looking for traffic (the Cessna 152) which he was expecting to see on the left base leg. The Cessna 152 pilot, now on the final leg, reported that he did see the Cessna 340 and that it was behind him.

The Cessna 152 pilot then further stated that he was going to go around, “because you are coming up on me pretty quick.”

Watsonville airport is not controlled by a control tower and the two aircraft were required to maintain visual separation themselves. Multiple witnesses heard the radio exchanges described above between the two aircraft on the CTAF frequency.

The collision sheared the Cessna 152’s left wing, left horizontal stabilizer and elevator from the aircraft. One witness said this aircraft then immediately plummeted to the ground with most of the wreckage coming to rest about 1,200 feet northeast of the approach end of Runway 20.

The twin-engine Cessna 340 continued to fly for a short period before impacting a hanger on the southeast side of the airport. A final NTSB report is pending.

The Santa Cruz County Sheriff-Coroner’s Office identified the victims from the twin-engine Cessna 340 as Carl Kruppa, 75, and Nannette Plett-Kruppa, 67, of Winton, CA. The single-engine Cessna 152 pilot was identified as Stuart Camenson, 32, of Santa Cruz, CA.