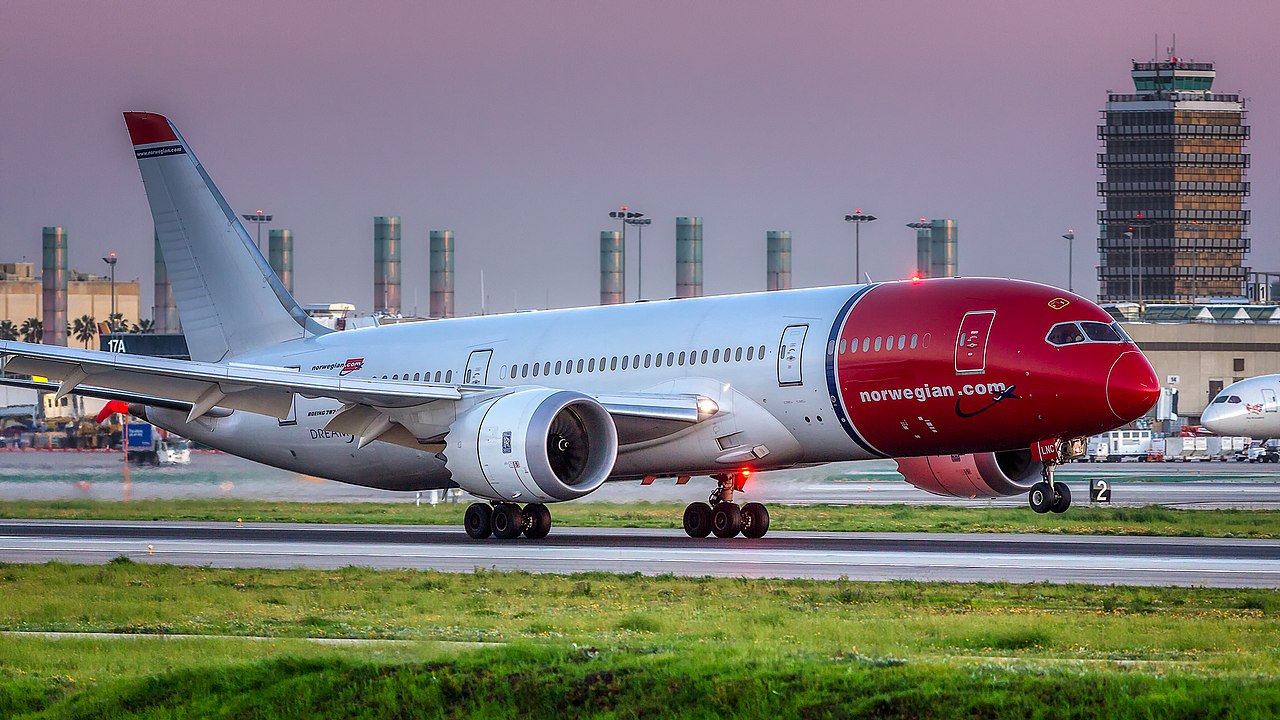 LONDON – On August 25, the Nordic low-cost carrier, Norwegian, has released its second quarter (Q2) 2022 financial position, showing a major boost to the carrier.

Putting the future into a much brighter perspective, Norwegian has reported a profit before tax (EBT) of NOK 1,248 million, however, this figure could’ve certainly been higher but the carrier placed aircraft orders this quarter for new Boeing 737 MAX aircraft as well as the global surge in fuel prices.

In terms of their liquidity position, Norwegian once again ended the quarter with the cash and cash equivalents of NOK 7.5 billion.

Norwegian continues to see a rise in demand for air travel as during the summer season so far and in this quarter they carried 5 million passengers, with their ASK (Available Seat Kilometres) nearly doubled compared to Q1 in 2022 with a increase in passenger numbers to 124% to 7,627 million compared to Q1’s 3,871 million.

The carriers RPK (Revenue Passenger Kilometres) was also up to 6,190 million, coupled with an improved load factor at 81.2% for the quarter.

This quarter Norwegian placed a huge order for the purchase of 50 Boeing 737 MAX 8 aircraft with options for 30 more, which are expected to be delivered between 2025 and 2028, which the delivery scheduled closely follows in the footsteps of current Boeing 737NG lease expirations.

For their fleet this year, Norwegian intends to increase to 70 aircraft, then for the summer of 2023, 15 further aircraft will be added for a fleet total of 85.

It is also worth pointing out that Norwegian did suffer a little this quarter with the aircraft technicians going on strike in June after the Federation of Norwegian Aviation Industries (NHO Luftfart) and the Norwegian Aircraft Technician Organisation (NFO) failed to reach an agreement. However, the strike only lasted 10 days after it was concluded following forced arbitration.

Norwegian’s Chief Executive Officer (CEO), Geir Karlsen, says on their Q2 results, “This quarter has demonstrated our ability to rapidly ramp up capacity and effectively meet the strong demand for air travel. The results have been made possible thanks to our dedicated colleagues that put our customers at the heart of our operations.”

“I am particularly pleased that we deliver market-leading regularity in times with capacity constraints across European airports and a technician strike in Norway. The aircraft deal with Boeing is key for Norwegian’s next chapter.”

“It will enable us to serve our customers with modern fuel-efficient aircraft, significantly reducing our carbon footprint. In addition, it sets the stage for us to own a large share of our fleet, enabling us to solidify our Nordic stronghold.”

“Looking ahead, Norwegian is well position to solidify the position as a leading Nordic airline. Our customers assign high value on Norwegians offering, including the attractive route network, the award-winning Norwegian Reward loyalty programme, and market-leading operational performance.”

“Agreements entered into with Widerøe and Norse Atlantic Airways in July will serve to further increase the attractiveness of our offering.”

Norwegian is certainly back in full-swing this year, with operational performance on the rise, a strong financial standing and a growing fleet with significant expansion plans, they are set for a strong future ahead of them. In time it will be interesting to see the developments of the carrier.