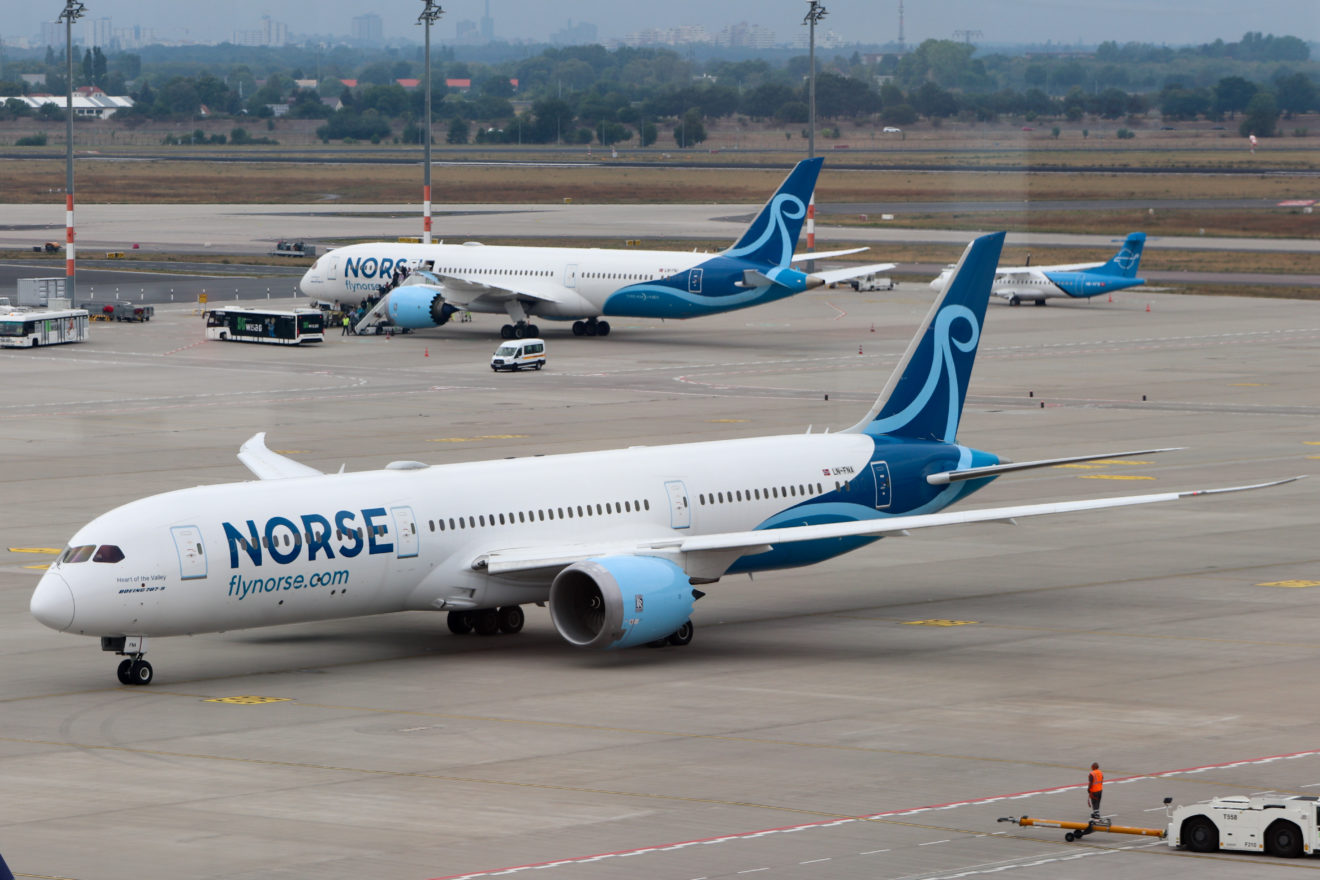 Two very interesting cities in their own right.

To commemorate this Inaugural flight, Berlin Brandenburg Airport BER hosted an event inviting members of the press as well as representatives from both Norse Atlantic Airways and the Airport.

Some members of the Industry were also present, along with a few politicians.

Norse Atlantic Airways is a relatively young start-up airline operating out of Oslo, Norway, which already has an interesting and promising route network connecting major cities such as New York and Los Angeles with London and Oslo. Berlin is the newest addition to their network and now has flights to both aforementioned US-Cities. Towards the end of the year, Fort Lauderdale in Florida will also be added to the schedule.

According to vice president of the Union of Industry and Trades, Robert Rückel, there are over 250 companies and businesses that can profit from a direct connection between BER and LAX.

“Since Congresses and Fairs are also an important part of Berlin’s economy, it’s vital to bring foreign guests into our city,” he adds.

“Such a connection is attractive to a broad variety of people and businesses, a direct flight not only saves time and hassle but is also much more sustainable than having to transit 3 times,” commented Berlin’s minister for economics, Stephan Schwarz

Since Los Angeles and Berlin, which have been partnering cities for 55 years already, are both important sites in the movie- and art-industry, those businesses will likely profit the most from this new flight.

But not only businesses will find interest in such a connection. Norse Atlantic Airways especially tries to cater to young people.

While Disneyland, the Hollywood Studios, and opulent beaches await tourists from the greater Berlin area, US holidaymakers are in for a treat with Berlin’s vivid club culture, interesting museums, and natural resorts in and around the city.

The Concept of Norse Atlantic Airways revolves around a relatively low base fare for the flight. Travelers can then additionally book seats, luggage, and meals to create their bespoke trip. The concept seems to be welcomed by the Berliners:

“We are very pleased with the developments at Berlin Brandenburg Airport”

”How serious they are with security and safety… entering the United States is very regulated, and this new system will help us and enhance the process,” Norheim adds, referring to a new operational feature to be introduced at BER where passengers can prebook their slot for the security control in order to streamline the entire airport-experience.

According to the Berlin Airport COO, Thomas Hoff Andersson, this is the first time such a system has been implemented in Europe.

He is obviously very keen on having flights to the US from his Airport: “I think it is very important, not only for the airport of course because in the end, we are the airport of the capital region. It’s good for the economic development and tourism and will strengthen the transatlantic partnership.”

”What’s not to like about our region, there is something for everyone, food, sports, nature, history, partying…”

“As an airport, we keep very close connections to many airlines, and there is always an ongoing dialogue”

“That is the dynamic of this industry, you build relationships, you see opportunities, and when both parties are ready, these opportunities will materialize,” Andersson commented on potential new carriers at BER, foreshadowing an interesting future for the Airport.

Looking over to the future of Norse Atlantic Airways, however, COO Thom-Arne Norheim was more direct and announced the opening of another European base.

That being Paris Charles de Gaulle Airport in France with a daily flight to New York JFK Airport starting on the 9th of December.

Fleet and Route-wise, there are currently no further plans known to the public. We will definitely follow Norse Atlantic Airways’ development with great Interest and wish them all the best and always happy landings!