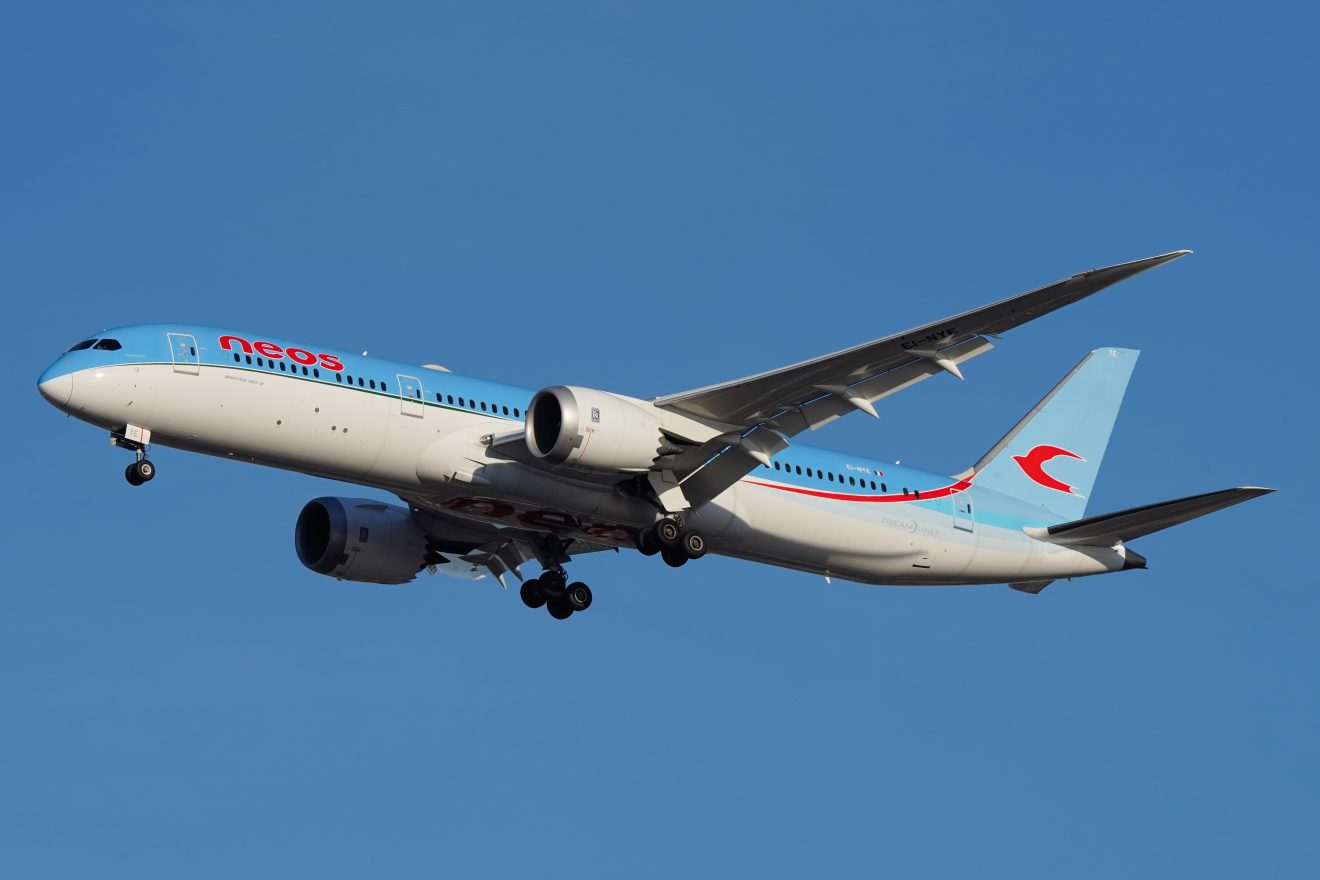 ROME – After two years of limitations, Neos begins to plan its summer schedule and definitely starts with a bang: more than 140 flights per week to its 50 and more served destinations, with a particular focus on the Mediterranean region.

Neos will serve flexible and competitive connections from northern to southern Italy, including Sardinia and Sicily, the most desirable destinations for those wishing to soak up an atmosphere made of sun, culture, history, and nightlife.

Greece will be a prominent destination with the same schedule as 2019 one, for a total amount of almost 40 flights per week to Karpathos, Kos, Mykonos, Santorini, Samos, Skiathos, Rhodes, and Crete.

Spain will present up to 30 flights per week from the main Italian airport to Balearic and Canaries islands.

Egypt, one of the most profitable markets for Neos since its beginning, will be served by up to 34 flights per week for Cairo, Sharm El Sheikh, and Marsa Alam.

Other destinations will be Tunisia, with Djerba and Monastir, Cape Verde, and Senegal with Dakar.

The Rest of the World…

Regarding long-range connections, it will be possible to fly from Milan Malpensa, Verona, Rome, and other Italian main hubs for Neos to destinations such as Maldives, Dominican Republic, Sri Lanka, Madagascar, Kenya, and Tanzania (Zanzibar).

The offer is expanded to the Bahamas, Mexico, and Cuba where frequencies are planned on Havana and Holguin for the eastern part of the island.

Connections to China and Japan have resumed this week in Tianjin with the objective of expanding to Beijing.

Other flights from Milan Malpensa will include Tel Aviv (also operated from Verona) and New York, at the moment operated twice a week.

Neos is definitely celebrating its 20th birthday in style, and it will be interesting to see how the Summer fares for the carrier as well as what success the intercontinental routes will have.

The carrier has been a staple of Italy’s aviation and has succeeded well in the background of Alitalia, now ITA Airways.

With its fleet optimization at a good point, it means the carrier can begin to show how well their routes work and more importantly their operational reliability going forward.