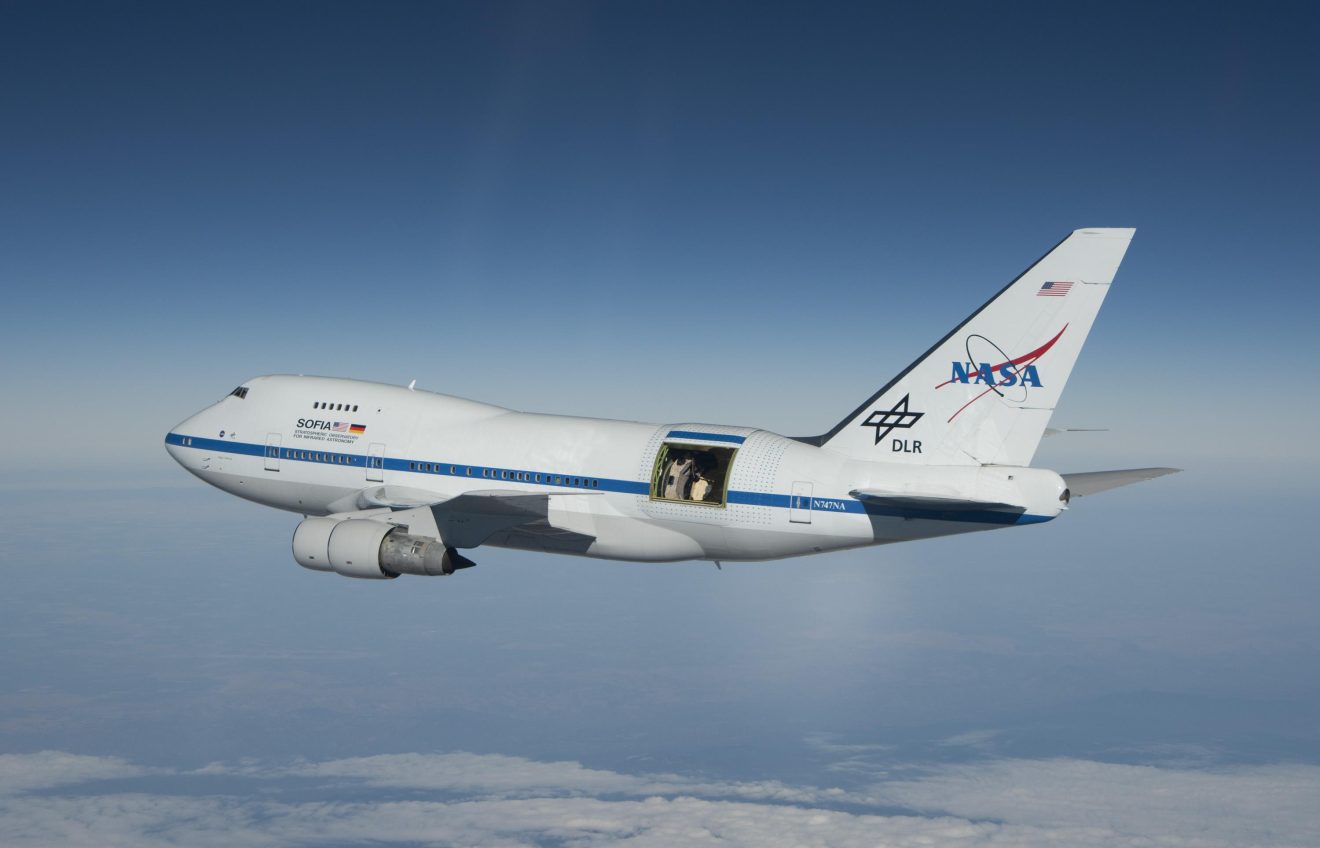 LONDON – The one-of-a-kind Boeing 747SP operated by NASA will come to an end after 8 years of service. The Boeing 747SP airplane designed to carry a reflecting telescope will be no longer flown.

NASA began flying the modified 747SP in 2010 under the registration of N747NA. On May 26th, 2010, SOFIA took the first image of the solar system, a huge milestone in the space photography field.

The SOFIA 747SP primarily monitors the infrared universe and observes phenomena such as the formations of new stars and solar systems.

Unfortunately (for aviation enthusiasts), NASA and DLR pulled the plug on the SOFIA project and will perform its last mission no later than September 2022.

Her final mission was in South America, Chile, to be exact for 2 weeks. NASA temporarily positioned the SOFIA from Palmdale, California to Santiago to observe the celestial objects that can only be seen in South America.

During the trip to Chile Naseem Rangwala, SOFIA’s project scientist, at that time said,

“We are thrilled to deploy to Chile so we can provide more access to the Southern Hemisphere skies for our scientific community. We are increasing our deployment tempo with a focus on efficiency and prioritized targets, and we are grateful for the opportunity to do that from Santiago.”

The South American trip was SOFIA’s first international trip in 2022.

The Boeing 747SP used for the SOFIA project is a 44 years-old airframe. The plane was initially introduced into service with Pan Am in 1977, before going to United Airlines in 1986. NASA purchased the unique 747 in 1997.

On the 1st of April, SOFIA returned to the United States. Since then, SOFIA has had 14 flights conducting circuit flights above Palmdale according to flightradar24.com.

The end of the chapter for the 747SP is both terrible news for Avgeeks and astronomers (or at least they have found a replacement project?). The project was too expensive.

According to the research by the National Academies, Decadal Survey on Astronomy and Astrophysics 2020, concluded that the SOFIA’s scientific capability does not justify the operating costs.

Significantly SOFIA’s mission did not align with what the missions of the Decadal Survey have identified for the next decade and beyond.

Between 2014 and 2022, SOFIA held numerous missions, including observations of the Moon, planets, stars, star-forming regions, and nearby galaxies. One of the highlights was the discovery of water on the sunlit surface of the Moon in 2020.

The conclusion of SOFIA’s mission spells the end of astronomical exploration flights and a boon for NASA scientists, as it ventures out into newer and cost-effective missions. For aviation geeks, this news is terrible as there is one less exotic machine flying.