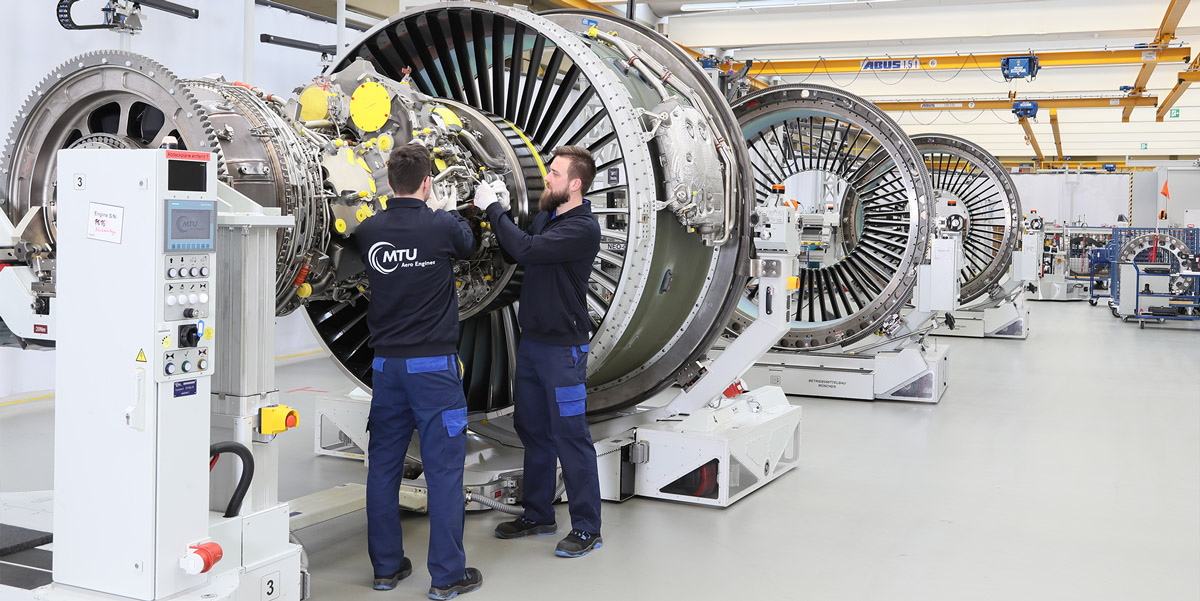 LONDON – German aircraft engine manufacturer MTU Aero Engines has announced that they have had an eventful Air Show this year. Their attendance at the biggest aviation Air Show has paid off well, as the company has bagged various contracts worth US$600 million.

In its record-breaking contract deal, MTU has seen significant market share being captured by the company’s Geared Turbofan (GTF), with new orders being placed at the Farnborough Air Show.

The new Geared Turbofan (GTF) will be installed onboard Air Lease Corporation’s 80 Airbus A320neo aircrafts, along with 76 newly ordered Airbus A220 aircrafts which will also feature GTF.

With the array of systems working towards rotating fan at lower speed and low-pressure compressor and turbine fan faster, achieving optimum speed with emphasis on efficiency. As a result of this system, the engine burns 16% less fuel and produces 75% less noise, as compared to that of predecessors.

The company further boasts that it has saved over 3 billion litters of fuel and avoided more than 8 million tons of CO2 emissions.

Currently, the GTF engine family is powering different aircraft including Airbus for its A320neo and A220 along with Embraer for its second-generation E-Jets.

As of today, MTU Aero Engines has accounted for 15 to 18% of the geared turbofan engines (GTF). The company plays vital role in supplying key components such as high-speed low-pressure turbine or various stages of the high-pressure compressor for the geared turbofan.

It is responsible for final assembly of one-third of all PW1100G-JM series produced engines for Airbus A320neo family. Furthermore, the company has a program share of 4% in the GE9X engine used onboard 777X and is responsible for the turbine centre frame, MTU added.

Speaking on this occasion, CEO of MTU Aero Engines AG, Reiner Winkler said “This amount underscores once again how much our industry is recovering. Airlines have great demand for state-of-the-art aircraft with propulsion systems with good fuel efficiency.”

With its impressive performance at this year’s Farnborough Air Show with such spectacular deals that MTU has bagged, it is evident that the aviation industry is indeed returning to normality and focusing on greener and cleaner flying for the future generations. It is also evident that the potential of such technology will harness environmental sustainability for the aviation sector overall.