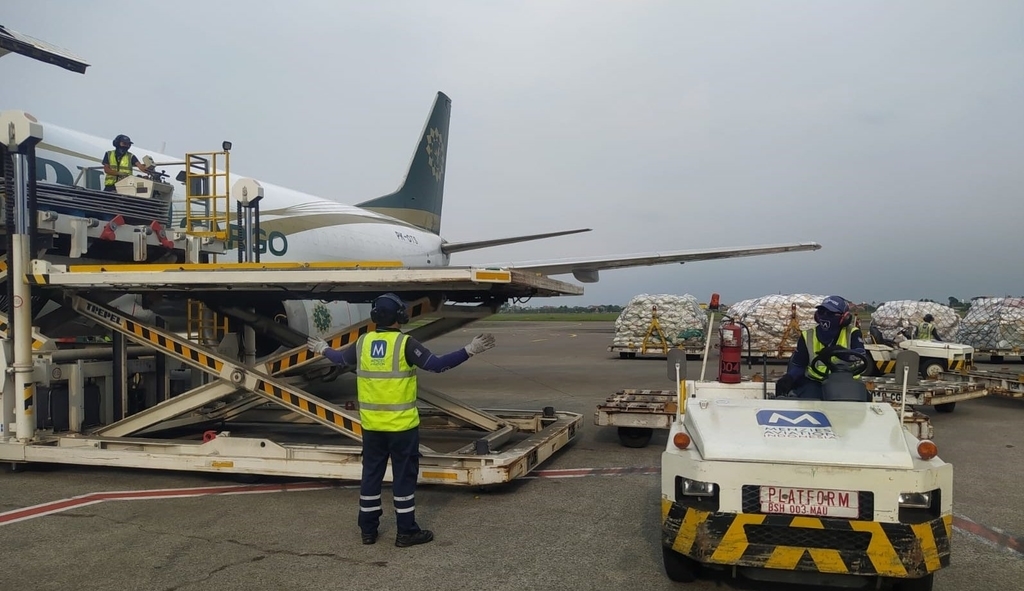 In the rapidly growing Indonesian market sector, Menzies has secured a three-year contract with Rimbun Air – an Indonesian cargo and regional passenger airline.

The win adds an additional 40 flights per week to Menzies’ Jakarta ground services operations, significantly increasing the volume handled by the team.

A second Indonesia contract has been secured with Malaysian cargo carrier Raya Air, who also operate out of CGK Airport.

The Indonesian region is a rapidly expanding aviation sector, for both passenger and air cargo. Geographically located on major air routes between South East Asia and Australia, the region is set to become the fourth largest world aviation market in the next few years.

Both contracts provide Menzies Aviation with the assurance of continued growth in this lucrative market, and the recent contracts reflect its trusted service and safety standards in the region.

The initial two-year contract will see Menzies handle an additional estimated 2,000 tonnes of cargo per year. The win reflects Menzies’ longstanding relationship with the airport, where it has been operating since 2000.

The contracts come in the wake of the appointment of a new Senior Vice President South East Asia & China, James Wong. This is a newly created role, and further points to the efforts which Menzies Aviation is putting into the growing region.

Having moved from a previous role as the Vice President Cargo & Sales North America, Mr Wong is developing new business throughout the South East Asia and China region as part of Menzies’ strategic growth plan.

“We are pleased to announce our recent contract wins with Rimbun Air, My Indo Airlines and Raya Air alongside the appointment of James Wong as SVP South East Asia & China.”

“James is based in Singapore and it’s great to see he is already strengthening our existing relationships and developing new partnerships.”

“I am looking forward to working with him to develop our operations as the region continues to emerge from the pandemic and the associated travel restrictions.”

As world markets slowly rebound, Indonesia is perhaps further bolstered by its relatively high growth in the air passenger market.

Menzies Aviation’s keen interest in winning air cargo contracts in the region perhaps points to just how significant this aviation world market is perceived to be.