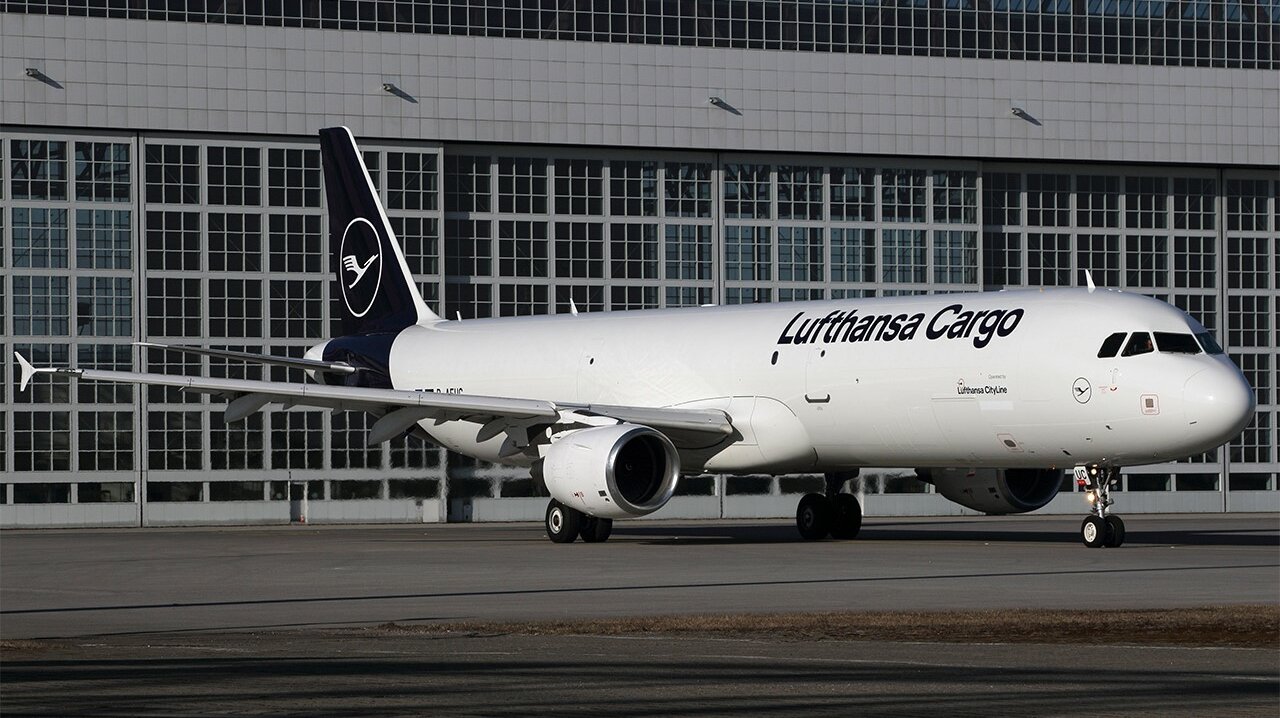 LONDON – Following on from a successful inauguration of  an Airbus A321 freighter in March 2022, Lufthansa Cargo will expand its fleet from October 2022.

The first cargo flight between Frankfurt and Dublin earlier this year has set a positive tone and seen a favourable response from customers.

An October introduction to the second aircraft is only the beginning, with two further A321F’s expected to join the fleet in the first 6 months of 2023. Further expanding Lufthansa’s medium-haul European network.

The powerful and efficient Airbus A321F is currently in Singapore undergoing its cargo conversion. Identical to its earlier counterpart, a total of twenty-eight tonnes of payload across two decks is available. Fourteen pallet container positions on the main deck and ten on the lower deck.

Planned to be based out of their Frankfurt hub, the aircraft will be financed on a wet lease agreement and operated by Lufthansa CityLine. Both freighters will be assigned Lufthansa Cargo flight numbers.

CityLine has been putting additional work in across both technical and operational preparation for the two A321F, the first two converted aircraft of this type in Germany.

In line with the CityLine expansion plan, the new European destinations being added to the roster are: Birmingham (BHX), London (LHR) and Madrid (MAD).

The above destinations will join the following, that are already served by the first A321F;  Istanbul, Tel Aviv, Malta, Tunis, Dublin, Manchester and Cairo. Whilst Istanbul and Tel Aviv will see an increase in visits from the freighters.

A new daily weekday service will see the UK & Ireland covered, helping to support the growth of supply chains and e-commerce

The COVID-19 pandemic was tough on nearly everyone and everything, however one thing that saw success was air freight operations. Increasing demand for same-day delivery services and internet shopping has seen numerous cargo operations post improved financial results over the last 3 years.

Chief Commercial Officer for Lufthansa Cargo, Ashwin Bhat has said this on the news of further A321Fs to be deployed on their medium-haul, European network:

“I am very pleased about the expansion of our A321 freighter network and capacity. Complementing our B777F and belly capacity, we can now offer even shorter transport times within European and to selected medium-haul destinations.”

“To the UK and Ireland, for example, we will offer daily weekday flights to Birmingham and Dublin, enabling our customers to build reliable, scalable and fast supply-chains.”

“It is our goal to build a European Same-Day and eCommerce network and thereby establish Lufthansa Cargo as the leading European cargo airline and service partner in the market.”

“In addition to Lufthansa Cargo’s high quality standards on the ground, the A321 freighter is a very flexible aircraft, which will enable us to build customised networks and solutions for our customers”.