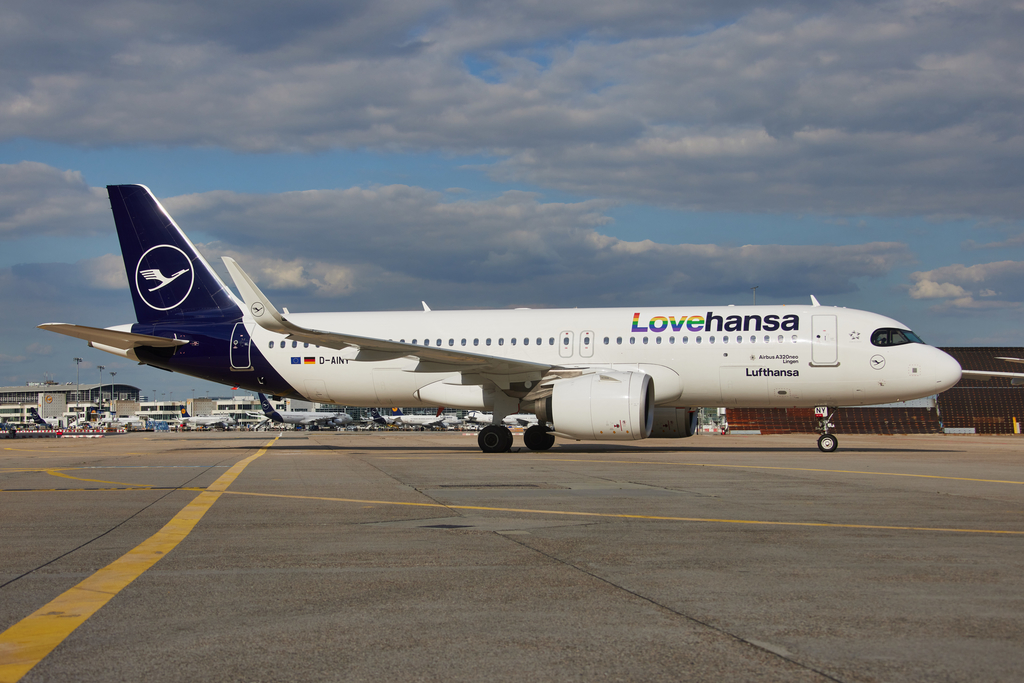 LONDON – To acknowledge the occasion of Pride Month, Lufthansa will be taking off with an aircraft in special livery to destinations through Europe.

From 10 June, the carrier’s Airbus A320neo, registered D-AINY will be dubbed ‘Lovehansa’ for the next 6 months.

The pride of the fleet

The aircraft customisation will include both interior and exterior appointments, perhaps making D-AINY the ‘pride’ of the fleet.

A change from standard Lufthansa fleet livery to a custom ‘Lovehansa’ facelift – painted in the colours of the rainbow to symbolise the pride flag.

The welcome panel at the aircraft cabin entrance will sport a special rainbow design. And for passengers who are window gazing, hearts in rainbow colours will be seen on the winglets.

The first flight for the ‘Lovehansa’ A320 was made yesterday to Billund in Denmark as LH842. For those hoping to do a little plane spotting, the aircraft will continue flying to destinations across Europe over the coming months.

Lufthansa takes great pride (no pun intended!) in its corporate culture of openness, diversity and understanding.

The carrier says that the special ‘Lovehansa’ livery sends a clear signal of this culture prominently and visibly to the outside world.

Just as airlines are re-emerging from a two-year hiatus following the global pandemic, so too are the annual Pride Month celebrations across Europe.

Events are scheduled in several locations, and notably the landmarks of the Eiffel Tower, Big Ben and the Colosseum will be rainbow-lit to mark the occasion.

In the spirit of inclusion, it is perhaps worthy to spend a moment to consider the LGBTIQ+ community in affected European regions – the Kyiv community has hastily re-organised an event in Poland with Warsaw Pride.