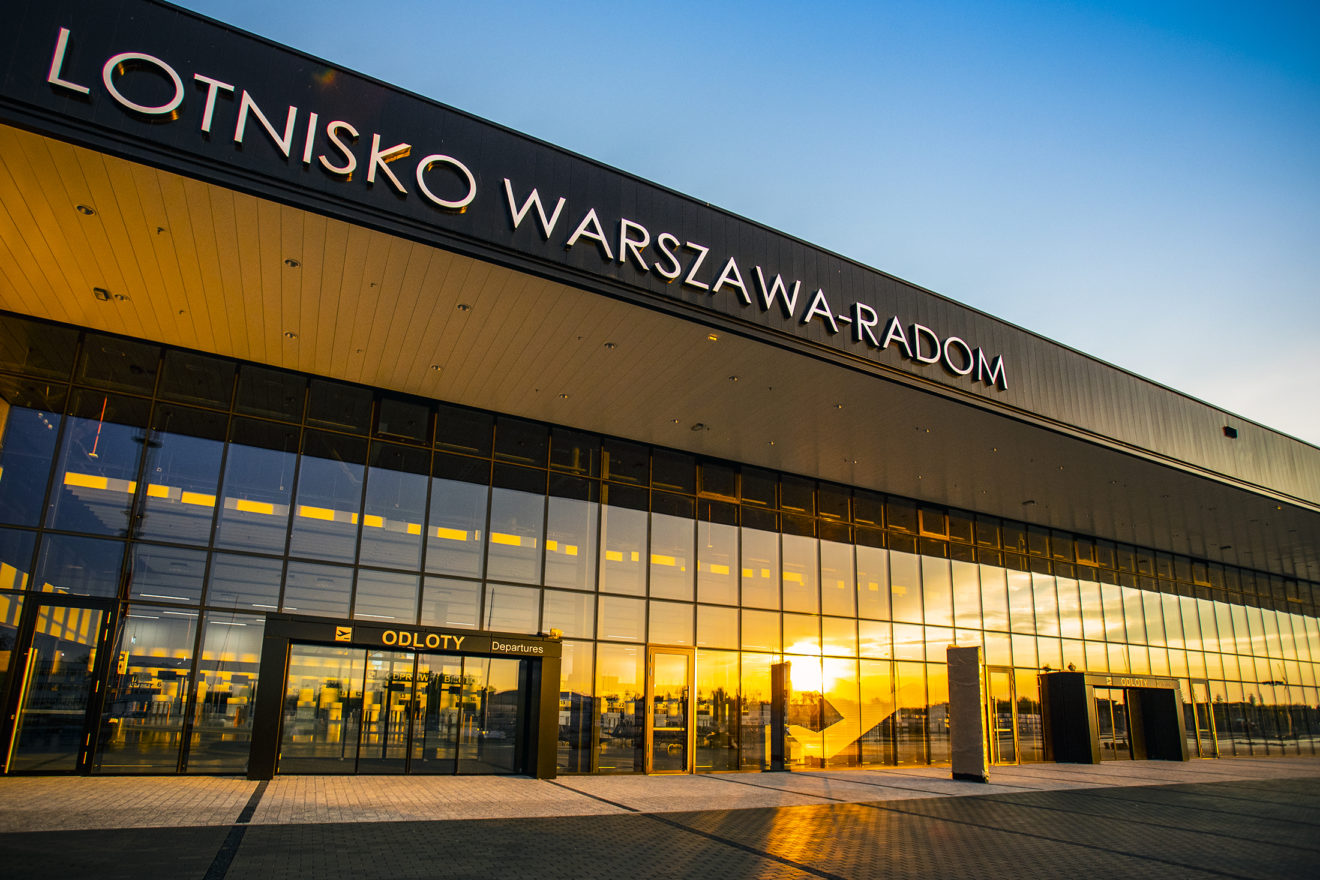 WARSAW – Radom Airport has announced the first destinations that will already be available next year.

Copenhagen, Paris, and Rome – are the first three European cities that will gain a regular connection to the new airport. All flights will be operated by LOT Polish Airlines.

The flights will start in the Summer 2023 season, which in the aviation industry starts at the end of March and the beginning of April. They will take place three times a week and are planned with Boeing 737-800 aircraft.

The announced routes are not yet available in the Polish carrier’s reservation system.

A weekend city break, a holiday, or a business trip – this is how the airport advertises the announced destinations to the capital cities of Denmark, France, and Italy.

According to a press release, these flights offer incredible opportunities for travelers from Radom Airport, and this is also excellent news for the region, as it means new opportunities for foreign tourists who will want to discover the charms of the southern part of the Mazovia region.

“The opening of Radom airport gives us the opportunity to transfer some of the point-to-point traffic and reduce the load on Chopin Airport. LOT has been consistently expanding its route network in recent years by opening dozens of new destinations. Thanks to demand analyses, we will launch three destinations from Radom – we will return to Rome, and we will fly to Paris and Copenhagen. I am convinced that these destinations will be of interest to residents of Warsaw and southern Mazovia,”

For the time being, it is hard to say whether this investment will bring tangible benefits. Radom has hardly existed in the commercial flight market in Poland.

Building up all air traffic from scratch will certainly take a long time, and LOT’s decision seems to be purely political.

The PLN 800 million invested in the expansion of Radom airport to make it a low-cost charter airport for Warsaw has not made the slightest sense for years. The same funds can be spent much more efficiently, not only in Modlin.

It is also hard to understand the sense of all LOT’s planned routes. Now the carrier does not offer flights from Warsaw to Rome, and this route, with its low prices, is able to attract even passengers from Warsaw.

But in the case of Copenhagen and Paris, it is hard to speak of a great success. For the time being, the airline itself has not given any details on what it bases its calculations of passenger flows on. It is also no secret that the CEO of LOT comes from Radom.

In recent days, Wizz Air has also joined the discussion about flights from Radom, openly admitting that it is currently negotiating to launch direct flights from the airport.

Wizz Air was already talking about a potential arrival in Radom last year. It seems that not much has changed in this regard, with the Hungarian carrier still considering the possibility of opening flights from Radom airport.

At the same time, Wizz Air has assured that its presence in Radom will not affect the carrier’s activity at Warsaw Chopin Airport.

“What I can still say is that we do not exclude the possibility of appearing at Radom airport, and talks on this matter are ongoing, although I do not want to prejudge anything yet”, assured Evelyn Jeckel, Wizz Air director of network planning in an interview with the polish portal Fly4Free.

“What is certain, however, is that if we decide to fly from Radom, it will certainly not be at the expense of Chopin Airport, which for us is the most important airport in Poland.”

“So we will not be suspending or moving connections from Warsaw. If we appear in Radom, they will be completely new routes”.

It will be adapted mainly to handle charter and low-cost traffic, but also traditional traffic – for passengers who want to go on a city break.

Thanks to the extension of the runway from 2 to 2.5 km and the expansion of the terminal, the airport will be able to receive the most popular passenger aircraft – Airbus A320 and Boeing B737.

Radom Airport (RDO/EPRA) began operations in May 2014. For a short time, flights from the city went to Riga and Berlin, among others. It was the only public-use airport in Poland to be established without EU support.

The city invested PLN 100 million in its creation. After the municipal company, Port Lotniczy Radom, was declared bankrupt by the court in 2018, the airport was bought by “Polish Airports” State Enterprise (PPL). Since then, the airport has been managed only by PPL.