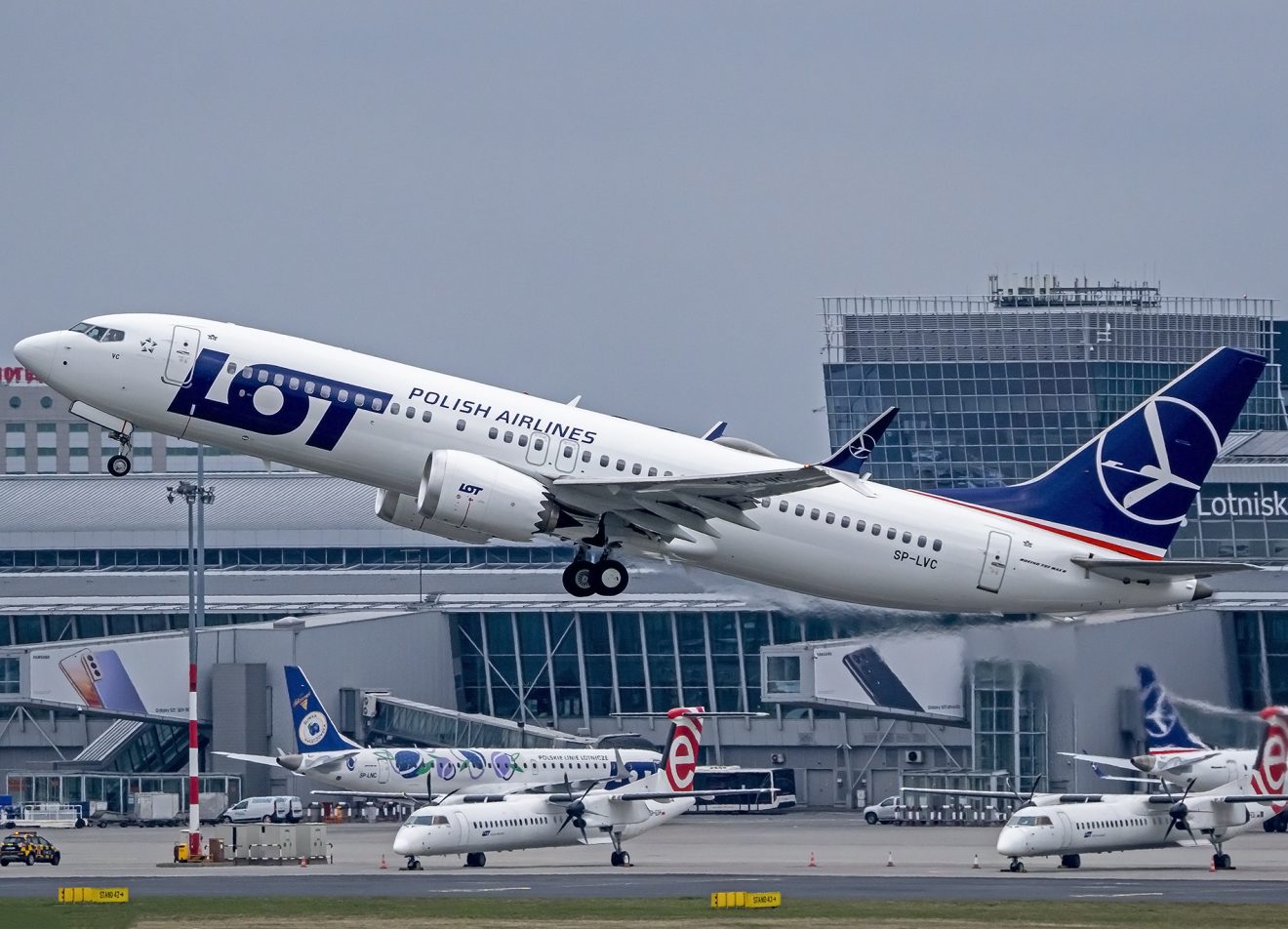 WARSAW – LOT Polish Airlines plans a large purchase of narrow-body aircraft and sends a Request For Proposal (RFP) to Airbus, Boeing, and Embraer.

The Polish carrier wants to buy from 60 to 80 new aircraft – AviationSource News has learned, citing people familiar with the matter.

When sending out the RFP, LOT divided the selection of the new fleet into three purchasing groups:

What will LOT choose?

Poland is still a white spot for Airbus in terms of passenger planes.

The European manufacturer is trying to enter the Polish market for years and now with a smaller medium-haul jet. In Poland, only LOT may become the only user of the A220 on a larger scale.

In fact, during the presentation of A220 in Warsaw last year, the European manufacturer did not hide the fact that its target customer here is LOT.

However, the A220 competes with the E-Jet E2 family, which may be a certain obstacle, since LOT has been faithful to Embraer for years and owns as many as 39 first-generation E-jets. This could tip the scales in Embraer’s favor, but not necessarily.

Airbus stands a better chance in competition with Boeing. LOT uses only five 737 MAX 8s, even though the carrier has leased a total of 15 of them. The rest of the planes have not been taken by the airline due to a dispute with Boeing.

LOT has yet to receive compensation for the two-year grounding of the 737 MAX 8s. The case was due to go to court and the national carrier was considering replacing the American planes with European Airbuses last year.

The decision to change jet suppliers has never had as many arguments as it does now.

LOT is already one of the last carriers which have not received compensation for the almost two-year grounding of Boeing 737 MAX 8s, of which it has five in its fleet.

Airlines around the world lost a lot of money after Lion Air and Ethiopian Airlines crashed before their recertification was positively considered by the relevant regulators.

The two-year cost of grounding one jet was valued at $30 million. Some carriers got cash and others got discounts when they made future orders.

Why, then, did LOT Polish Airlines not receive the equivalent of USD 150 million for the five grounded aircraft? Boeing is claiming that there is a catch associated with the leasing of these jets.

In such contracts, there is no written guarantee of compensation for technical problems with the aircraft.

The De Havilland Dash 8-400 continues to be an important part of the LOT fleet. Two of the twelve turboprop aircraft operated by the national carrier have already been retired from flying.

More will leave LOT Polish Airlines’ fleet by the end of next year at the latest and they will be replaced by E190 and E195 embracers. In recent days, we have reported that another Embraer E190 (SP-LME) has appeared in the fleet.

“At the moment we are finalizing talks on a bridging solution for the fleet, which will fill the gap left by the Q400 in time for the announcement of new purchases. I think that it will soon be clear what kind of aircraft these will be and when the first of them will arrive in Poland. The two Q400s which we leased from the Danish company NAC have already been withdrawn and, in accordance with what we said earlier, this process of withdrawing the fleet will continue until next year” – Krzysztof Moczulski, LOT’s spokesman, revealed some time ago.

The turboprop planes have been operating the national carrier’s short-haul flights since 2015, following the liquidation of polish regional carrier Eurolot, to which they originally belonged.

The planes can take 78 passengers on board.

We do not envisage withdrawing any aircraft other than the Q400. This is subject to an agreement with the lessor. We have very good relations with him, so we do not rule out that we will acquire some planes to replace the regional Q400s – said Rafał Milczarski, the LOT CEO, quoted by the Rynek Lotniczy portal.

As we have already mentioned, in the nearest future the Polish carrier will take decisions on the further development of its fleet, both in terms of MAXs or similar types of aircraft and the successor to the Q400.

“We have an absolutely open and transparent policy in this respect. We are aware of all the types that are available on the market and we will do this with Lot’s interests at heart. We know that the aircraft we will acquire must be, above all, safe and must guarantee that their operation is economically justified”, Milczarski explained.

The ecological aspect will play an important role. “Each subsequent type that LOT will acquire will be safe, modern, and will meet the highest emission standards” – assured the LOT CEO.