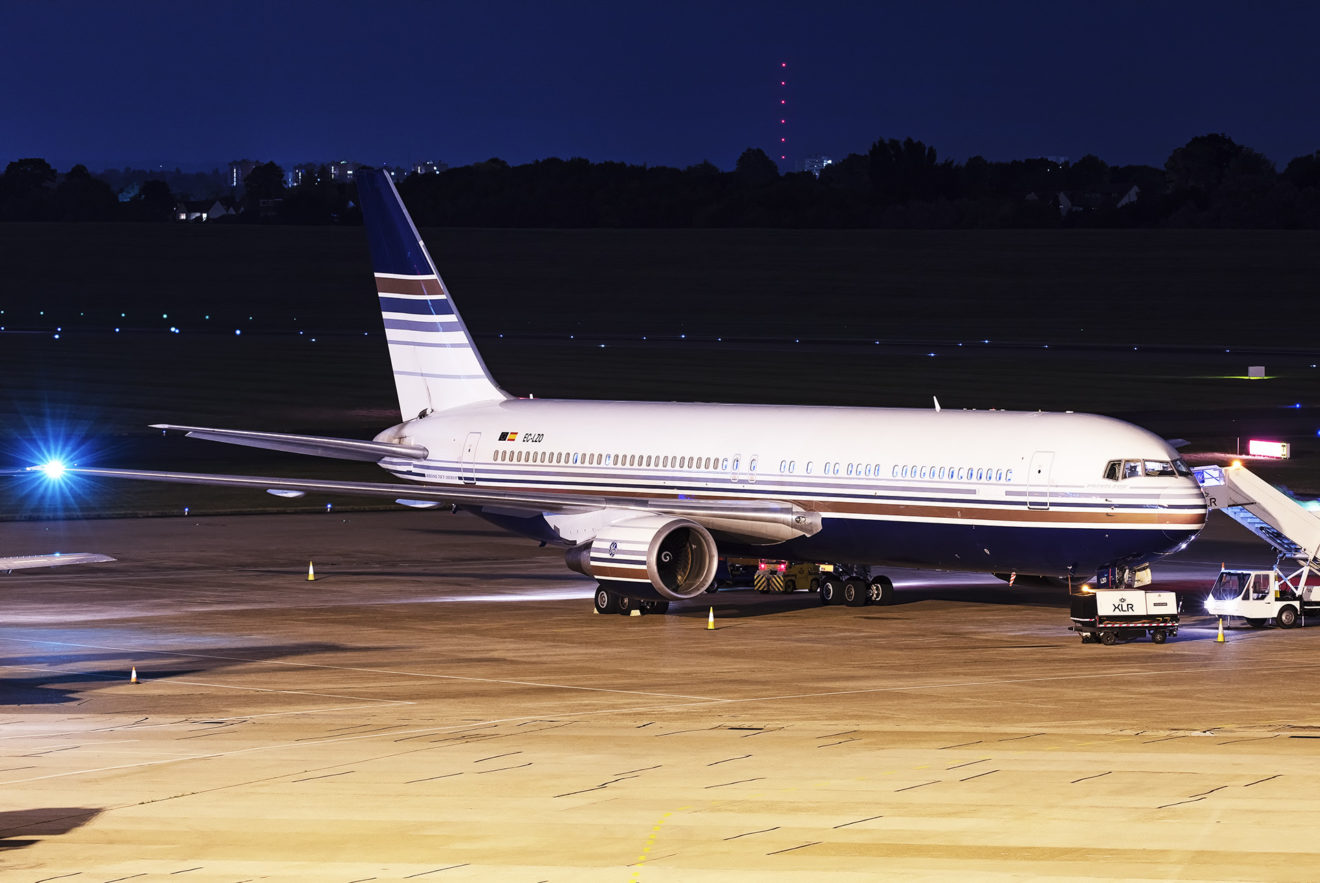 LONDON – As it stands, the Privilege Style Boeing 767 is due to leave Boscombe Down tonight for the first deportation flight to Kigali, Rwanda.

As mentioned, this is the inauguration of the UK Government’s policy to deport refugees to Rwanda to dis-incentivises people traffickers from getting migrants across the border.

Please standby on this article as we update LIVE here at AviationSource:

UPDATE #1 @ 21:15UK time: As you can see above, here is the scene as per RadarBox.com from Boscombe Down in Amesbury where EC-LZO, the Privilege Style Boeing 767 is expected to depart.

With the delays caused by injunctions in the courts, it is unclear when the aircraft is going to depart at this time, and there are even rumours that the flight won’t depart at all.

UPDATE #2 @ 21:25UK time: Paul Brand of ITV throwing more doubt into whether the flight is indeed going to go ahead or not.

UPDATE #3 @ 21:28 – UK Foreign Secretary Liz Truss has insisted that the flight will leave the UK, even if there is one passenger onboard, in what looks like to be a desperate case to make the deportation flights go ahead.

UPDATE #4 @ 21:31 – It is understood that the flight will depart Boscombe Down in the next hour, with last-minute appeals being heard. As it stands, two deportees have been removed from the plane and will not be deported.

UPDATE #5 @ 21:42 – Photos of protestors by some fencing looking over the threshold of the runway at Boscombe Down seen protesting against tonight’s deportation flight.

UPDATE #6 @ 21:59 – Looks like some more deportees could be off the plane at the last minute. Paul Brand reports the following:

UPDATE #8 @ 22:08 – Sky News reporting that the runway lights have been switched off. There is still 20 minutes yet before the aircraft is due to depart.

UPDATE #9 @ 22:11 – Charity Care4Calais has stated that two more deportees have had their tickets cancelled, leaving the total passengers onboard to just one.

UPDATE #10 @ 22:17 – BBC’s Daniel Sandford understands that the flight is not going ahead now as all appeals have been successful.

And that concludes our coverage of what has been an intense night for the deportees, and also for the Home Office, as this is a massive defeat for Priti Patel.

Thank you to everyone for joining us on this coverage.