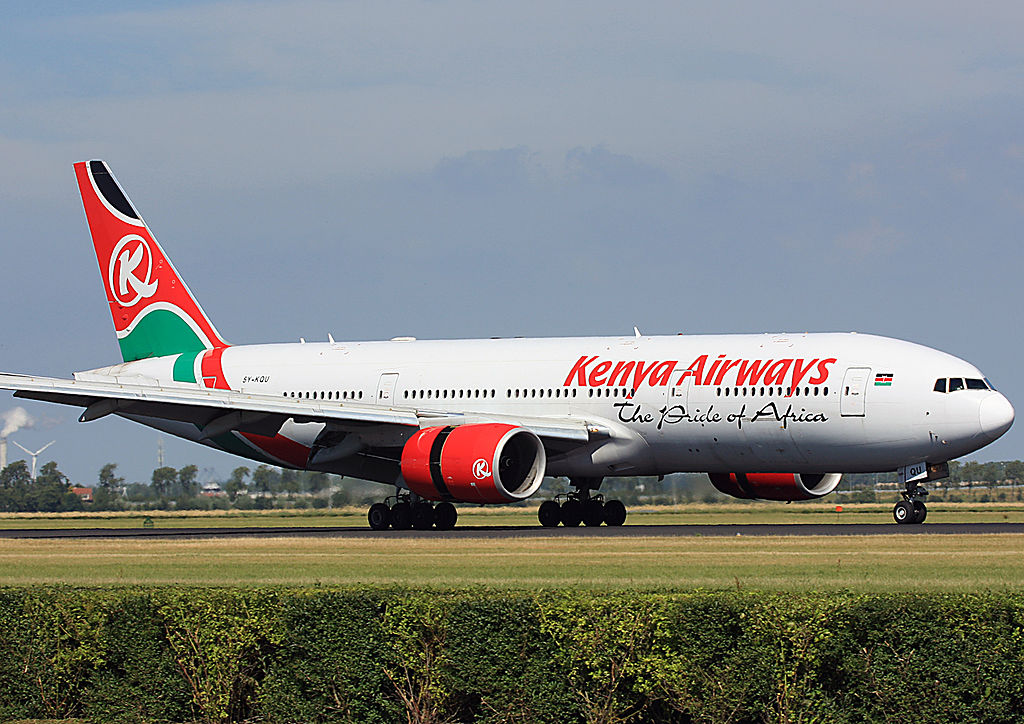 LONDON – Will the new approach of ‘carrot and stick’ aid move the Kenyan national carrier Kenya Airways to forever be independent of state aid? The Kenyan state thinks so, unless the airline achieves its target.

The Kenyan Transport ministry stated that a conditional Sh36 billion Kenyan shilling loan, or $300 million USD, will be handed out to the ailing flag carrier, Kenya Airways in the current fiscal year. The loan is conditional upon Kenya Airways’ performance in achieving a set of targets as outlined by the creditor.

Joseph Njoroge, Kenya’s Transport Principal Secretary stated that the loan will not be given out to the airline unless KQ (the airline’s international code), has proven to the Kenyan state that its goals are met.

The target itself has been allocated by the Kenyan government, and was then assessed by a prominent aviation consultancy firm Seabury, which is now part of the Accenture consulting group.

In an interview with Business Daily: Eng Njoroge  “We have set for their targets and we only release funds when they achieve those targets as advised by Seabury,”

From the interview, Eng himself did not specify and pinpoint Kenya Airways’ target, which has been the key reason why the Kenyan flag carrier hasn’t been performing particularly well.

Seabury, a United States-based consulting firm, nevertheless had advised the airline on restructuring efforts, in light of a tough macro-economic climate, and the ever-growing competitive landscape of the aviation industry in the region, such as Ethiopian Airlines, Egypt Air and RwandAir.

Many Kenyans are pinning their hopes on Seabury, as they would want to see their national carrier become profitable and strong again.

Seabury is now part of Accenture, meaning that they have the necessary experience in terms of business and finance mode, strategy, marketing and operations to turn the cash-strapped carrier around. Seabury has decades of experience and has consulted numerous companies, including Jet Airways from India, Air Berlin and Norwegian Air Shuttle for Norway, and many more.

Mr Kjoroge stated that having an independent consultant will steer Kenya Airways in the right direction, and expressed hopes that the airline will achieve profitability.

Hope alas, as the airline’s net loss for last year has been trimmed by at least 56.58%, due to receiving higher revenue and the easing of travel restrictions. Kenyan Airways reported a net loss of Sh15.8 billion, which is a significant improvement from Sh36.2 billion during the peak of travel restrictions, which saw its fleet being grounded for at least 3 to 4 months.

The airline has also adopted new parameters to measure its progress – this includes productivity, cabin load factor and operations.

The Kenyan government is thus offering the airline a further Sh36.6 billion bailout in an effort to rebuild the airline after the pandemic. This budget comes with the Kenyan financial budget for 2022/2023, which was approved by lawmakers.

It looks like the Kenyan state is playing carrot and stick with its national carrier, to ensure that this state aid will be the last and that the airline has to stand by itself.