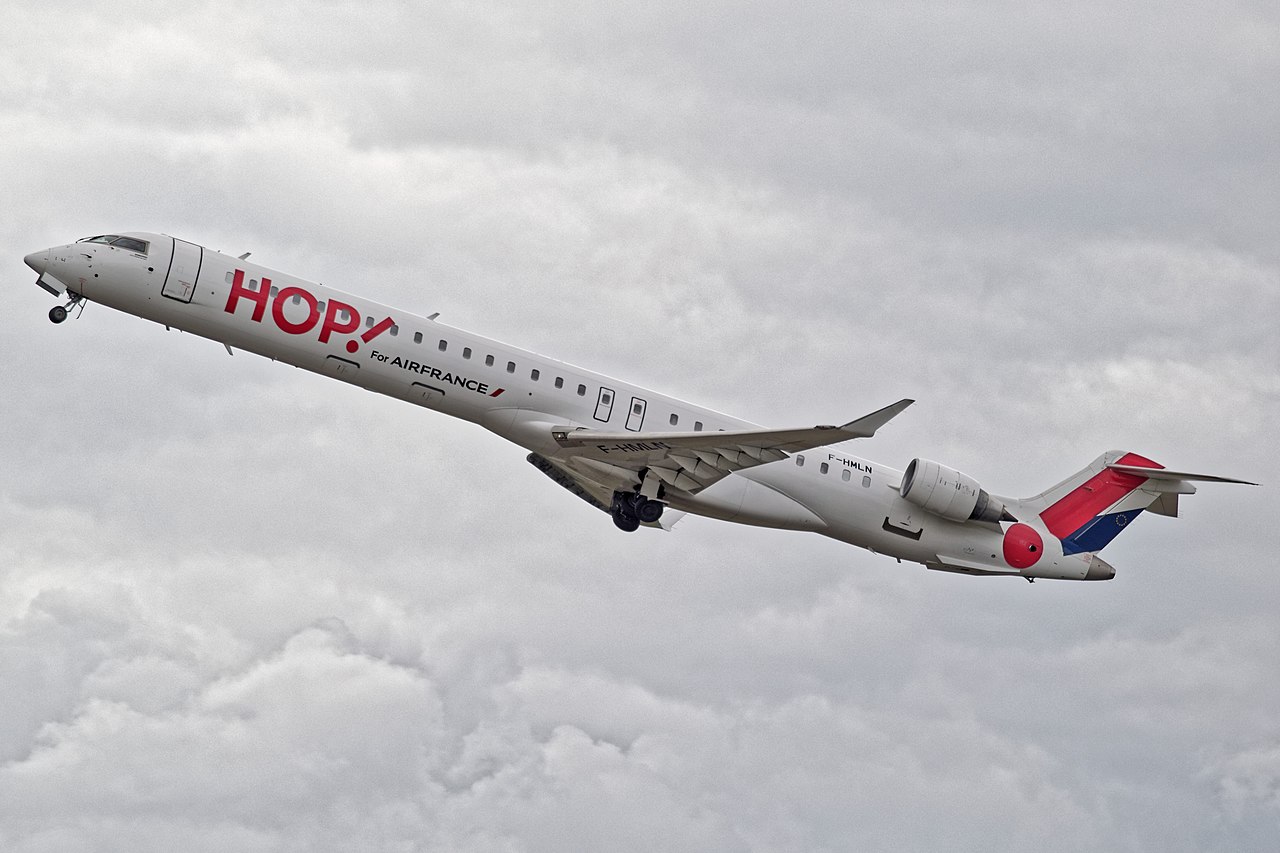 LONDON – Jetcraft Commercial (owned by the Jetcraft Corporation) has announced the purchase of CRJ1000 jets from the French carrier HOP!, which is owned by Air France.

Until the end of the year,14 jets of the type will be delivered.

HOP!, a subsidiary of Air France, is a French regional carrier operating mainly in France and neighboring countries and is responsible mainly for low-demand Air France services.

The current fleet consists of 48 small regional jets, including 34 aircraft of the Embraer E-Jets family and 14 of the Bombardier CRJ1000. The average fleet age is 11.5 years.

This deal will mean the complete disappearance of the CRJ family from HOP!´s fleet, as the CRJ700s had already retired by last year due to the worldwide pandemic.

The subsidiary of the Jetcraft Corporation, Jetcraft Commercial, is already known for its aircraft fleet and its many customers around the globe.

The aircraft is going to be leased to the customers of  Jetcraft. They will be delivered between March and  December.

“There is high demand for the  remaining jets, emphasizing the need within commercial aviation for aircraft capable of regional  missions.”