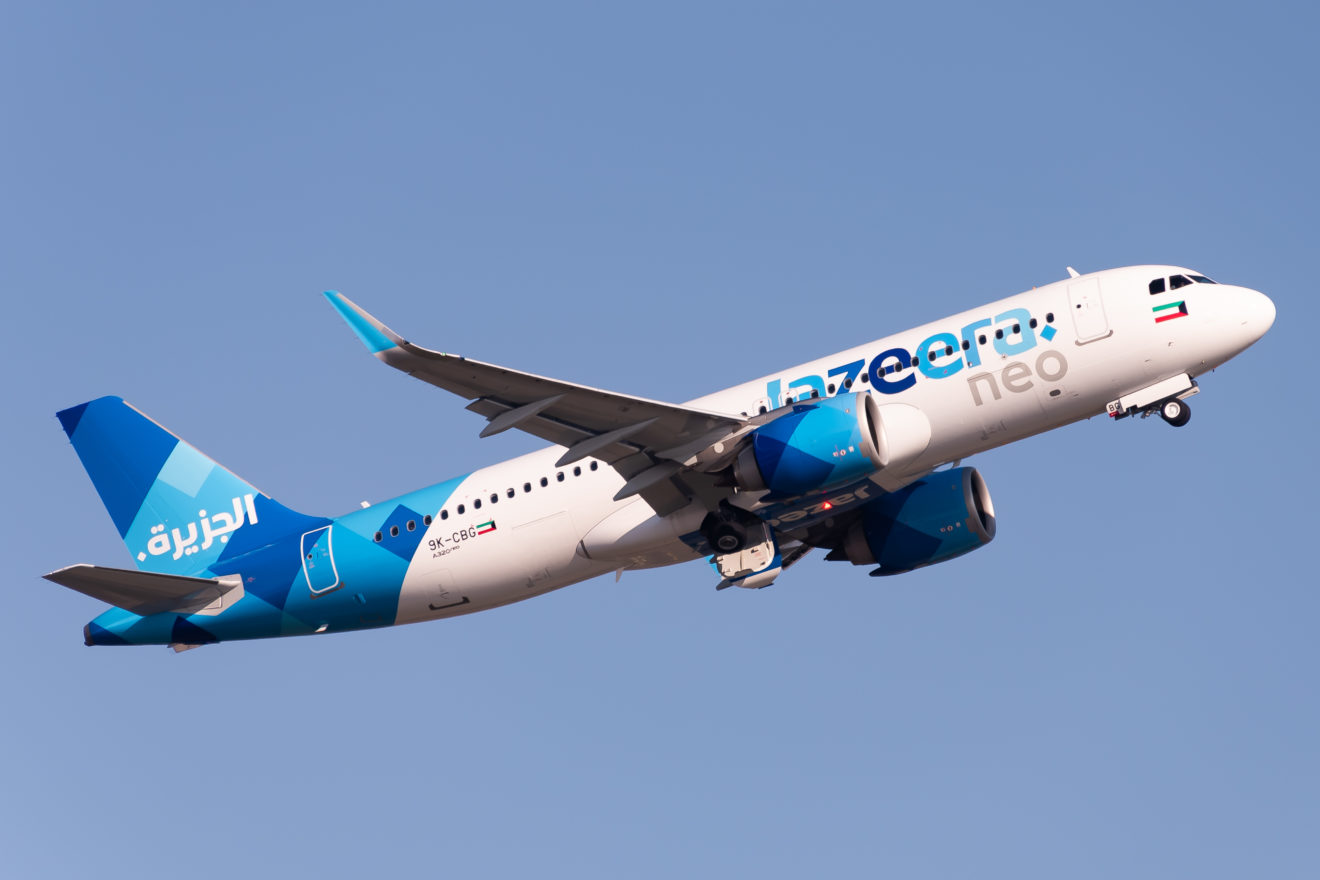 The addition of services to Thiruvananthapuram and Bengaluru brings the airline’s total destination count in India to eight.

Below is the timetable for these routes:

Commenting on the route announcement was Rohit Ramachandran, the CEO of Jazeera Airways:

“We are pleased to be extending our reach into India by the addition of these two new services, catering to the high demand from the ex-pat and business communities in Kuwait and from other connecting GCC countries for flights.”

Jazeera has been continuing to push on the international market, more notably with its expansion into China.

With flights operating every fortnight initially, Jazeera (J9) aims to be moving to a weekly service in the not-so-distant future.

The flights between the two cities will contain a maintenance stop in Bishkek, Kyrgyzstan (FRU), where they will be refueled before continuing the journey both to and from Xian Xianyang Int’l Airport (XIY) and Kuwait Int’l Airport (KWI).

The aircraft utilized for these flights will be an Airbus A320neo of Jazeera, of which they currently have 9 of in their fleet, operating alongside 8 of Jazeera’s Airbus A320ceos.

Chief Executive Officer (CEO) of Jazeera, Rohit Ramachandran, said in a press statement about the announcement:- “This a real milestone for Jazeera to be flying all the way to the People’s Republic of China. Commercial ties between Kuwait and China have been growing, and we see a positive outlook for developing our network further into the region.”

The flight number and schedule go as follows:

It remains clear that Jazeera’s growth in the Middle East and Internationally is becoming more and more known as the months go on.

Looking ahead, it’s going to be interesting to see how the new routes in India and China will fare, especially if the Xian route does really well.

Taking advantage of the fuel stop in Bishkek means that success in the Chinese market could offer further expansion into the region going into the future.