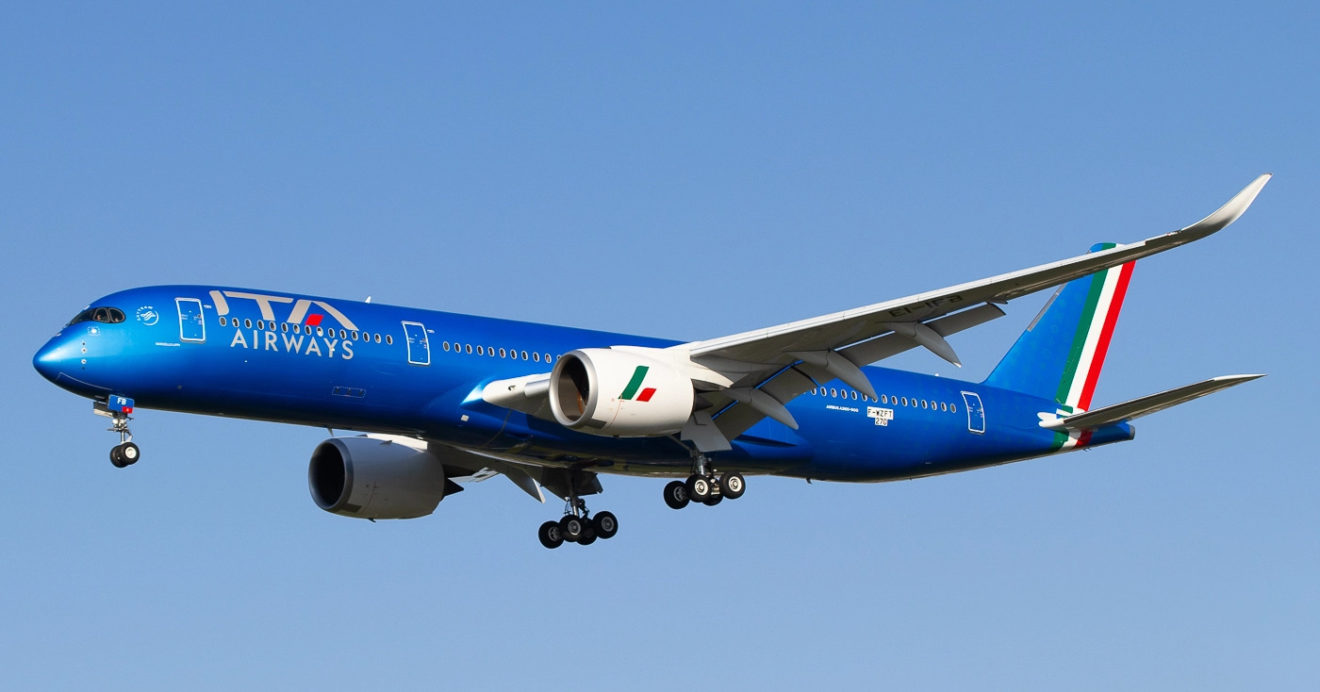 LONDON – The newly formed Italian airline ITA Airways has recently announced that it will launch codeshare flights with Brazilian based Azul Airlines and Kuwait Airlines.

A new partnership was forged on 6th June 2022, whereby the Kuwaiti national carrier will be able to use the code for ITA Airways (ITY) between Italy, from either Rome Fiumicino or Milan Malpensa, and Kuwait.

Kuwait Airways (KWI) code will also be available for flights to and from Italy and Europe, and domestic routes of Italy. The codesharing flights became effective as of the 6th of June.

The partnership will create opportunities for the airlines to grow together and generate even more traffic between the two countries. The Kuwaiti national carrier will be able to sell 12 Italian destinations to originating passengers from Kuwait.

A joint statement was made by both ITA Airways and Kuwait Airlines:

“Both Companies firmly believe that this agreement will enhance commercial and tourism relations between Italy, Europe, and Kuwait. Both ITA Airways and Kuwait Airways will work closely to offer the best services to passengers and improve the customer experience.”

“Passengers and travel agents will be able to book these flights directly through our websites or the travel agents’ reservation systems. Furthermore, this codeshare agreement will further enhance the relationship between the two airlines and between the two countries, Kuwait and Italy.”

“Signing of this agreement takes place at the time when the world air travel industry is witnessing the toughest challenges in the wake of the Pandemic. This agreement will provide better travel options and connectivity to travellers of Kuwait Airways and ITA Airways.”

“Both airlines have also agreed to explore additional possibilities of cooperation in the future with Frequent Flyer Programme and expansion of codeshares.”

This partnership will put smiles on tourists from both ends in Brazil and Italy, and Italian diasporas in Brazil.

The Italian airline is thrilled to unveil its new codeshare partner with Azul Linhas Aereas (AZU), Brazil’s largest airline in terms of the number of destinations served and departures.

The codesharing is set to be enforced on the 10th of June.

This means that as of that date, ITA Airways will use its code AZ on domestic routes operated by Azil into eight lucrative domestic destinations, including Belém (PA), Cuiabá (MT), Santos Dumont (RJ), Porto Alegre (RS), Recife (PE), Juazeiro do Norte (CE), Confins (MG) and Curitiba (PR), flying through the nations largest city Sao Paolo with 5 weekly flights in June and July.

This flight is set to be flown daily from August and onwards. The new codesharing regime will bring benefits for both Italians and Brazilians alike. South America is very popular for Italians, and the region has one of the highest populations of Italian backgrounds.

This is important for the leisure market, visiting friends and family market, and business travellers.