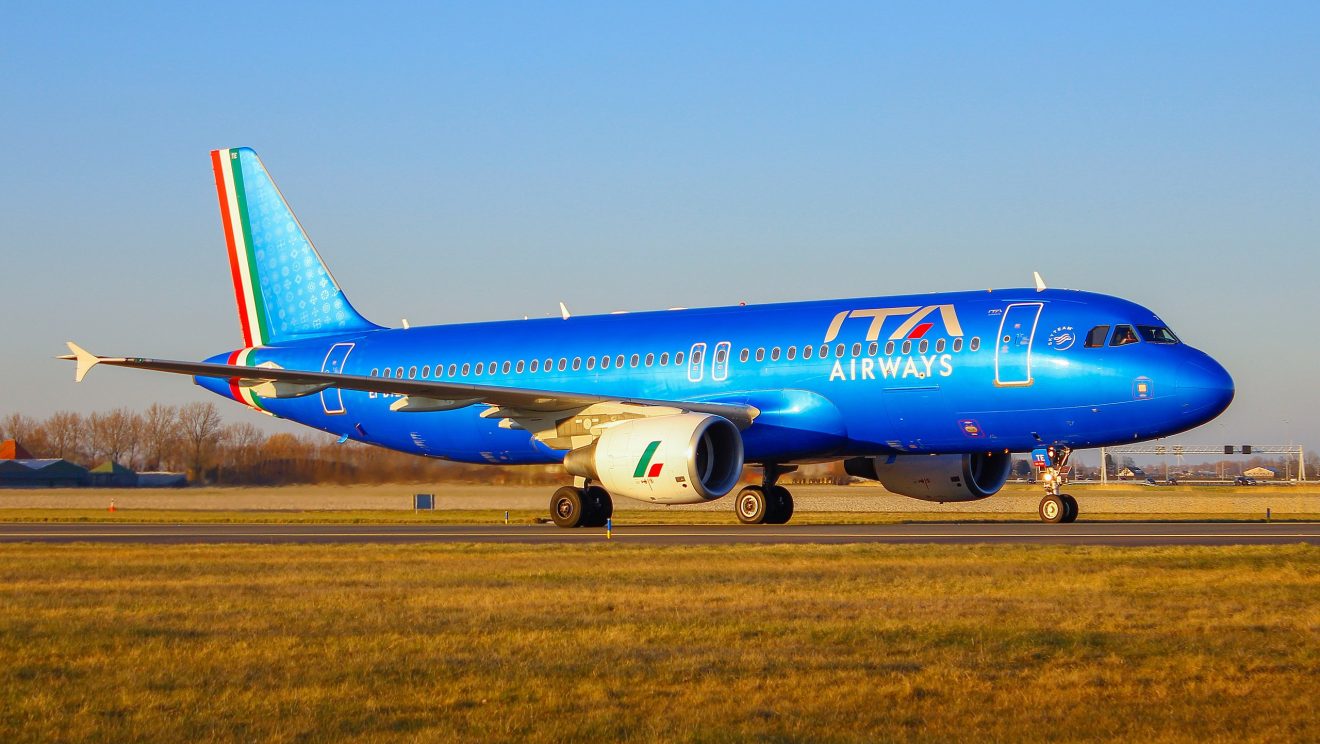 LONDON – ITA Airways has announced plans to go big in France ahead of the Summer 2022 season.

This comes after the airline launched eleven daily flights between Italy and France in the summer season at a roadshow presentation in Paris.

The airline hopes to fly 72 weekly flights to France by the end of July.

At a roadshow in Paris, the new Italian flag carrier aims to have a strong presence in France after addressing a crowd of French and Italian business leaders.

ITA eyes at least eleven daily flights between the two countries by June to meet the growing demand for both business and holiday traffic.

The airline’s route network for this summer focuses largely on the French market, which is said to be the most lucrative market in Europe after Italy and the United States.

The airline will also launch a second direct flight to Rome Fiumicino and Nice, southern France.

ITA Airways’ marketing strategy will have France as its core, launching initiatives and marketing campaigns through large cities like Paris or Nice.

Recently, the airline erected billboards and placards in public areas at French train stations and passages such as La Défense or the department stores of the Bd Haussmann.

ITA Airways is righteously a successor of the ill-fated former Italian flag carrier Alitalia. ITA Airways aims to be a better version of Alitalia after its launch in mid-October 2021.

The airline aims to be an efficient and innovative airline that proudly represents Italy and provides passengers with quality connectivity with domestic, intra-Europe, International, and intercontinental destinations.

The airline focuses on customer service and digitalization as part of its new strategy, to ensure personalization of service thus enhancing customer experience as a whole.

The airline also integrates new technologies to enhance the airline’s sustainability levels by using advanced new green technology and new advanced aircraft, use of sustainable fuels, and a digitalization process to monitor internal performance and strategies.

The airline is ready to become Europe’s greenest airline.

The company’s flagship aircraft, the A350 named Valentino Rossi, a famed Italian MotoGP (Motorbike) racer will assist the airline’s development of its intercontinental network.

The A350 will join its other long-haul family the Airbus A330, which has already been in service with the airline since the beginning of the summer season on its long-haul destinations.

The long-haul destinations will be largely based at its hub at Rome Fiumicino, which will allow passengers to connect to other destinations across Europe.

Furthermore, the airline will also introduce a new route to Los Angeles from Rome in June, bringing a total of ITA’s Airways destinations in the United States to a total of six daily flights.

In the summer schedule. Moreover, we will see a series of new additional flights from Rome to  Buenos Aires and São Paulo from early June.

These new destinations allow the new Italian flag carrier to expand into Latin America, which has always been a lucrative destination for Italian tourists and a region where Italian diasporas are prominent.

This would also give additional options for French passengers traveling to Latin America via the Rome hub.

SMBC Aviation Acquires Goshawk Aviation
Ukraine Crisis: Russia May Have To Ground Half Of Its Commercial Aircraft Fleet
Comment