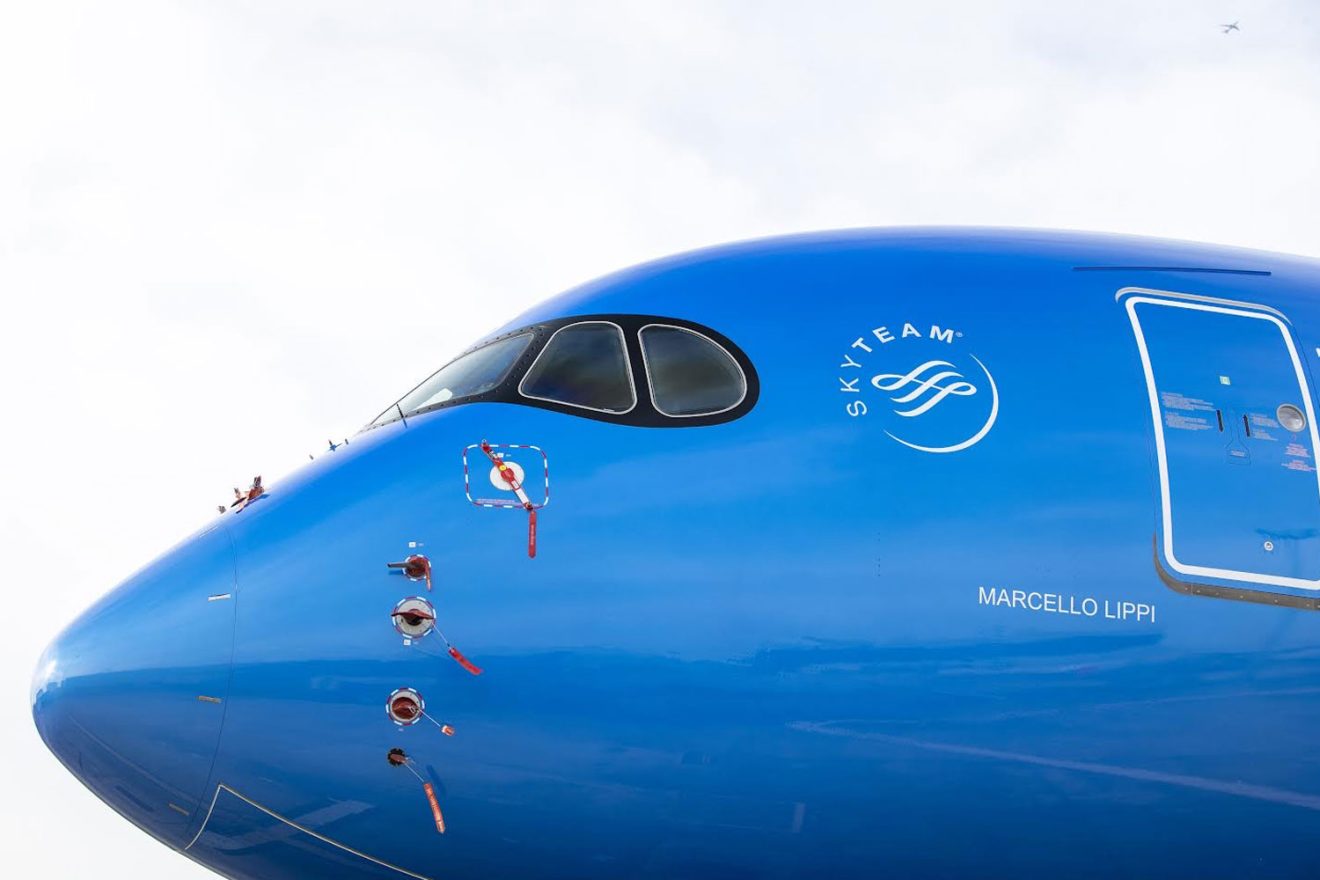 LONDON – ITA Airways – moreover, its shareholders – are on a mission to shed the turbulent past of Alitalia and start fresh with a brand-new flag carrier to represent Italy around the world.

In Toulouse, one of the Airbus’ productions sites, a brand new A350-900 aircraft took to the skies on its first test flights in the new bright blue ITA Airways livery.

If everything goes according to plan, the brand new A350-900 will join the Italian Flag carriers’ fleet in June 2022 and becomes the airline’s flagship aircraft.

This aircraft is set to operate intercontinental routes from the airline’s hub in Rome Fiumicino (FCO) to Tokyo, Los Angeles, Buenos Aires, and Sao Paulo.

These routes are nothing new to the airline as ITA’s former self, Alitalia previously served them.

“The arrival of the flagship aircraft will enable the company to offer modern, environment-friendly aircraft featuring cutting-edge technology”.

Moreover, Altavilla added, the new aircraft will help the carrier to develop its intercontinental network further and support the airline’s environmental targets,”

ITA airway’s former self, Alitalia, had not welcomed new aircraft since its 49% acquisition stake from Emirati flag carrier Etihad. The former Italian airline leased the three 777-300 from the airline to operate new routes, proving to be non-financially viable.

However, the new airline is set to rejuvenate its fleet dramatically.

When the airline first started, ITA brought over 50% of the former assets of Alitalia, minus the aging 777 and a large portion of its single-aisle fleet, some of which were still wearing the livery from the early 2000s.

ITA airways, after its formation, made a firm order with airbus for 28 aircraft compromising both narrow and wide-body.

The aircraft on order are seven A220s which will eventually substitute the Embraer fleet, eleven A320neos, and ten A330neos.

“In addition to this agreement, further collaboration possibilities have emerged, particularly regarding technological developments in the aviation sector and digitalization, where Airbus is the market leader,” said Alfredo Altavilla, Executive President of ITA Airways.

“All this is part of the actions to achieve our environmental sustainability objectives.”

ITA is gearing up for a potential takeover by former rival Lufthansa Group.

The airline’s Chairman, Alfredo Altavilla, stated when interviewed by the German business newspaper Handelsblatt on November 17, 2021

“It would be wrong to remain independent because we would always be too small compared to the three big airline groups operating in Europe. We are a pretty bachelorette who has many admirers,” Altavilla explained.

Thus, Altavilla believes “that Lufthansa will be one of those handsome and rich admirers who might be interested in ITA Airways”.

Regardless of the romantic outcome, we are all excited to see where ITA will end up and how it (and if) will flourish in the years to come.

Yemenia Plans Saudi Arabia Flights: Permits Not Received As of Yet
The Editor’s Corner #4: PLAY Will Transform The Market with a Post-Pandemic Edge
Comment