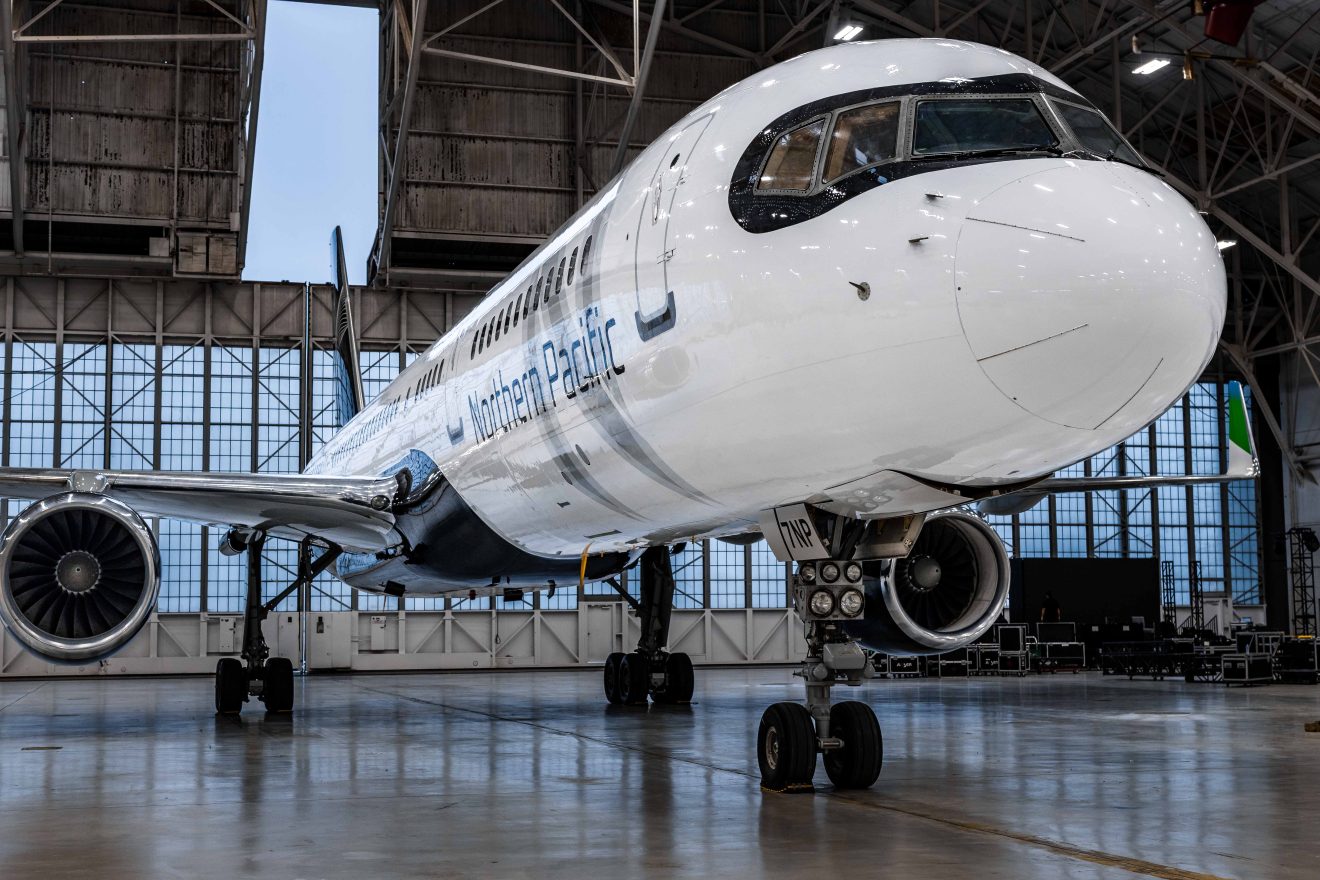 You can see a slideshow of the photos he has taken below:

On LinkedIn, he said: “The interior is turning out just as pretty as the exterior!”

Rewind Back to May: Operational Plans…

Back in May, Northern Pacific Airways produced a new update for its launch plans, as well as plans for the next few years ahead.

Back in January 2022, AviationSource attended the airline’s livery reveal event, where the identity of the carrier began.

Some of the plans about to be mentioned are bolstered up from what was planned and said by CEO Rob McKinney at the start of this year.

The airline plans to begin ticket sales as early as the Summer, which is a step in the right direction for getting the airline in the air.

On top of this, Northern Pacific Airways has acquired four Boeing 757s, which used to belong to American Airlines, with a Letter of Intent already in place for six more aircraft, but from United Airlines instead.

As well as this, the airline will be wet-leasing four 757s from Icelandair, meaning that overall fleet growth, to begin with, is going to be pretty substantial.

The wet leases with Icelandair will begin in November 2022, where three of the four will be under the Northern Pacific name, with the fourth to be operated in May 2023.

With flights expected to begin in the Fall of this year, this means that the airline could have as many as five aircraft by launch day, which is not a bad number, to begin with.

As you can see in the image above, Northern Pacific’s fleet expansion is going to be very rapid, starting from five at launch, to 11 by July 2023, with this doubling by July 2024.

Adding Substance To The Statements…

One mantra of Northern Pacific and their launch plans are providing evidence of how their model can work.

The model, in turn, is to do with using Anchorage as a hub similar to that of Reykjavik in Iceland with Icelandair and Panama City with Copa Airlines.

This is shown using the image above, where the potential for both of the airlines’ successes is exemplified and how much of a fruitful market it is.

The other image that you can see above highlights the valuation of air travel between the U.S & Asia markets, which is a staggering $20bn per year.

As Northern Pacific mentions, this is a totally addressable market, and utilizing the likes of Anchorage is going to play significant success in that.

Northern Pacific is also taking advantage of the fact that the travel time between Asia and Alaska and to the rest of the United States is cut in half due to its close proximity with the region.

What remains clear here is that the airline’s boss Rob McKinney has thought this through, and there is significant potential for success in this going forward.

And it’s also clear that through the work done on the interior cabin, there is a lot of consistency in terms of the branding that he wants to offer customers.