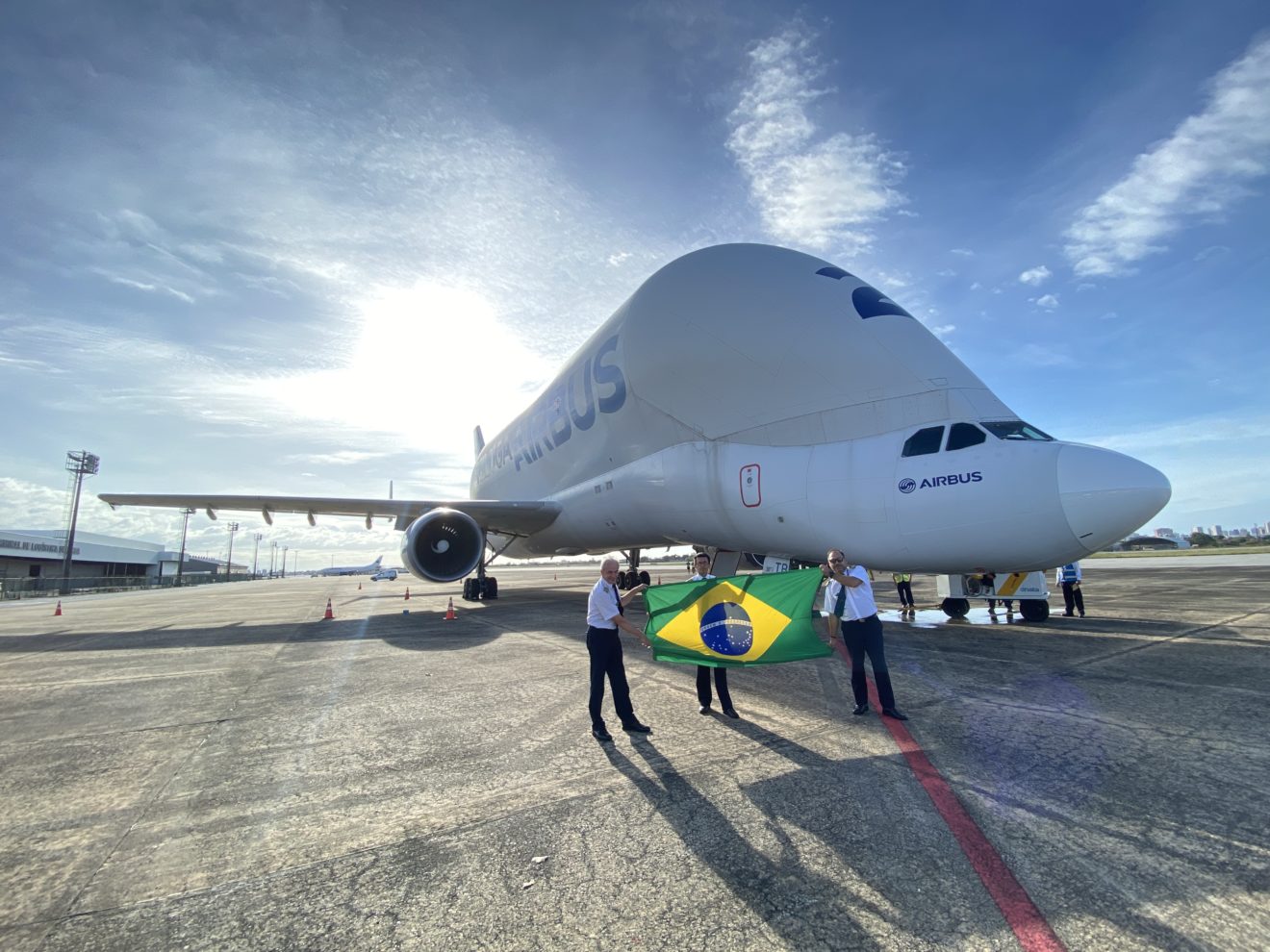 LONDON – Yesterday, the Airbus BelugaST made its debut in Latin America, delivering an ACH160 Helicopter to the Brazilian armed forces in Fortaleza.

Below, you can see some photos that Airbus has taken of the aircraft landing at the Brazilian airport:

F-GSTB, also known as Beluga #2, was the aircraft in question that operated the flight. According to data from RadarBox.com, it took the aircraft one day to get to Fortaleza due to fuel stops.

On July 23, 4Y4002 departed Toulouse and landed in Zouerate, Mauritania. It then proceeded onwards to Diass, before making the hop across the Atlantic to Fortaleza.

After it delivered the ACH160, it then proceeded onwards to Campinas, another airport in Brazil.