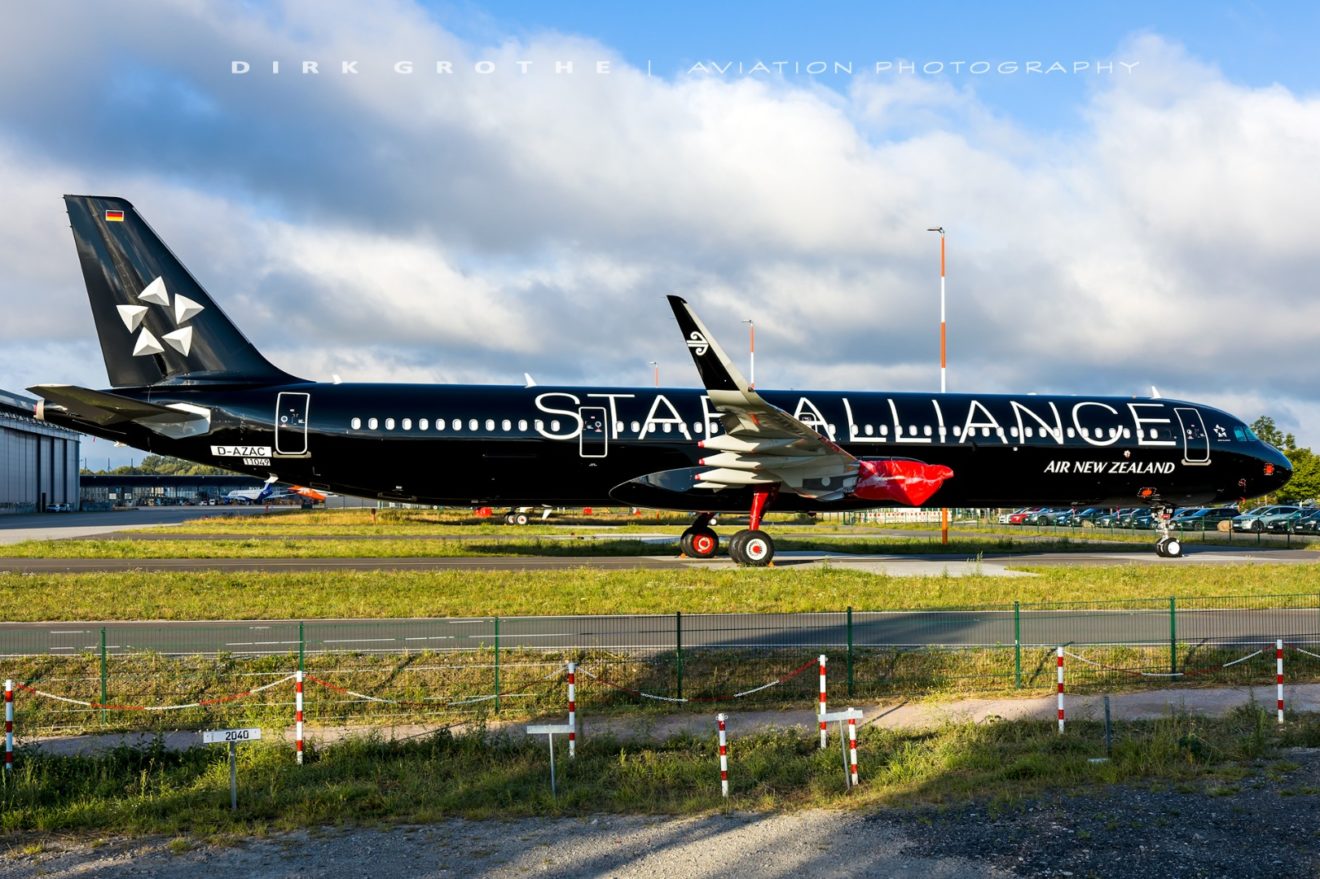 AviationSource Guest Photographer Dirk Grothe captured the aircraft without its engines, in a rather stunning composition.

This is Air New Zealand’s second-ever Star Alliance special since they joined the airline alliance back in May 1999.

Their first was showcased on an Airbus A320 registered as ZK-OJH, which this particular airframe no longer flies for Air New Zealand and now flies for the new Pakistani carrier, AirSial, as AP-BOA.

As shown in the photograph, this particular Star Alliance special is backdropped by an Air New Zealand all-black livery, the carrier’s fourth current all-black special scheme.

Air New Zealand’s all-black livery is a special that is dedicated to their world-famous Rugby team, the New Zealand All Blacks, who are very well-known for their introductory Māori challenge, the haka.

At present, Air New Zealand’s Airbus A321neo fleet of currently seven aircraft serves both the domestic market in New Zealand, across the ditch services to Australia, and services to the Cook Islands, Tonga, Samoa, and Fiji.

Their newest special livery is certainly a stunning piece, and I’m sure many of the aviation enthusiasts in New Zealand will be eager to get photos of the aircraft once it has been delivered to the carrier later this year.