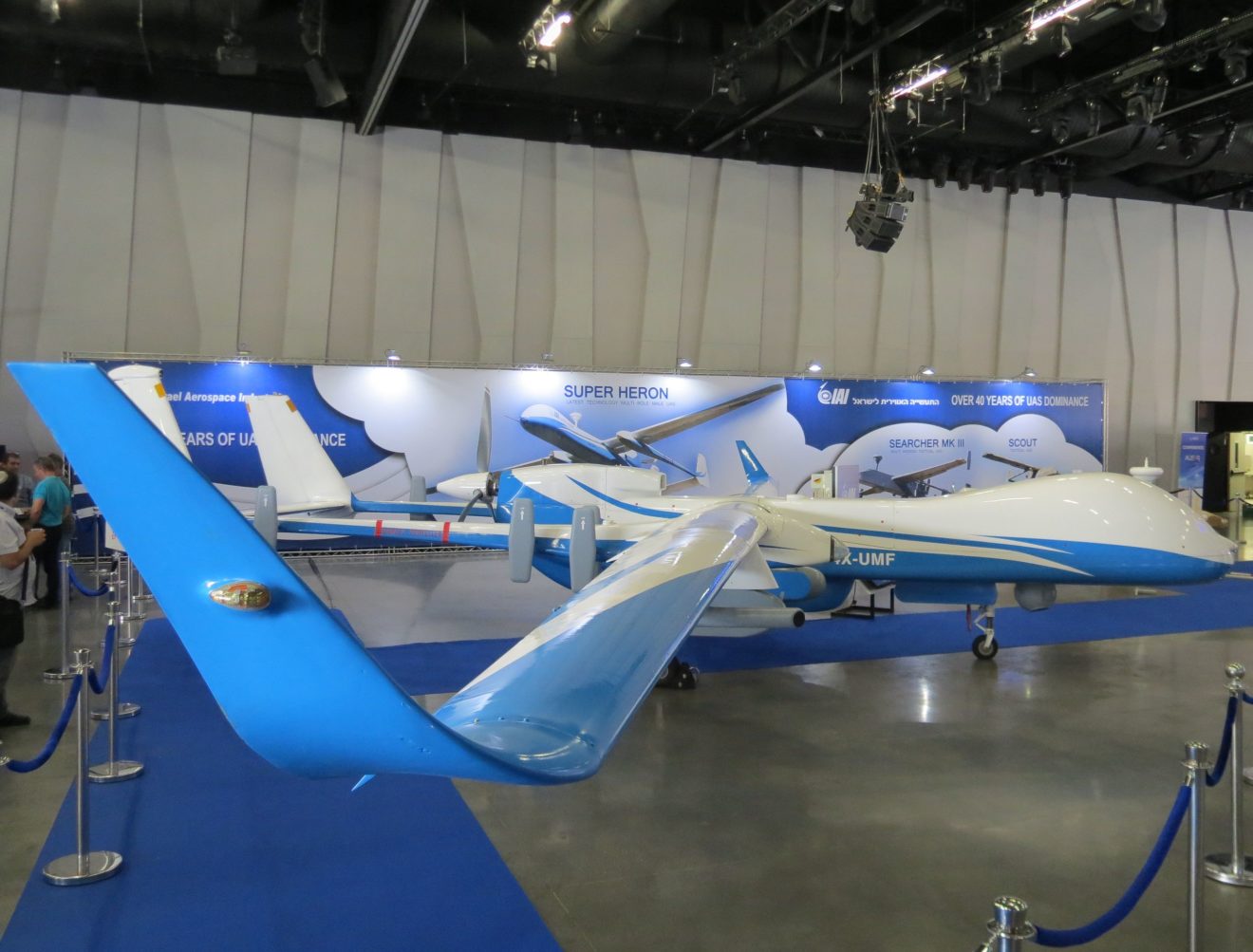 LONDON – 2Excel Aviation and Israel Aerospace have proven that the Heron UAS is 100% capable of operating in any weather conditions and thus received positive feedback from the UK Civil Aviation Authority.

2Excel Aviation, a British Aviation company, and Israel Aerospace Industries (IAI) have successfully completed a demonstration of Maritime Heron UAS, one of IAI’s flagship autonomous drones, in a series of life, Beyond Visual Line of Sight maritime search and ISR scenarios.

The demonstration flight began at West Wales Airport in Aberporth, Wales. At the demonstration event, there were many high-profile guests, this includes individuals from the Ministry of Defence, Government, and the Civil sector.

There were also attendees viewing the show virtually.

This is the beginning of meaningful partnerships between the two parties. The flagship Heron UAS is always mission ready. The drone was ready to go live within less than 2 days after arriving in West Wales.

The drone itself also maintained its full performance capability throughout the demonstration flight, which impressed all individuals at the event.

Importantly, the Heron UAS was able to reach all of its designated goals, and fly through challenging scenarios despite flying through turbulent weather.

The UAS’s highly sophisticated system showed that it has the capabilities to perform its designated missions, which include search and rescue, border protection, fisheries patrol, safety at sea, small boat detection and surveillance, and other activities.

To prove that the Heron UAS was, in fact, capable in any situation, all attendees at the demonstration flight were able to make requests of the Heros’s system and were related live to the Ground Control Station (GCS) during the demonstration.

These data are then collated and are constantly relayed and broadcasted to attendees at Wales and also those attending virtually using IAI’s pioneer data dissemination tool or CRIPS – Commander’s Remote Imagery Situation Picture.

IAI Executive Vice President and General Manager of the Military Aircraft Group, Moshe Levy, commented on the successful demonstration flight: “The Heron’s overwhelming success throughout the demonstration is thanks to effective and efficient cooperation with IAI’s world-class partner at 2Excel.”

“This demonstration signifies the growing bond between IAI and the UK industry.”

“The Heron UAS is a cutting-edge, world-class system, paired with IAI’s supportive data-gathering and analysis technology, which provides the customer with tailored solutions.”

“I am sure this demonstration will lead to future endeavors and hope to see the Heron fly again in U.K. skies soon.”

Co-Founder and Director of 2Excel Aviation, Andy Offer: “2Excel and IAI together demonstrated they can operate a very capable Medium Altitude Long Endurance (MALE) platform in the UK within the constraints of the current regulatory environment. It is another shining example of us being able to do difficult things well.”

“The feedback from the UK Civil Aviation Authority was very positive, and we feel confident about the roadmap for future unmanned operations across our suite of contract air services.”