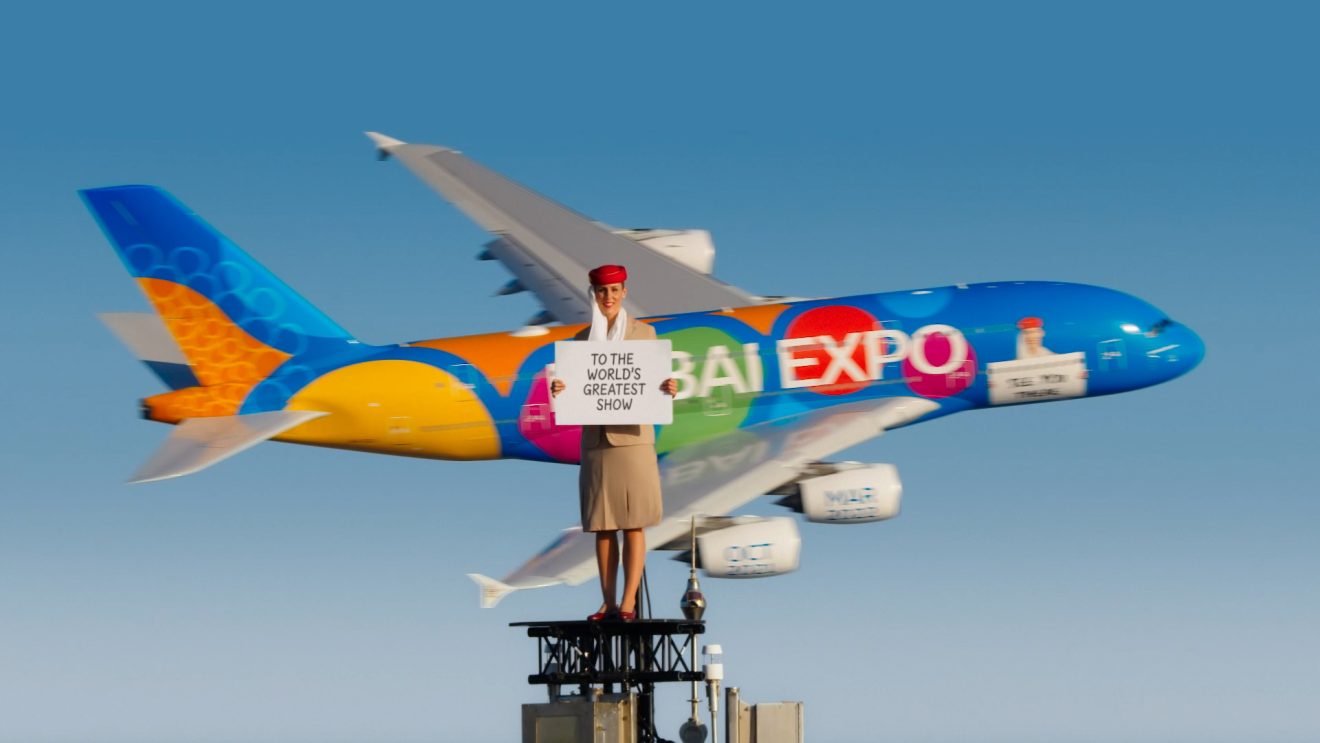 LONDON – Following the release of its epic stunt marketing, some helicopter footage has shown a unique look at the filming of the Emirates advertisement.

As you can see from the footage seen on Twitter, the helicopter was hovering just meters from the Burj Khalifa in the UAE.

This was so then the Airbus A380 in the advertisement, which was specially liveried to celebrate the Dubai Expo, could be seen flying past the flight attendant tied up to the top of the skyscraper.

Emirates revealed the newest part of its marketing campaign for Expo 2020 Dubai as its Airbus A380 soars past a stunt-woman on top of the Burj Khalifa.

The stuntwoman holds a sign offering an invitation to visit “the world’s greatest show”, as the Airbus A380 soars in the background as she stands firmly on the spire of the Burj Khalifa.

“Now at the halfway mark of its six-month run, the excitement and momentum around Expo 2020 Dubai remain strong. Our latest campaign boldly carries the Expo message and invites people to come and experience what is truly the world’s greatest show.”

“There is nowhere else right now that offers the raft of attractions, top-class entertainment and music, riveting sports, vibrant country and themed pavilions, a thriving culinary scene, and much more – all in one place.”

“Dubai and the Expo are already top attractions and our aim is to give global travelers even more reasons to choose Emirates and Dubai for their upcoming winter and spring holidays.”