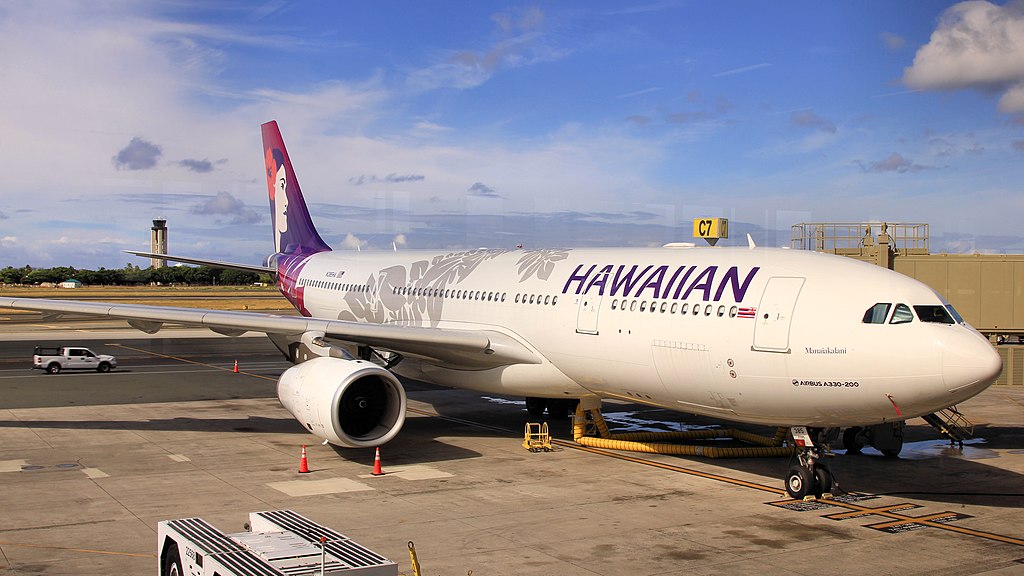 LONDON – On June 8, the Hawaiian based carrier, Hawaiian Airlines, announced that they have signed an MOU (Memorandum of Understanding) with Par Hawaii to explore the options of utilising Sustainable Aviation Fuels (SAF) to and from Hawaii airports.

As many airlines around the world begin to make huge leaps in looking at utilising SAF for their operations, Hawaiian Airlines (HAL) becomes the latest carrier to join that ever-growing list to significantly reduce their carbon emissions.

Par Hawaii LLC, an affiliate of Par Pacific Holdings Inc, is one of Hawai’i’s largest energy suppliers, who are heavily responsible for importing crude oil and producing various fuel types for Hawaiian businesses and consumers.

They are also responsible for providing Hawaii with a wide range of petroleum products, such as jet fuel, gasoline, and diesel.

This new MOU between Hawaiian Airlines and Par Hawaii will see both of the companies exploring the best solutions for the commercial viability of locally produced SAF in order to replace all, or at the very least a large percentage, of the jet fuel that is provided at Hawaiian airports to be made from sustainable crops.

They will be jointly evaluating the conversion of two units at Par Hawaii’s Kapolei Refinery on the south eastern coast of the Hawaiian island Oahu, not far from the major city of Honolulu.

This conversion would see the refinery producing renewable fuels, including SAF. They would also look into the production of locally grown, oil-yielding crops to support the renewable fuel rollout.

Commenting on this new MOU, President and Chief Executive Officer of Par Pacific, William Pate, has said, “We have over 260 employees at our Kapolei refinery engaged in high quality manufacturing work. We’re excited to be partnering with Hawaiian Airlines to innovate and position our business for the future.”

“Aviation fuel represents 40% of Hawai’i’s fuel demand, and our work with Hawaiian is an important step in addressing these emissions.”

Adding to Pate’s words, Hawaiian Airlines’ President and Chief Executive Officer, Peter Ingram, says, “This is the first step in what we hope will be a long and productive relationship that reflects both parties’ unwavering commitment to the environment and to these islands we call home.”

“SAF is an integral part of decarbonizing aviation, and we hope to be able to make joint investments in SAF production here in Hawai’i, which will benefit both the environment and our economy.”

“We know that it will take more than just our companies to accomplish this ambitious objective, and we look forward to engaging with partners across the community to build a more sustainable future for travel to, from and within the islands.”

The President of Par Hawaii, Eric Wright, has also commented on this new MOU, saying, “We believe we’re headed in the right direction by collaborating with Hawaiian Airlines to explore the shift from petroleum to biofuels at our Par Hawaii refinery.”

It is great to see yet another major U.S. based airline taking steps to help reduce global aviation’s carbon emissions, ultimately helping our planet to remain much greener and healthier for many future generations of people.

Hawaiian joins many of the large U.S. carriers, such as United Airlines, American Airlines and Delta Air Lines in investigating alternative solutions into reducing their carbon emissions as part of a global goal to achieve a much cleaner aviation industry.