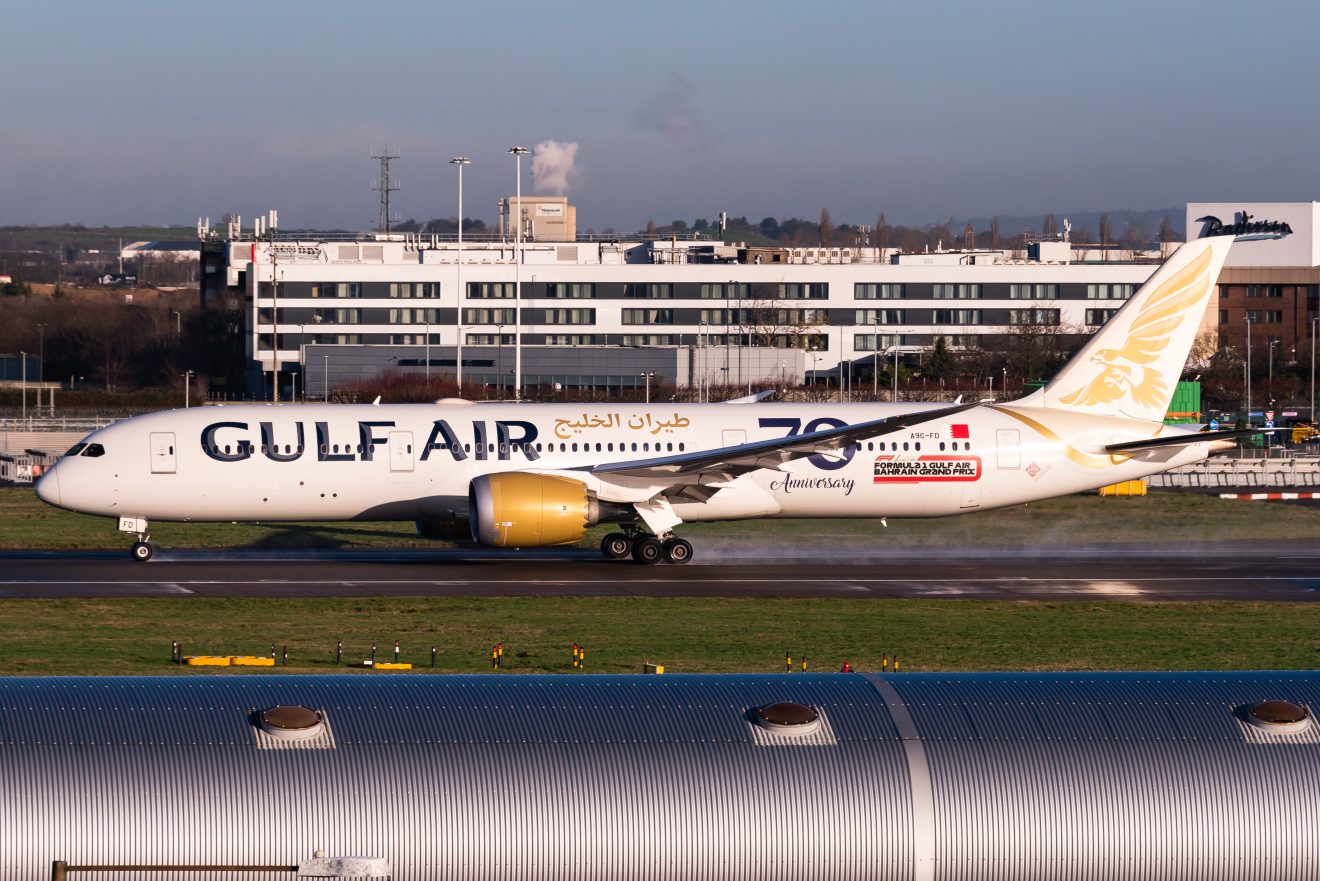 LONDON – Gulf Air has today announced that it will be operating to four new destinations being Manchester, Rome, Nice, and Milan in Summer 2022.

Services to Milan will commence on June 1 on a five times per week basis, with two weekly flights to Rome as well, marking considerable Italian expansion plans.

Services to Nice will commence on a twice-weekly basis from June 2.

As for Manchester, services will commence on a twice-weekly basis from June 1.

The airline will use the Airbus A321neo for flights to Milan, Rome, and Nice, with the Manchester flight being operated by the Boeing 787-9 Dreamliner.

Commenting on this news was Captain Waleed AlAlawi, the carrier’s acting CEO:

“The new routes to our network are a testimony of the continuous expansion of Gulf Air’s network by adding Milan, Rome, Manchester, and Nice”.

“These new destinations have been on our horizon and as travel bounces back to normalcy, we knew it was the right time to launch our new routes for our passengers.”

“Our network keeps adding popular boutique destinations that are favorite to many tourists and families in the Kingdom of Bahrain and the region especially as demand for travel grows in a healthy accelerated way towards the summer holidays.”

For Manchester, in particular, this is good news as it will be adding another Middle Eastern carrier to its portfolio, with Emirates, Etihad, and Qatar Airways as well as others operating out of that airfield.

This does seem to be a step in the right direction for the carrier, especially after news that the airline is in serious need of reform.