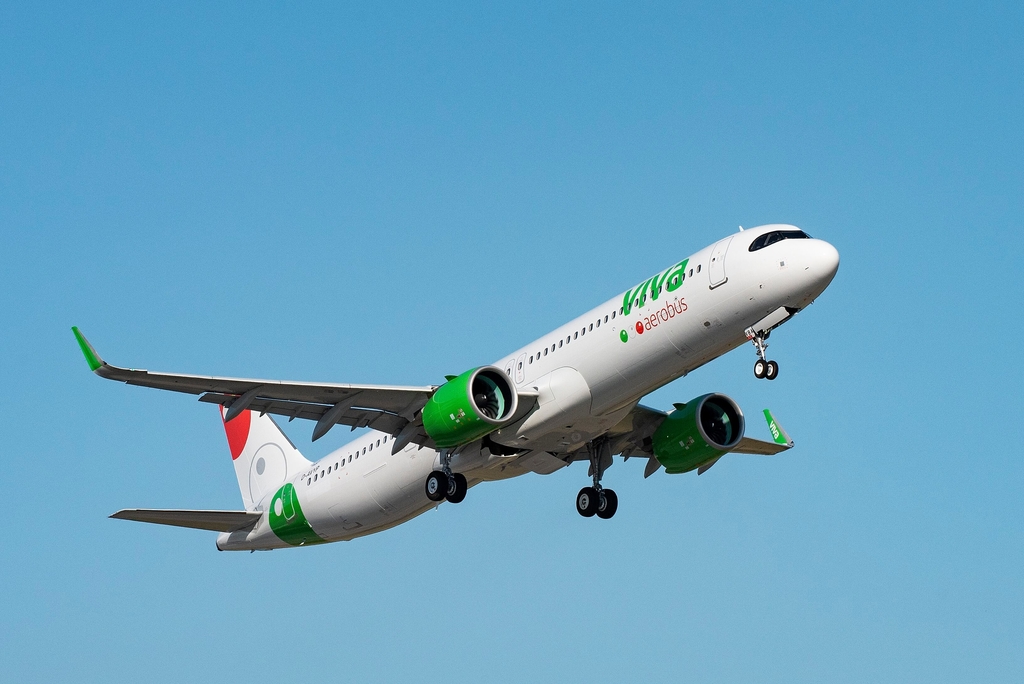 GOAL Aircraft Leasing, a leasing company based in Grünwald – Germany has successfully handed over one A321-231 narrowbody aircraft to Viva Aerobus (VIV). The aircraft carries a manufacture serial number of 7191. This delivery marks a continued strong relationship between GOAL and the Mexican carrier.

This is not the first aircraft that GOAL has delivered to Viva, but the third Airbus aircraft. The first two were Airbus A320NEOs, managed and owned by the German lessor.

Juan Carlos Zuazua, CEO of Viva Aerobus, said: “We are thrilled to increase our fleet with GOAL. We can continue with our growth plans and keep offering safe and reliable service at low fares to more and more destinations, for the benefit of more passengers.”

“With this delivery, we already total 60 aircraft that, together, make up the third- youngest fleet in all of North America.”

Christian Schloemann, Managing Director of GOAL added: “We are very pleased to have successfully delivered this A321ceo to our existing lessee Viva Aerobus. This is our third asset with the Mexican airline and we wish them many happy landings and a safe and successful operation.”

The delivery of the next A321 to Viva Aerobus signals that the market recovery is gaining full momentum in Mexico, at least in the domestic domain. Viva Aerobus taking in a new A321 poses optimism for the Mexican market and would want to avoid any capacity crunch for the summer peak travel season.

GOAL Aircraft Leasing is a joint venture of KGAL GmbH & Co. KG. The lessor is one of Germany’s independent pioneers in asset management. The company has a total of €15.2 billion in its investment portfolio. Moreover, GOAL to date directly manages and owns 50 aircraft worth over US$1.6 billion.

The company is an expert in technical asset management, aircraft remarketing, and operational leasing for over 2 decades.

Viva Aerobus is one of Mexico’s leading low-cost airlines, co-founded by Irelandia Aviation (Ireland) and is 100% owned by IAMSA, a bus company group based in Mexico. The airline operates a fleet of 60 narrowbody jets comprising the A320 family aircraft.

The airline is one of the largest low-cost operators in the country and is known for operating a fleet of fuel-efficient and a high modern aircraft.