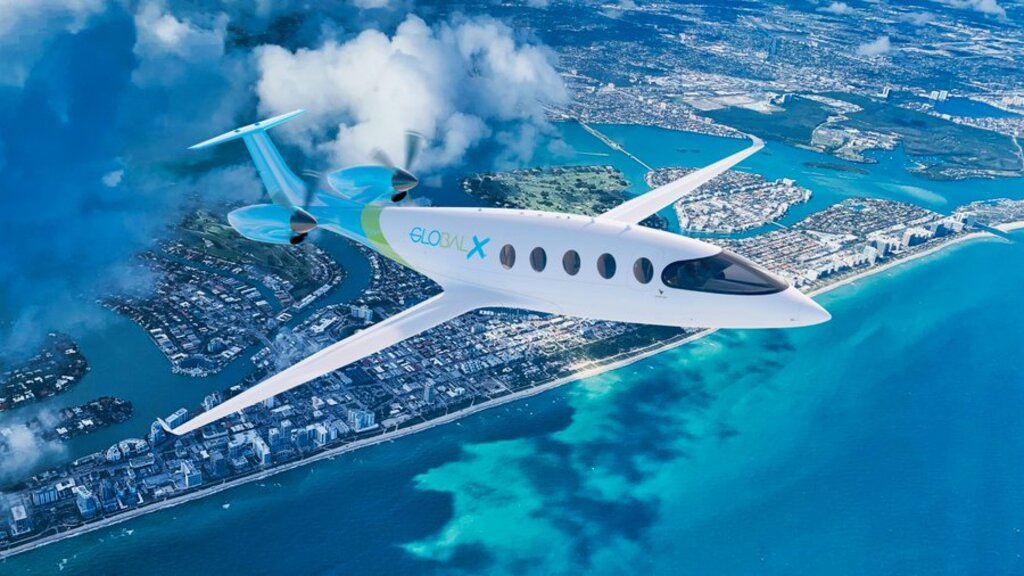 LONDON – Miami based Global Crossing Airlines Group Inc, also known as GlobalX, has today announced that they have signed a letter of intent to purchase 50 all-electric aircraft from Washington based manufacturer, Eviation.

In what is a good step toward greener, more efficient air travel, CEO of GlobalX Ed Wegel said: “The Alice aircraft will allow us to offer sustainable, regional flights to and from major markets, and is the first step in our initiative to be a zero-carbon emissions airline by 2050.”

“We are proud to be a launch customer for Eviation and lead the charge in bringing carbon-free air travel to our passengers.”

About Eviation & the Alice

Eviation, founded by Omer Bar-Yohay and Aviv Tzidon, who both served in the Israeli military before moving on to develop advanced powertrain and clean energy generation and storage systems.

2019 saw the functional prototype of the Alice aircraft introduced to the industry at the Paris Air Show. This aircraft is the type GlobalX has penned an agreement to take 50 jets.

These are likely to support the airlines growth by enabling them to open new routes in key market areas such as Florida, the Bahamas and the Caribbean.

“We are delighted to enter this agreement with GlobalX, whose investment in zero-emissions flight demonstrates the airline’s commitment to cleaner skies, lower operational costs, and the provision of the most innovative options for air travel.”

“Quieter, smoother and with a cabin design that defines the future, the in-flight experience aboard the Alice will offer GlobalX passengers a new way to fly,” said Eviation President Gregory Davies.

The jet that flies 9 passengers and two crew has been in production since 2021, and expects to see the first flight of the commuter variant take place during 2022. The magniX propelled aircraft will help drive GlobalX towards their sustainability goals.

It produces zero carbon emissions and significantly reduces noise compared to similar commuter aircraft, whilst also being significantly cheaper to run per hour when pitted against comparable light or higher end turboprop jets.

Davies also said of the deal: ”Charter travel is attractive to both individuals and groups as it offers flexibility, privacy and convenience. Alice represents a pioneering approach to making this type of aviation sustainable for generations to come.”

GlobalX, is a young operator itself having only started flight operations in August 2021 with seven Airbus A320 jets. They plan to expand operations by commencing cargo routes in Quarter Four of 2022, utilising 15 Airbus A321 freighter aircraft for these cargo routes.

Upon delivery of the Alice aircraft, which is scheduled for 2027, GlobalX is expected to introduce sustainable flight options for markets such as Miami, Orlando and the Bahamas.

“Eviation’s Alice aircraft is setting the standard in sustainable aviation, and we plan to offer the aircraft to our cruise line, tour operators, leisure travel providers, and business clients with a need for short-haul charter flights across Florida,” Wegel also said.